Martin Bryan Silvera-Albor, 22, is accused of approaching an officer from behind and repeatedly hit him in the head and neck, cutting the officer on the neck. 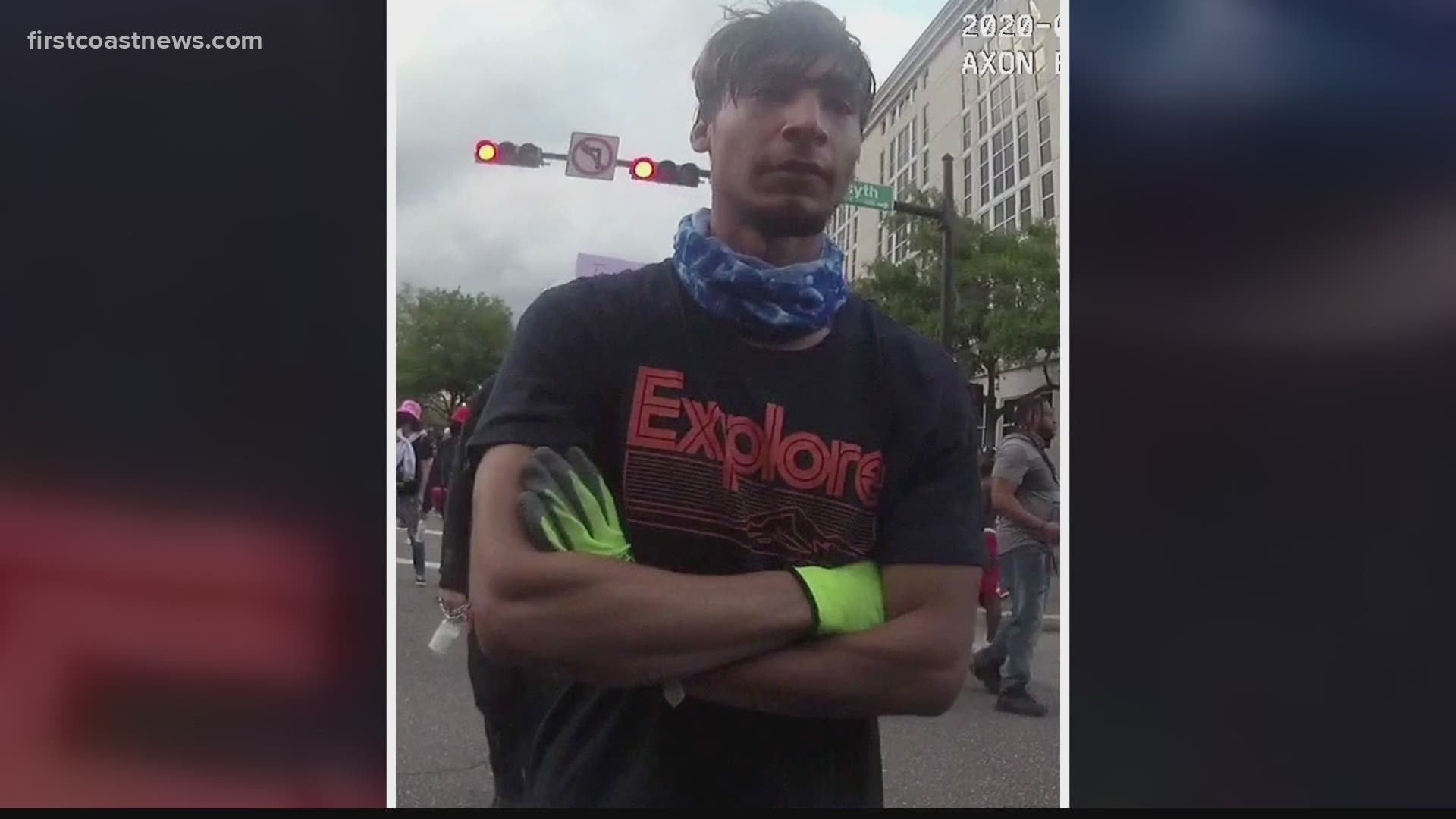 On Thursday, the Jacksonville Sheriff's Office arrested the man accused of attacking a JSO officer and cutting his neck during a protest in Downtown Jacksonville last month.

Thanks to a tip, JSO arrested Martin Bryan Silvera-Albor, 22.

JSO said Silvera-Albor approached the officer from behind and repeatedly hit him in the head and neck, cutting the officer on the right side of the neck with an unknown object which required the officer be taken to the hospital for treatment.

Silvera-Albor was wanted for aggravated battery on a law enforcement officer.

The incident happened Saturday, May 30, when police were in the area of Bay Street after one of several protests. Hours after the protest, a group of people began to protest in a violent manner, JSO said.

"It was during this time, as a JSO officer was attempting to manage the large unruly crowd, [Silvera-Albor] approached the officer from behind and repeatedly struck him in the head and neck areas," JSO said.

A warrant was issued for Silvera-Albor, who was taken into custody without incident.