The victim had filed an injunction against Derrek Perkins Monday after he tried to run them over with his car, but he was never served, the arrest report states. 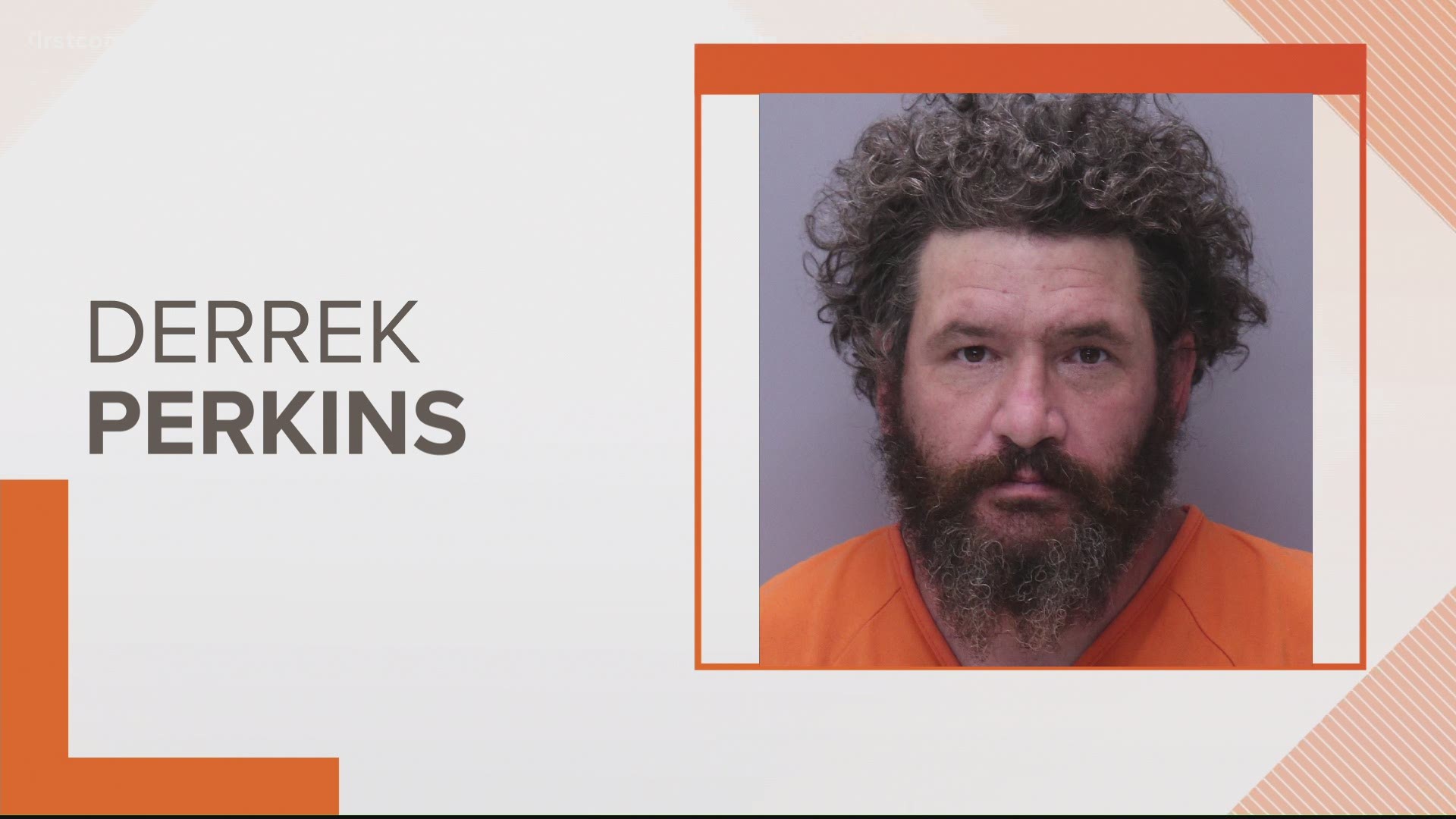 HASTINGS, Fla — A man is facing murder charges after a deadly stabbing in Hastings Tuesday night, according to the St. Johns County Sheriff's Office.

The victim had filed an injunction Monday against 41-year-old Derrek Perkins of Green Cove Springs after he tried to run them over with his car in a parking lot Friday, but Perkins was never served the injunction, according to the arrest report.

Tuesday night at 10:19, SJSO was called to a home in Hastings, where a 911 caller said Perkins stabbed the victim then fled the scene. Deputies found the victim on the front porch of the home with stab wounds, and they were pronounced dead at the scene at 10:35 p.m, the report states.

A witness told detectives they heard screaming and a bang at the front door, and another witness heard the victim screaming "Help me!" several times, according to the arrest report. The witness opened the door and saw the victim lying in blood on the porch with Perkins standing nearby, the report states.

Another witness told detectives they had picked up the victim from work and returned to the home after circling the block looking for Perkins' vehicle due to previous and current issues the victim had with him, according to the report. Once they believed it was safe, the witness parked across the street from the home and walked with the victim to the front of the home. When the victim reached the top of the steps, the witness turned to close a pet gate, and that's when Perkins pushed past the witness, the report says.. The witness could hear the victim yelling "Help me!" but could not see what was happening, according to the arrest report.

The witness told detectives not long after, they could hear Perkins' vehicle driving away. They began CPR on the victim while another witness called 911, the report says.

Investigators found Perkins around 10:30 p.m. at State Road 207 and Morrison Road with droplets of blood on his legs, according to the arrest report.

The report says on Friday, Perkins committed aggravated assault against the victim when he tried to run them over with his vehicle as the victim walked across a parking lot. Perkins fled the area and was unable to be located, but criminal charges were filed.

The victim obtained an injunction against Perkins Monday, signed by the Honorable Judge Alexander, the report says. On Tuesday, Perkins entered the victim's place of employment and stole something, then fled the scene, leading to charges of petit theft being filed against him, according to the report.