On April 9, Levon Jennings was charged with the first-degree rape and oral sexual battery of a 3-year-old. 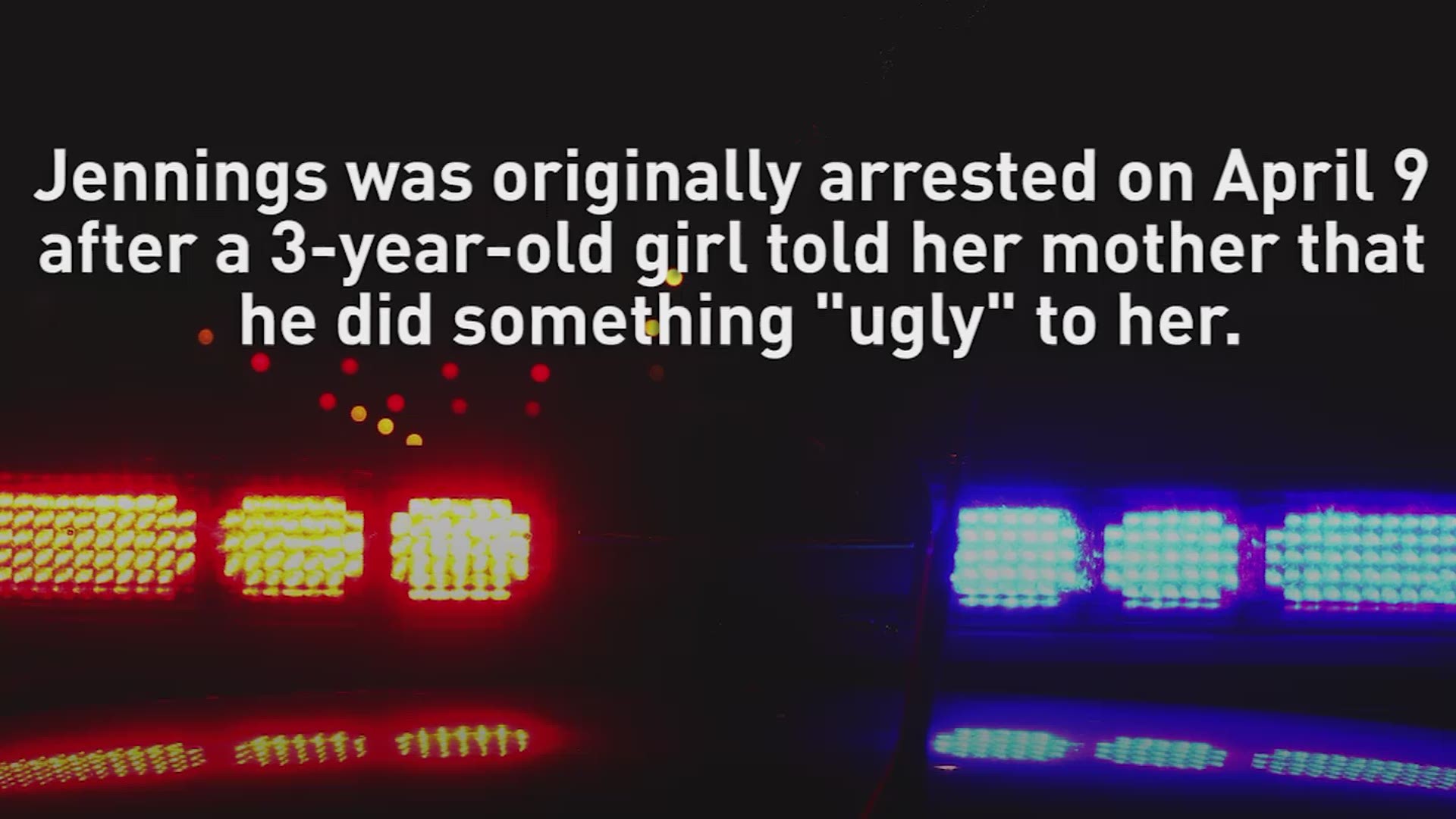 A Monroe man accused of the rape and sexual assault of a three-year-old child is also HIV positive and facing a new charge of intentional exposure to the AIDS virus.

After the complaint was filed, investigators obtained medical records from the Ouachita Parish Health Unit that indicated Jennings tested positive for the HIV virus in October 2013 and was notified about the results.

In October 2014, Jennings had a follow-up appointment where the HIV diagnosis was discussed, and the fact that Jennings had never been to a clinic for treatment was documented. Notes state that the importance of treatment for HIV and condom use was discussed.

On April 23, Jennings was interviewed at OCC and said he knew he was positive for chlamydia, gonorrhea and syphilis but denied knowledge of being HIV positive.

On April 9, Jennings was charged with the first-degree rape and oral sexual battery of a 3-year-old.

The victim told her mom that Jennings did something "ugly" to her. She said Jennings told her that he had medicine to give her, according to the warrant.

A later medical examination revealed the possibility of sexual intercourse, the warrant states.

In an interview at the Children's Advocacy Center, the victim repeated her story and used a body diagram to describe the encounter.

Police later collected a blanket from the child's home for testing to determine if a substance found on it was semen or lotion.

Officers reported that the mother previously referred to a bottle of cocoa butter skin lotion as medicine, and a bottle of the lotion was in a bathroom in the home.