Lenox Square Mall: What we know about Saturday's officer-involved shooting

Police say an officer opened fire while trying to stop an armed robbery. 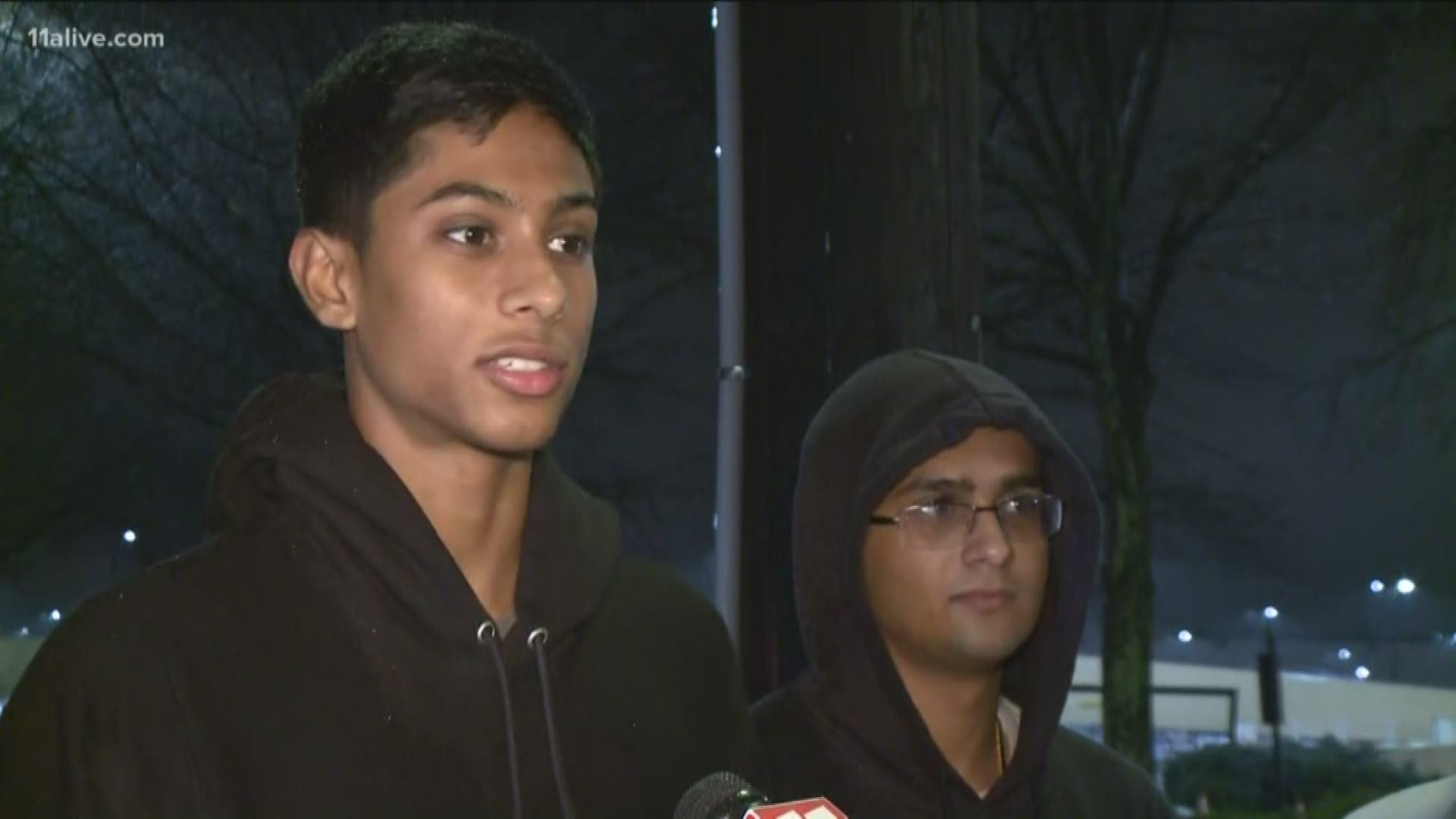 ATLANTA — One suspect is hospitalized and another in custody after an officer says he was forced to open fire to break up an armed robbery in-progress at Lenox Square Mall on Saturday.

Police said 21-year-old Christian Edlin of Louisville, Kentucky was shot and is in serious but stable condition after refusing to lower his weapon for an Atlanta Police sergeant. Deputy Chief Jeff Glazier said the sergeant, who was patrolling the area, was flagged down by someone who said a robbery was underway in the parking garage. The sergeant then found two men - one of them Edlin - holding another man at gunpoint.

"He identified himself, he ordered the suspect to drop his weapon," Glazier said. "The suspect refused, so our sergeant fired multiple times striking one of the suspects in the chest and the arm."

A second suspect was initially arrested in the incident but hasn't been identified.

A GBI investigation has since uncovered information that suggests the man thought to be the robbery victim, 23-year-old Antonio Williams, was actually the one who stole from one of the other men.

Neither Williams nor the officer involved in the shooting was uninjured. Glazier said there were multiple witnesses at the scene and the gun used during the attempted robbery was found.

Glazier also pointed out that the Atlanta Police Department does have a precinct at the mall and that played a role in having an officer nearby when the robbery actually occurred.

Posts on Twitter from customers at the mall suggest that they heard the gunfire inside with one person suggesting people were running. Others claimed the mall was now on lockdown.

One shopper spoke with 11Alive and described the moments after he heard the panicked screams of others in the mall.

"We went to, like, the Finish Line - the store downstairs - and we saw, like, just a couple of people running and we heard a lot of screaming," he said.

At this point, he said everyone was sprinting toward the exits.

It wasn't until he started searching social media that he found out what actually happened. That's when he and others took cover.

"We sort of hid in a parking garage over there and heard a bunch of sirens so we assumed that maybe he was apprehended," he said. "But, like, the area was safe, so we decided to come back."

Glazier said the Atlanta Police Department had called in the GBI to investigate as an independent agency. This is standard practice for many departments when an officer discharges a firearm and injures or kills a suspect.

This is the second shooting at the mall in roughly a month's time. The other involved two suspects in the heart of the holiday shopping season. In that particular case, the suspects shot a Macy's employee in a parking deck as they attempted to rob her and possibly take her vehicle.

It also followed another mall shooting weeks earlier - this one at Cumberland Mall in Cobb County. In that shooting, two men were arrested for opening fire on someone in the food court causing similar chaos as many tried to find cover or get outside the mall entirely.

She vanished right near the local high school; then she was sold for sex