Kessler, whose mental competency has been a source of several delays in her murder case, promised "a show" if she had to leave her cell for Thursday's hearing. 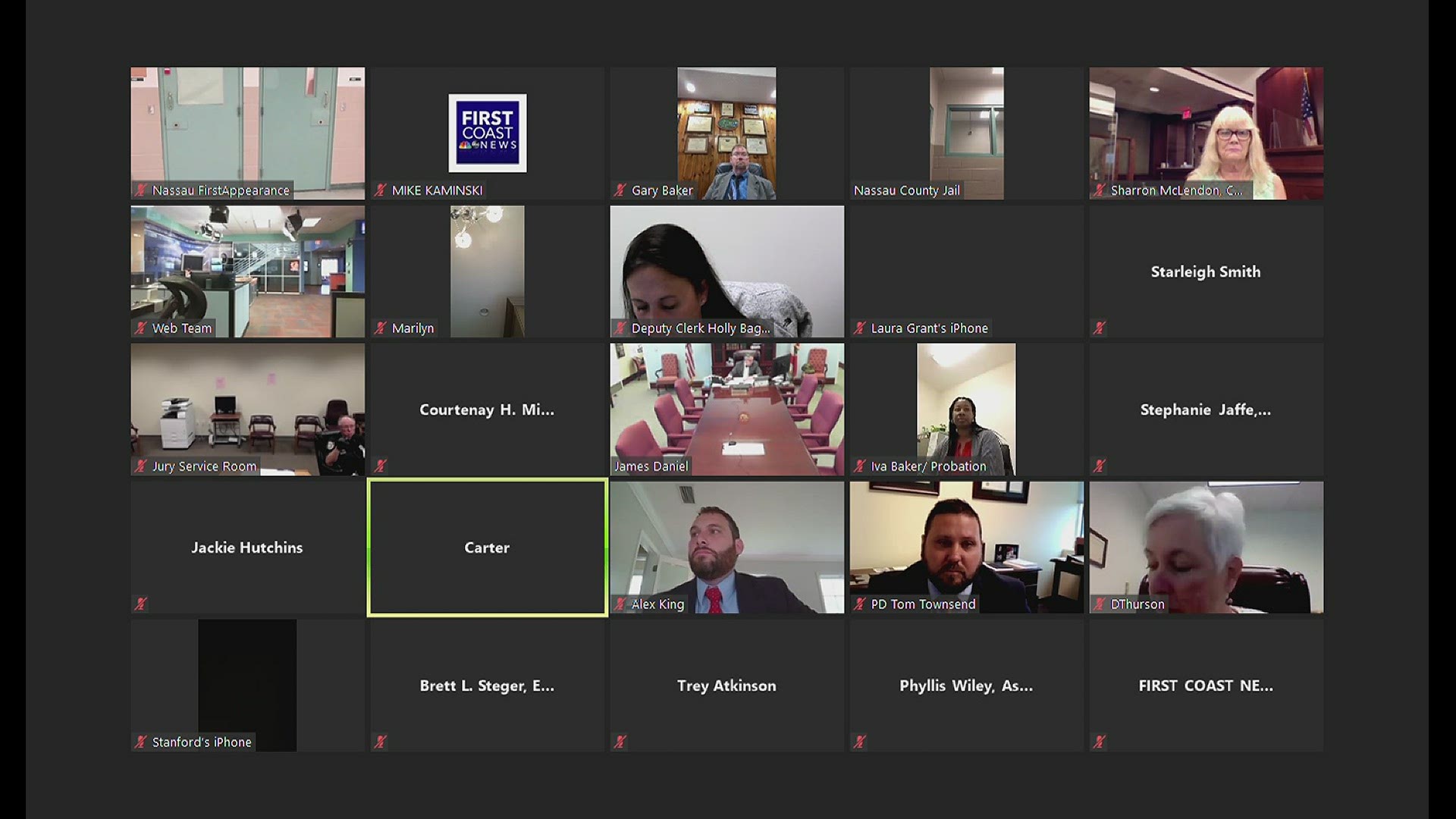 NASSAU COUNTY, Fla. — The woman accused of killing a Nassau County mother whose body has never been recovered in 2018 was a no-show at a scheduled mental evaluation hearing Thursday.

The hearing, which took place via Zoom, is one of several court proceedings to assess whether Kimberly Kessler is mentally competent. An officer at the Nassau County Jail told the judge that Kessler refused to leave her cell and began to remove her clothing.

"She said she would not want to come out to court," the officer said. "(She said) she's going to 'put on a show' and began to take off her smock."

The judge was unfazed.

"All right, fair enough," he responded.

Kessler is charged with murder in the death of 34-year-old Joleen Cummings, a mother of three who was last seen on Mother's Day in 2018. The two worked together a a hair salon in Yulee.

Kessler was arrested several days after Cummings' disappearance after video appears to show her abandoning Cummings' vehicle. She was charged with first degree murder in September 2018.

In February, a Nassau County judge set Kessler's trial for Aug. 18, but there have been numerous questions about whether Kessler is competent to stand trial. She has been on an ongoing hunger strike and was recently charged with battery on a law enforcement officer after an incident involving smearing feces on herself and her cell walls and throwing feces at an officer.

Kessler has twice refused to see a doctor for a mental evaluation, the public defender said. He sent her jail records to the doctor, who may have to do the report based on those records.

The judge passed Thursday's hearing to May 27 for a check on Kessler's progress.