“This offense occurred because of Katrina Brown and her decisions. She devised the scheme … she knew that it was wrong,” the judge said. 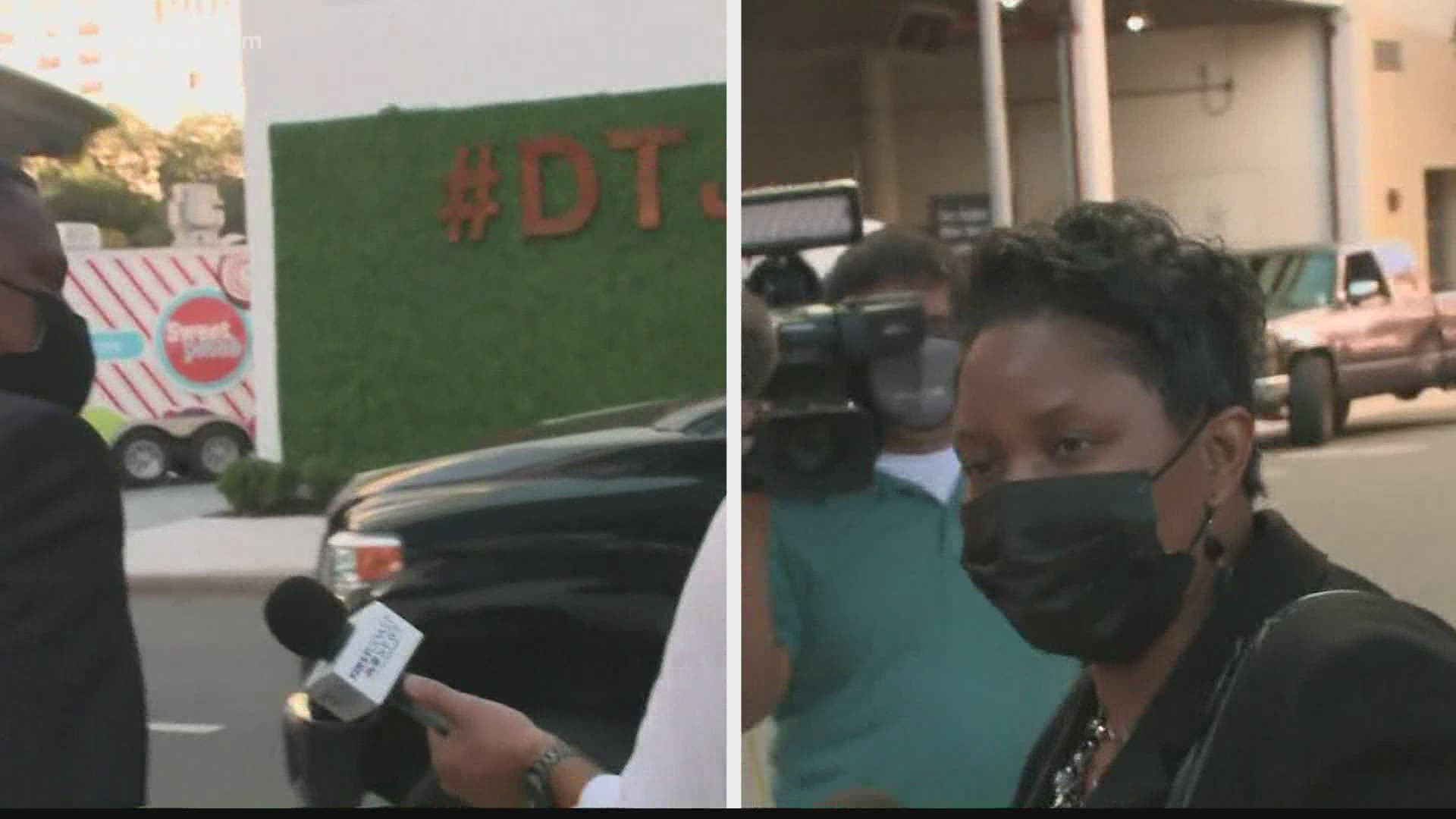 U.S. District Judge Marcia Morales Howard ordered Katrina Brown to pay $425,334 in restitution and said Reggie Brown owed $411,752 for his part in a series of frauds that grew out of a doomed plan to open a barbecue sauce factory with a federally backed loan.

“This offense occurred because of Katrina Brown and her decisions. She devised the scheme … she knew that it was wrong,” the judge said.

The pair, who are not related, were convicted last year of crimes including mail and wire fraud, money laundering and conspiracy for actions that were separate from their roles as council members.

Separate or not, prosecutors had emphasized the Browns’ positions as city leaders and repeatedly said those roles made time behind bars essential.

“When elected official conspire to steal taxpayer money, they go to jail. That’s what has to happen in this case,” Assistant U.S. Attorney Michael Coolican argued during two days pf hearings that preceded the judge’s decision.

Katrina Brown, who touted her business acumen when she was elected in 2015, handled invoices and payments for a $2.65 million small-business loan her restaurant-operating family took out to build the factory for their signature product, Jerome Brown BBQ Sauce.

Both politicians were still on the council when they were indicted in 2018 and suspended from office.

Katrina Brown’s family businesses, CoWealth LLC and Basic Products LLC, had envisioned millions of dollars in revenue from sales to retailers including Sam’s Club and Winn-Dixie when the loan was negotiated in 2011.

But few orders materialized and the Commonwealth Avenue warehouse that was bought was never fully converted to a factory.

This is a developing story and will be updated.