Jury in trial of accused killer Russell Tillis is mostly white women and those who support the death penalty. 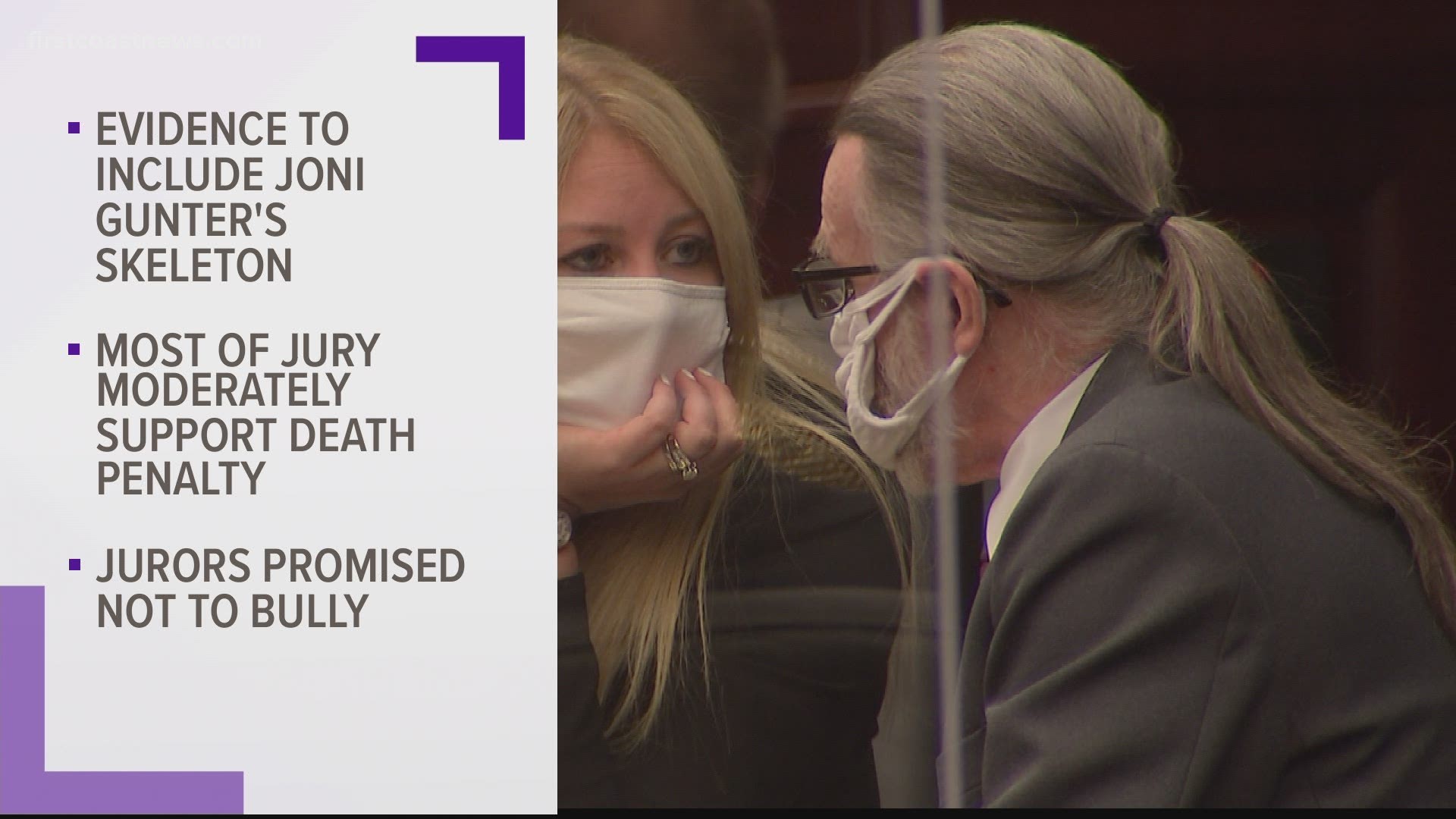 Twelve jurors and three alternates were selected from pool of 60 in a case that will determine if a man accused of killing a woman and burying her dismembered body in his Southside backyard deserves the death penalty.

Tillis has pleaded not guilty.

The jury is composed of mostly white women over 30, as well as people who ranked their support of the death penalty as a “5” or greater on a scale of 1 to 10.

The one juror who ranked herself a “1 or 2,” who was selected Monday, came to court early Tuesday to tell the judge she could not serve as a juror on the case because she found the prospect too upsetting.

The content of the trial will be upsetting. Not only must jurors decide if the 59-year-old Tillis lives or dies, but they will also have to hear and see harrowing evidence, including pictures of the skeletonized remains of Tillis’ alleged victim, 30-year-old Joni Gunter, and the testimony of one of Tillis’ alleged victims, who says she escaped his home after being held captive and raped.

Since many potential jurors arrived staunchly supporting the death penalty, defense counsel Allison Miller spent much of her time not just asking them about their views, but schooling them on their rights and responsibilities as jurors.

She frequently noted that a death sentence is never required – “not in this case, not in the worst possible case you can imagine” -- and that, if the event the case moves past the guilt phase into a penalty phase, the verdict “requires 12 individual moral assessments.”

She also made each juror pledge not to bully, or be bullied by, anyone during deliberations.

However, as attorneys began choosing and striking jurors late Tuesday, Miller objected to Circuit Judge Mark Borello’s decision not to remove potential jurors she considered problematic. One described himself as an “8” on a 1-10 scale of death penalty support, and noted, “An eye for an eye – I guess I am one of those guys.”

Another described the allegations as “a monstrous crime,” that likely merited the death penalty. When Borello declined to remove the jurors “for cause,” Miller removed both potential jurors using her limited peremptory strikes.

Miller also expressed concerns over prosecutors’ removal of five black jurors and demanded “race-neutral” justifications. In each case, Borello determined Prosecutor Alan Mizrahi removed the juror based on “genuine and not pretextual reasons.”

However, Miller made her dissatisfaction part of the court record.

For his part, Borello said he found Miller’s approach to vetting jurors problematic, saying it “seeks to find as many cause challenges as you can,” adding, “It creates a danger when the defense does this.”

“I have been concerned for two days that the tone of the defense questions have been, not intentionally misleading, […] but the import of many of the questions from the defense side are an effort to get the jurors to vote based on a certain set of ‘what you are going to hear,’” Borello said. “[Their response] does not mean they can’t hear the actual mitigating factors and come to a proper decision.”

The trial gets underway Wednesday at 9 am with opening arguments, which will be live-streamed at firstcoastnews.com.

If the jury convicts Tillis on the first-degree murder charge, the trial will move into a penalty phase next week, at which jurors would make that life or death determination.