The suspect broke into the Beach Boulevard Sam's Club, firing several shots while inside, the Jacksonville Sheriff's Office said. 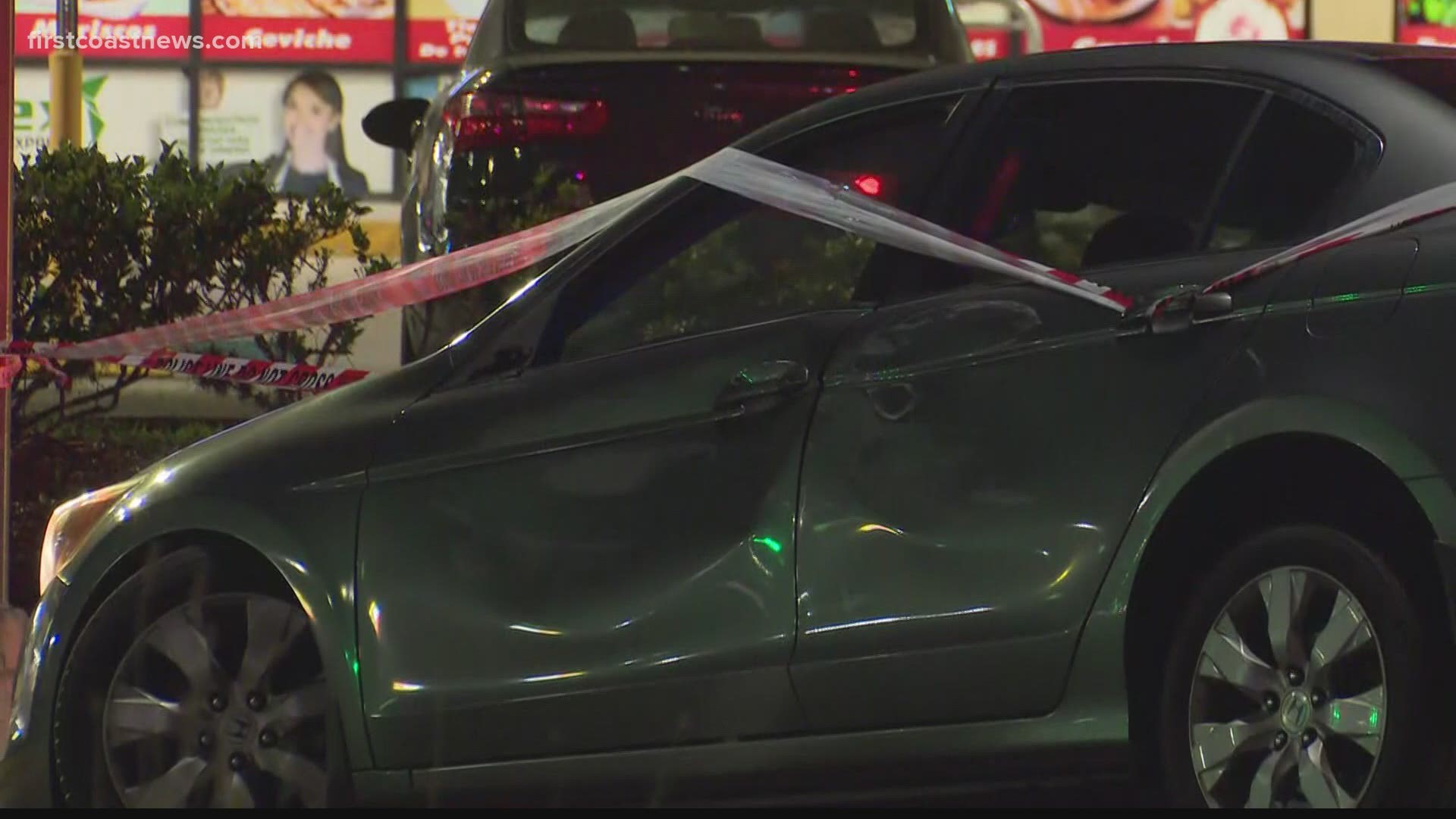 JACKSONVILLE, Fla. — The Jacksonville Sheriff's Office arrested a woman who is believed to have threatened several people with a gun following a crash.

At about 9:30 p.m., multiple vehicles were involved in a crash near the intersection of Beach Boulevard and Anniston Road. After the crash, one of the drivers allegedly pulled a gun on the other drivers in the crash, the Jacksonville Sheriff's Office said.

The suspect, identified only as a Black female, went to a food truck in the parking lot of Sam's Club at 10600 Beach Boulevard and pointed the gun at several more people, police said. She did not fire.

Afterward, she enters the Sam's Club store, which was closed at the time. She fired shots through the front glass doors, entering through the shattered glass, police said. She fired more shots inside the stores before leaving in a side door.

There were employees inside the store as she was firing shots, though none of them encountered the suspect, and no one was hurt, according to the JSO.

Police arrested the woman as she left Sam's Club. She went to the hospital with non-life-threatening injuries that police believe she received from broken glass. Police expect the woman to face several charges.

There was a large police presence on the scene as officers worked to investigate the incident, including interviewing witnesses.

The Violent Crimes Unit and Evidence Technicians are investigating the entire incident.

1/4 JSO tells us around 9:30 p.m., the car crash pictured above happened. One of the drivers pulled out a handgun and pointed it to the others involved. The woman then ran across the street and pointed the gun at several others at a food truck and in the Sam's parking lot @FCN2go pic.twitter.com/zGl77m4aSM