The Jacksonville Sheriff's Office says the suspect killed in an officer-involved shooting outside Walmart sprayed wasp spray into the responding officer's face. 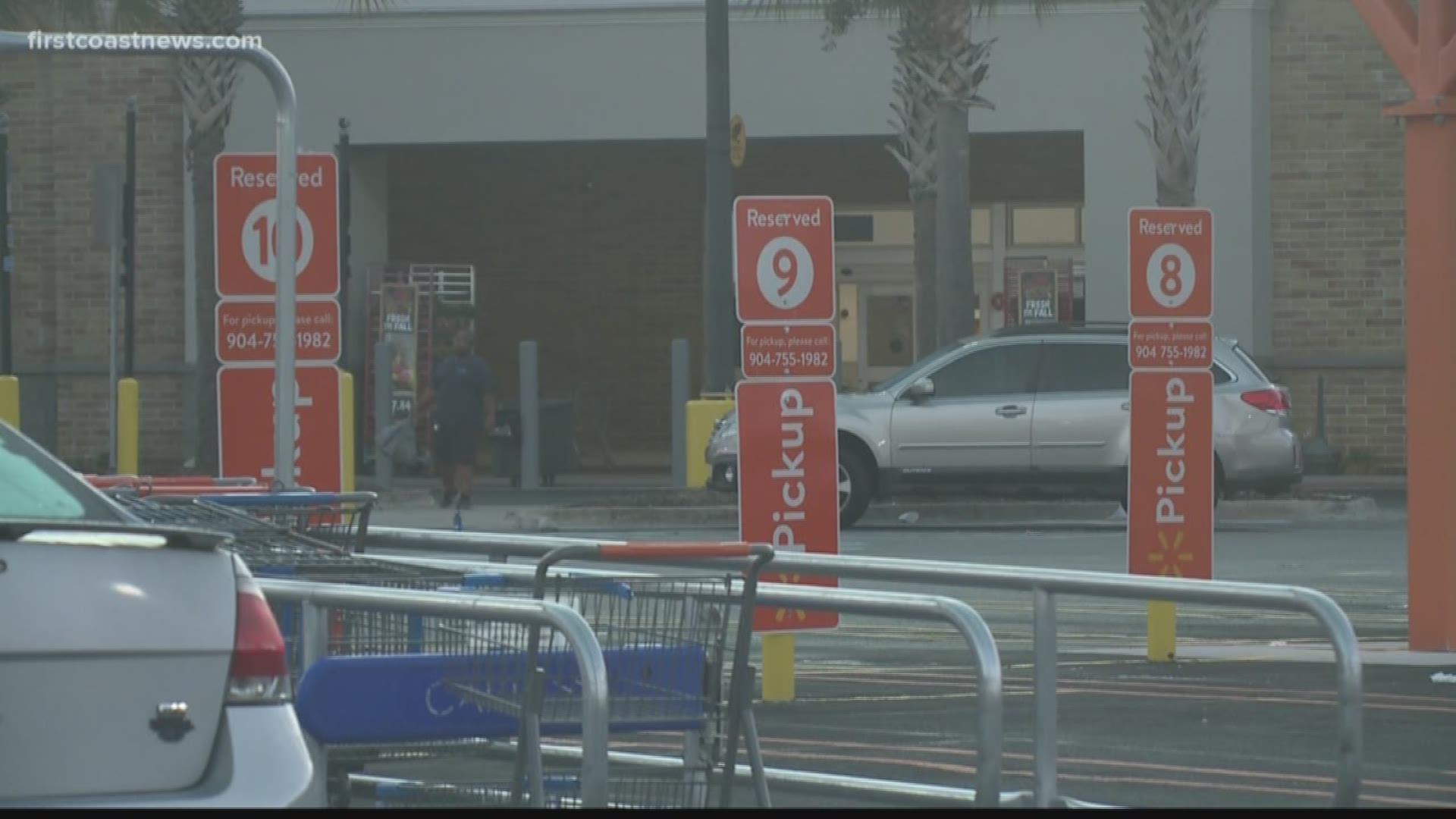 The Jacksonville Sheriff's Office gave new details Sunday regarding Friday's deadly officer-involved shooting in which the now-deceased suspect sprayed wasp killer into the face of a police officer at a Northside Walmart.

JSO Chief T.K. Waters said police were called to the Walmart at 13277 City Square Dr. in reference to a disturbance at 10:40 p.m. Friday.

Once that disturbance was handled peacefully, Waters said the responding officer, Officer S. Doreseliun, was approached by an employee regarding a man reportedly causing another disturbance.

Employees told Doreseliun the suspect, Bruce William Clark, 37, was being "aggressive and making employees feel uncomfortable," according to Waters.

A security guard at the store told Doreseliun to be careful because the suspect had been seen armed previously inside the store, Waters said.

When Doreseliun approached the suspect on the sidewalk outside the store, the suspect was reportedly crouching down with one of his hands out of view.

That was when Waters said Clark turned around and sprayed Doreseliun in the face and body with wasp/hornet spray. Clark was also armed with a 15-inch baton and knife, according to police.

Doreseliun then fired three rounds from his weapon and the suspect was pronounced dead at the scene.

"In these types of situations when an officer leaves or an officer approaches someone, and once he becomes incapacitated, that encounter becomes an armed encounter for both individuals," Waters said. "Officer Doreseliun, knowing that, reverted back to his training and had to use deadly force in this situation."

The officer was unharmed. He is on administrative leave, per JSO policy.

According to crime analyst Mark Baughman, the officer had to make a split-second decision.

Doreseliun has worked with JSO for three-and-a-half years and this is his first officer-involved shooting, Waters said.

Doreseliun had not been issued a bodycam at the time of the incident.