Arlisa Tarver is accused of accessing JSO's database to look up information regarding criminals and suspects then relaying that information to civilians. 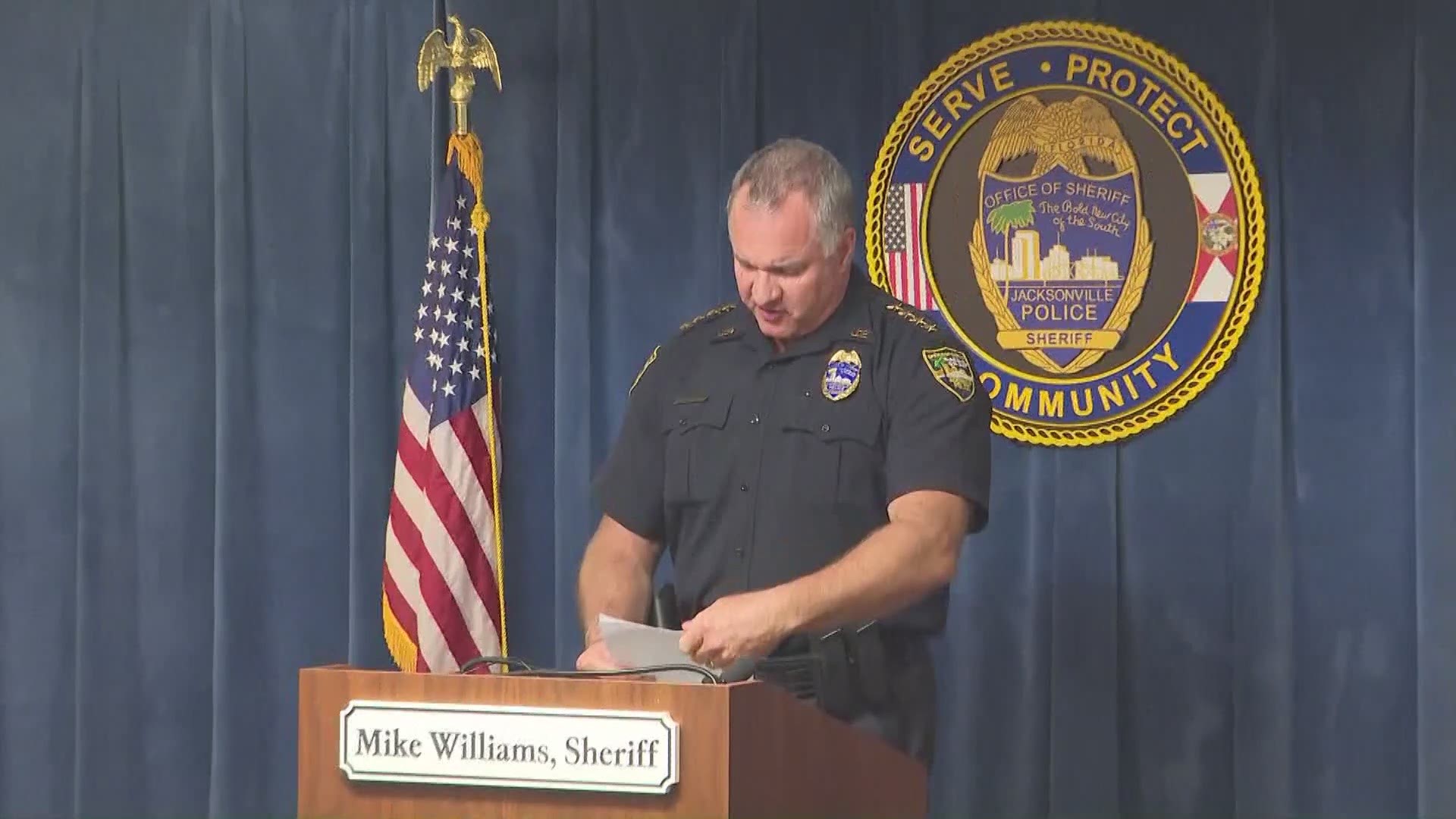 JACKSONVILLE, Fla — The Jacksonville Sheriff's Office announced Tuesday it has arrested an employee for reportedly relaying confidential information about violent felons and suspects to civilians.

Arlisa Tarver, 40, who works as the executive assistant to the chief of patrol, has been booked and is facing immediate suspension, according to JSO.

Tarver is accused of accessing the agency's computers and databases to look up information regarding criminals and suspects then relaying that information to civilians connected to them. JSO said the people she looked up have violent offenses, including suspects wanted for murder.

JSO said this created a hazard for officers on the job.

"She is notifying individuals out there on the street that are wanted for murder," JSO undersheriff Pat Ivey said, "so if an officer comes in contact with them, let's say for running a stop sign, it wouldn't be a far stretch that it's putting that officer in danger ... that individuals going to think 'Hey they're coming in contact with me because I'm wanted for murder."

Ivey said Tarver had been looking up and relaying confidential information since the beginning of 2019.

"She was running the names, she was releasing that information to civilians in the world that were asking 'Hey can you check and see if this person has a warrant," Ivey explained.

Tarver is facing two charges. The first charge is the disclosure of confidential criminal information and the second is the offense against computer users.

She was being held on a $50,006 bond and she was released. JSO said she will be fired from the agency. Her arrest marks the sixth within the agency in 2020.