JSO said they found a man with non-life-threatening injuries outside an apartment around 12:45 p.m., but the victim would not talk to police. 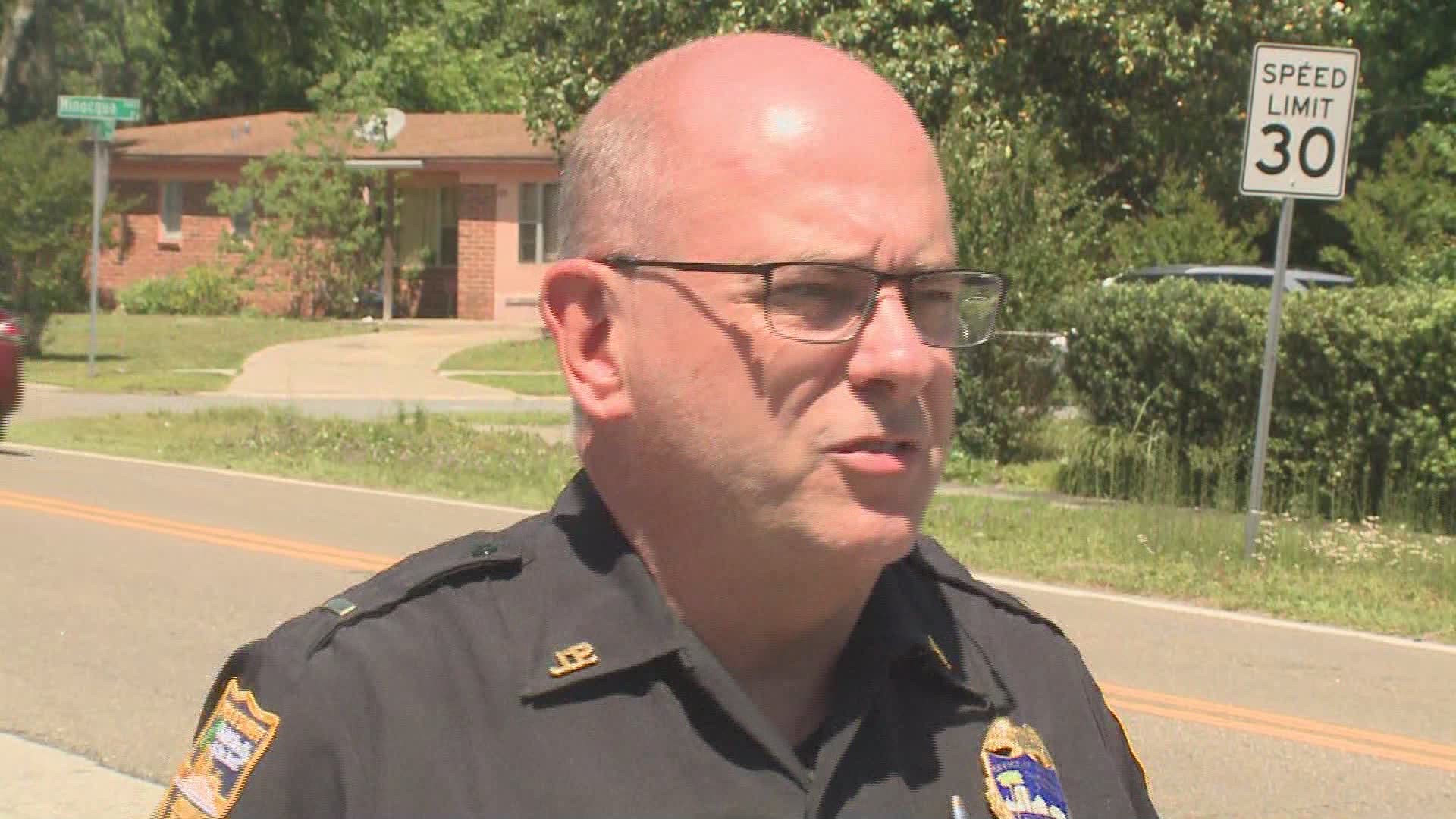 JACKSONVILLE, Fla — The Jacksonville Sheriff's Office is asking for help from the community to find the person responsible for a shooting in Southwest Jacksonville Tuesday afternoon.

It happened at an apartment complex on the 5400 block of Seaboard Avenue. Police were called to a report of multiple shots fired and one person shot around 12:45 p.m.

When officers arrived, they found one man who had been shot outside of an apartment. Jacksonville Fire Rescue Department crews took the victim to the hospital with non-life-threatening injuries, JSO said.

The victim refused to speak to police, according to JSO. No information about a suspect in the shooting was available.

The JSO Violent Crimes Unit's detectives are handling the investigation. Anyone with information is asked to call JSO at 904-630-0500 or email JSOCrimeTips@jaxsheriff.org.

You can also remain anonymous by calling First Coast Crime Stoppers at 1-866-845-TIPS.