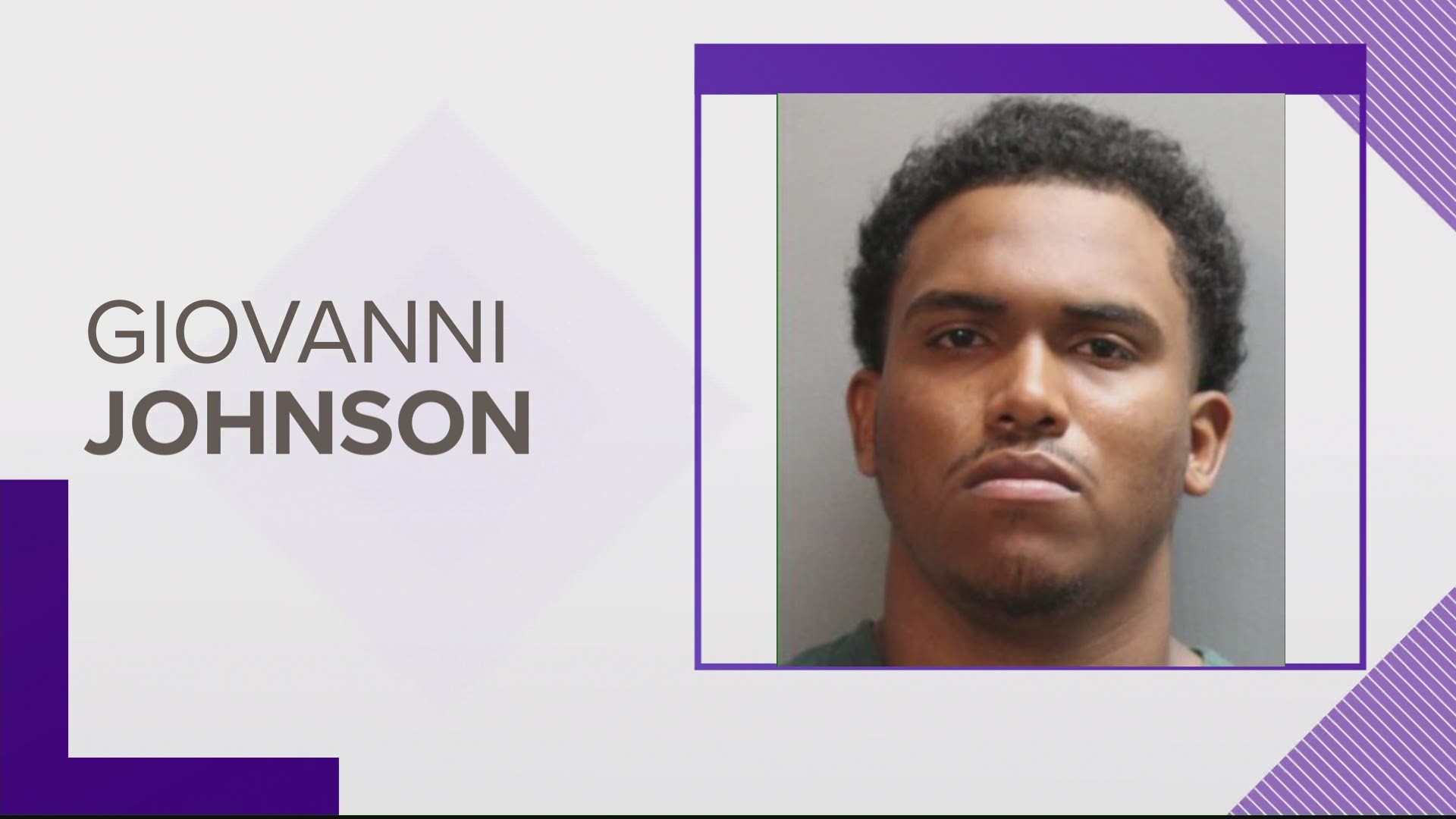 JACKSONVILLE, Fla. — The Jacksonville Sheriff's Office arrested a suspect believed to be responsible for a burglary and sexual battery near the Arlington area.

The suspect involved in the crime was described as a man in his early 20’s with Black hair and facial hair, and approximately 5’9”, police said.

On Saturday, an officer pulled over 19-year-old Giovonni Johnson for a traffic violation. Johnson also had a scooter that matched the one described in the burglary and sexual battery, JSO said.

The officer arrested Johnson and charged him with armed sexual battery, armed burglary and false imprisonment.