Officers described the suspect vehicle as a small silver Sedan with three of four male occupants inside. 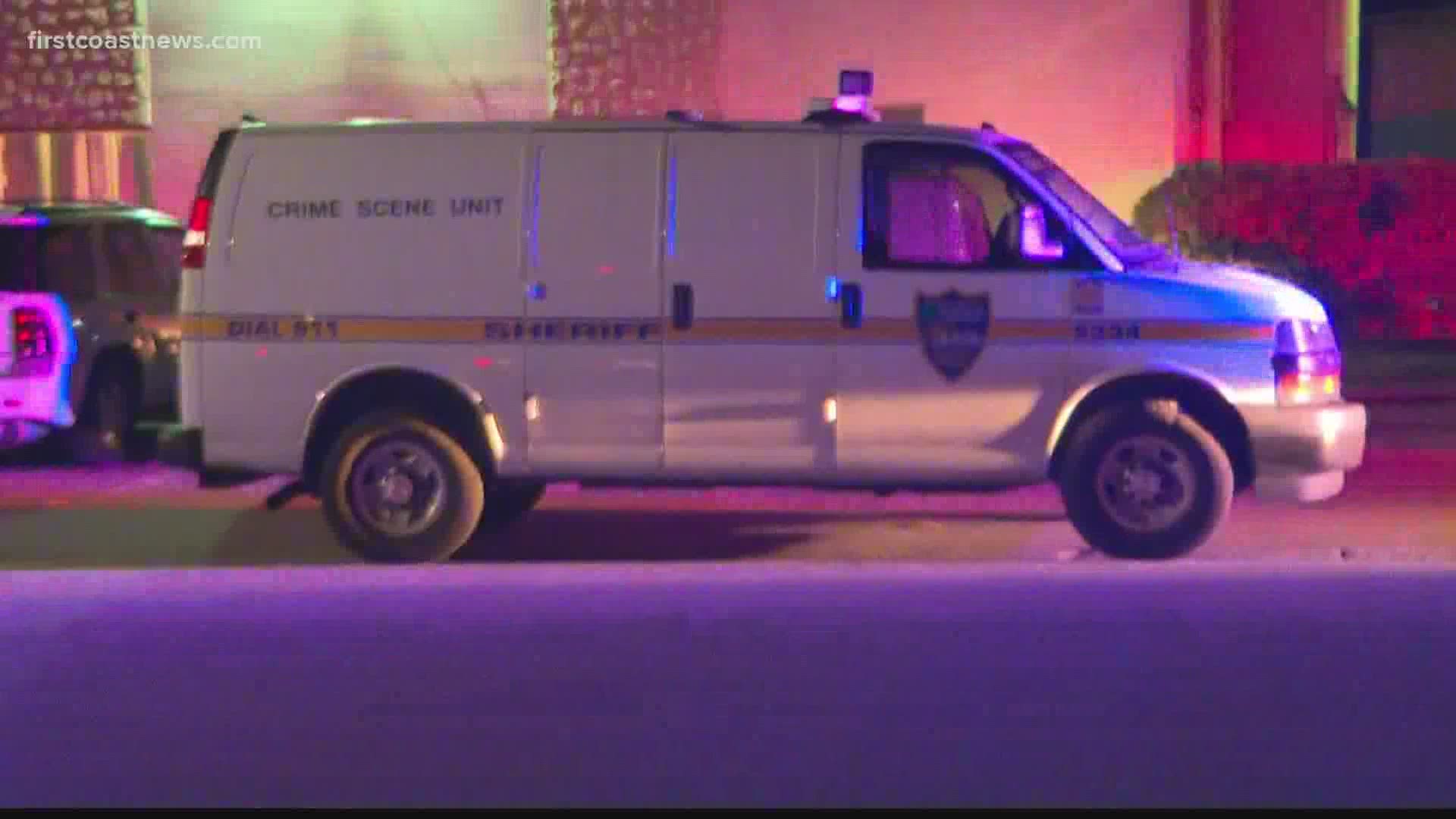 JACKSONVILLE, Fla. — A homicide investigation is underway after a man was shot and killed in the parking lot of an apartment complex on Barnhill Drive Sunday night, according to the Jacksonville Sheriff's Office.

JSO said officers responded to reports of a person shot at 5675 Barnhill Drive around 6 p.m.

When officers arrived on the scene they found a man suffering from a single gunshot wound.

The victim was transported to a local hospital where he was later pronounced deceased.

JSO said the victim was standing near a vehicle in the parking lot at the Three Fountains Apartments when the suspect vehicle pulled up and fired several shots at him.

The victim was struck by one of the bullets and then the vehicle fled the scene.

Officers described the suspect vehicle as a small silver Sedan with three or four male occupants inside.

At this time, investigators are interviewing witnesses and canvassing the scene for possible surveillance video.

JSO believes the victim was targeted and said there is no threat to the community.