Police have allowed residents who were evacuated from their homes back into the neighborhood. 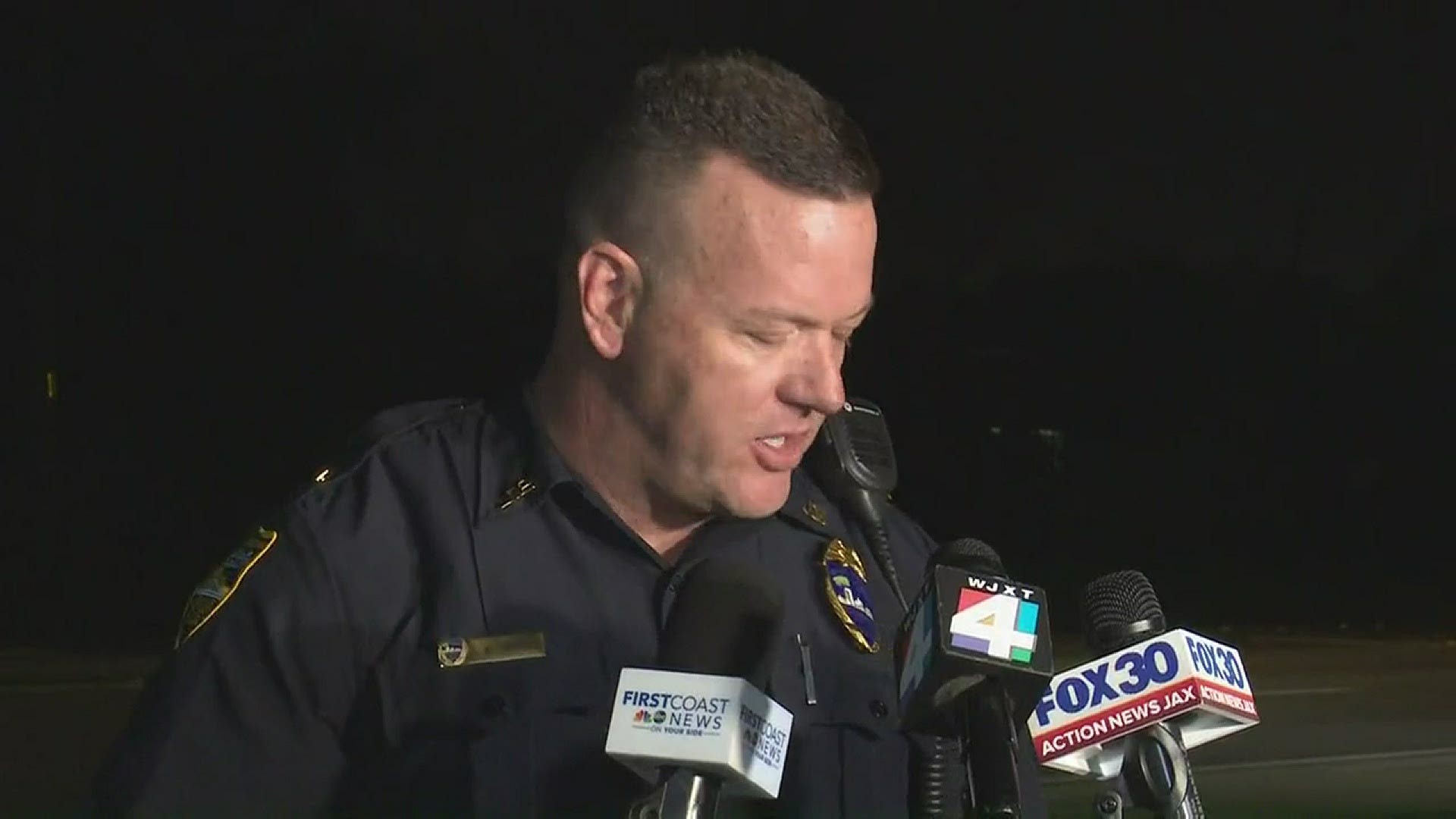 JACKSONVILLE, Fla. — A suspect is in custody after allegedly shooting a man then engaging the Jacksonville Sheriff's Office with an hours-long standoff in the Arlington area, according to the JSO.

At about 5:39 p.m., police responded to scene after receiving a call concerning a two-vehicle crash at 300 Tidewater Cir. North where a driver had been shot, the sheriff's office said.

However, witnesses told police the incident actually happened at about 3:45 p.m. at Tidewater Circle West.

The victim suffered two gunshot wounds to the wrist and abdomen. His injures are considered non-life-threatening, police said.

Police unsuccessfully tried to get the suspect to come outside and surrender, marking the beginning of an hours-long standoff. Meanwhile, officers evacuated neighbors from their homes for their safety during the standoff.

Both SWAT and the Violent Crime Unit later arrived on the scene. Police did not detail the tactics used by SWAT during the standoff but confirmed tear gas was used.

Ultimately, SWAT placed the suspect in custody. The neighborhood has since reopened to residents.

At the time of his arrest, the suspect was intoxicated and may have been injured, but those injuries are considered non-life-threatening, according to JSO.

The suspect faces charges of aggravated battery. Police confirmed the suspect was involved in another incident at the home back in 2013.

Police said they do not know the motive for the shooting, however detectives are still investigating.

First Coast News obtained a series of surveillance videos from a neighbor who lives nearby the scene of the standoff. In one of the videos, it appears arguing and gunshots can be heard.

In another video, SWAT can be heard talking to the suspect through a megaphone.