JSO says the shooting happened at 1153 Airport Rd., which is listed as the Travelodge Inn & Suites by Wyndham Jacksonville Airport. 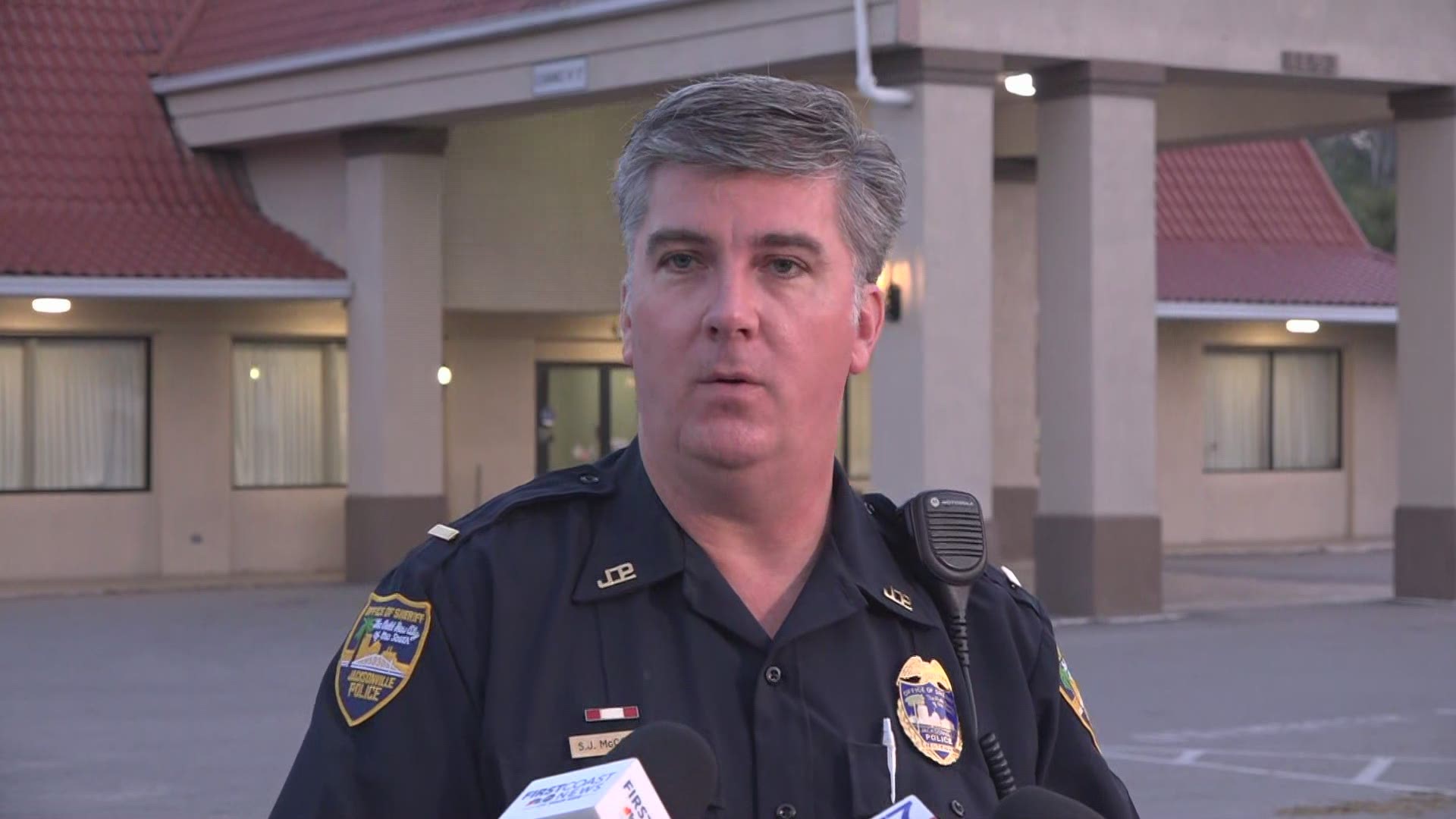 JACKSONVILLE, Fla. — The Jacksonville Sheriff's Office is investigating a shooting at a motel on Airport Road on the city's Northside.

JSO says officers were called to 1153 Airport Rd., the Travelodge Inn & Suites by Wyndham Jacksonville Airport, just after 3 a.m., for a reported shooting.

When police arrived at the motel, they found a woman with gunshot wounds. She was taken to the hospital in life-threatening condition, police said.

No suspect information was available, and police did not say whether there were any witnesses to the shooting. The investigation is still in its early stages and police will be on scene to conduct the investigation "as long as it takes," according to JSO.

Anyone with information about the shooting is asked to call JSO at 904-630-0500 or email JSOCrimeTips@jaxsheriff.org. You can also remain anonymous by calling Crime Stoppers at 1-866-845-TIPS.