JSO says the suspect, Jacoby Lamar King, 26, shot and killed his ex-boyfriend, Ryan Mark Chesser, 33, and another man, Eric James Bryant, 32, before turning the gun on himself. 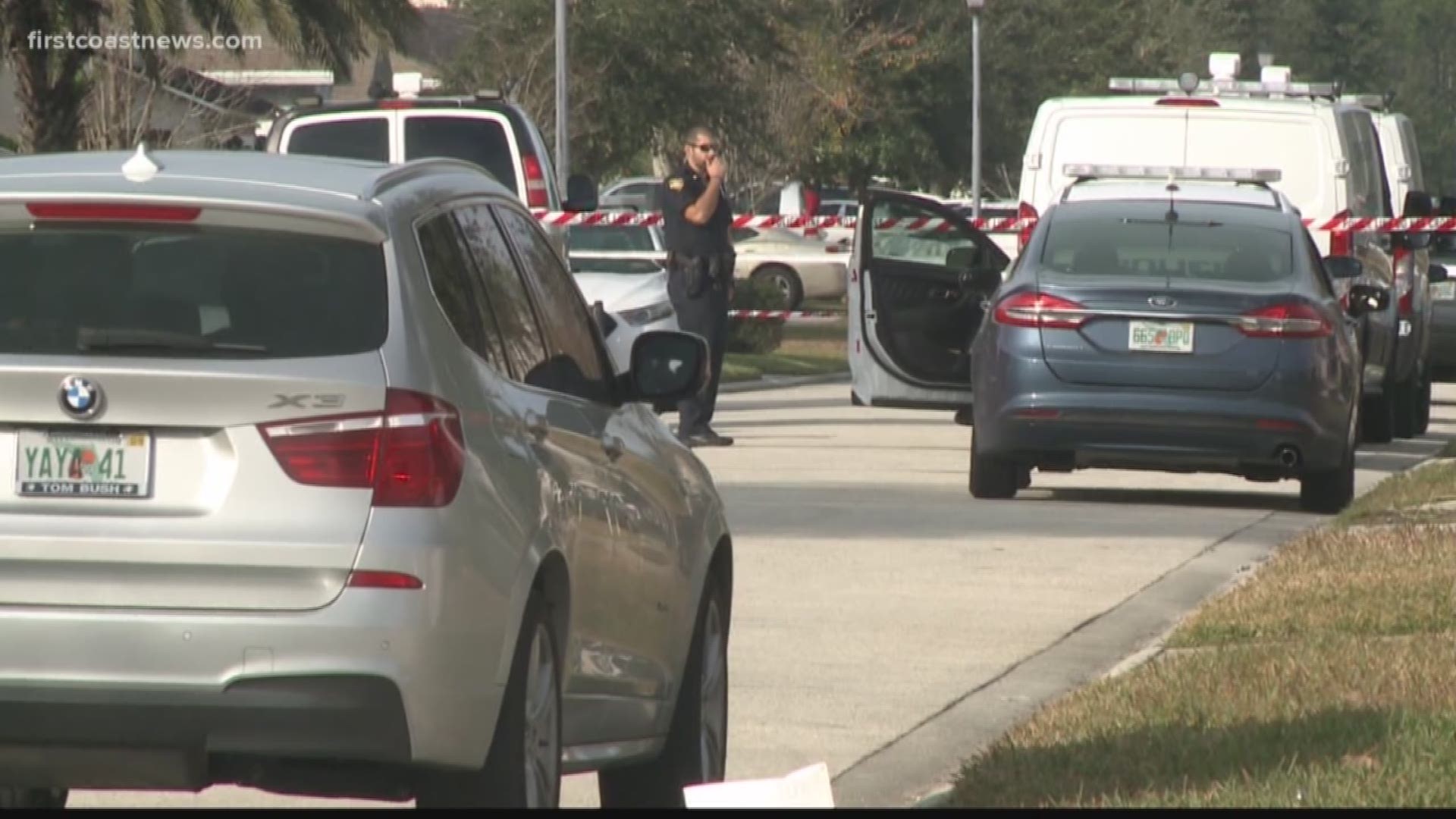 JACKSONVILLE, Fla. — The Jacksonville Sheriff's Office has released the identities of the three people killed, including the suspect, in a murder-suicide that happened Saturday on Jacksonville's westside.

JSO says the suspect, Jacoby Lamar King, 26, shot and killed his ex-boyfriend, Ryan Mark Chesser, 33, and another man, Eric James Bryant, 32, before turning the gun on himself.

The shooting happened hours after police say King spotted Bryant and Chesser out with two other individuals. Police says King then followed the group back to Chesser's home in the 11400 block of Brian Lake Drive. There, police say King ambushed and shot all four people before killing himself.

A neighbor who lives two doors down from the scene woke up to her dogs barking because of the gunshots.

“Three o'clock this morning, the police was here, the dogs were barking, these people got back from the club and the shooting happened after that," Mary said.

Mary heard the raw reaction from one of the victims' siblings.

“I heard the sister crying saying, I don’t believe he’s dead. The other young lady was telling her, stop saying that, and she was devastated, she cried and screamed out loud," Mary said.