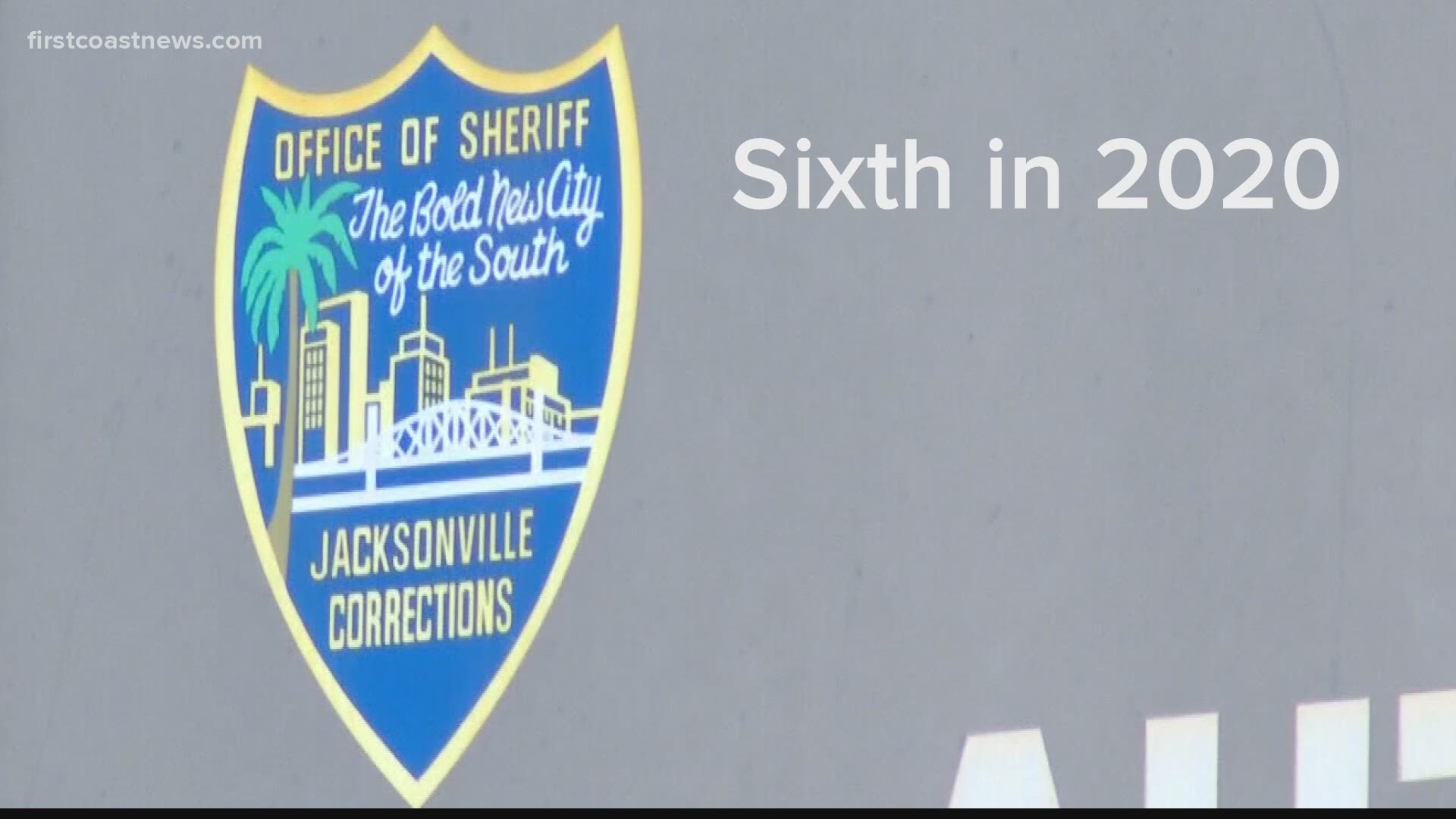 Undersheriff Pat Ivey said an executive assistant to the chief of patrol, Arlisa Tarver, used JSO databases to relay information to the public, including information about violent felons. Tarver was the sixth JSO employee arrested this year, according to Ivey.

"She is notifying individuals out there that are wanted for murder," Ivey said, "so if an officer comes in contact with them, let's say for running a stop sign, it wouldn’t be a far stretch that it’s putting that officer in danger as the officer is approaching the car that that individual is thinking, 'Hey, they’re coming in contact with me because I’m wanted for murder.'"

Tarver's arrest is at least the 61st since Sheriff Mike Williams took office in 2015. It's a number tracked by Florida Times-Union reporter Andrew Pantazi.

"The reason it could be more, and I don't know, is that a number of officers have had their cases sealed or expunged after their arrest, meaning either the cases got dropped and they were able to get them sealed, or the prosecutor or the judge withheld adjudication," he said. "So, even though they were guilty and they got sentenced or some sort of punishment, they were able to avoid conviction on their record."

As part of Pantazi's reporting in July, 59 employees had been arrested, but just two received jail sentences. An officer charged with DUI got 10 days in jail. An officer who pleaded guilty to one of two rape charges got six years in prison.

Most of the rest no longer work for JSO.

"There's a few ways you could look at the number of arrests at JSO. One is you could say, here's a sheriff who cares deeply about accountability and he is arresting his employees when they do something criminal," Pantazi said. "The other would be to say there's a sheriff's office where people are repeatedly committing crimes. Why is that happening."

Ivey told Pantazi it's the former, that the public should be encouraged JSO is holding its own accountable. No jail time isn't completely unusual for a first-time offender, especially a JSO employee who has to have a clean record to work there.

"I feel like what makes it seem a little more unusual is just how much and how serious some of the offenses were that they were able to avoid any sort of consequences," Pantazi said.

According to Pantazi, 31 of the 59 arrests were felony charges, including accusations of falsifying records, beating up inmates and helping coordinate drug deals. Most of those 59 had their charges dropped, reduced or diverted.

Regarding how prosecutors handled these cases, the State Attorney's Office said in a statement, "Our office takes the public trust seriously. When a police officer violates that trust, we focus on accountability and ensuring that officer cannot serve the public again."