Both victims in the shooting are in life-threatening condition. 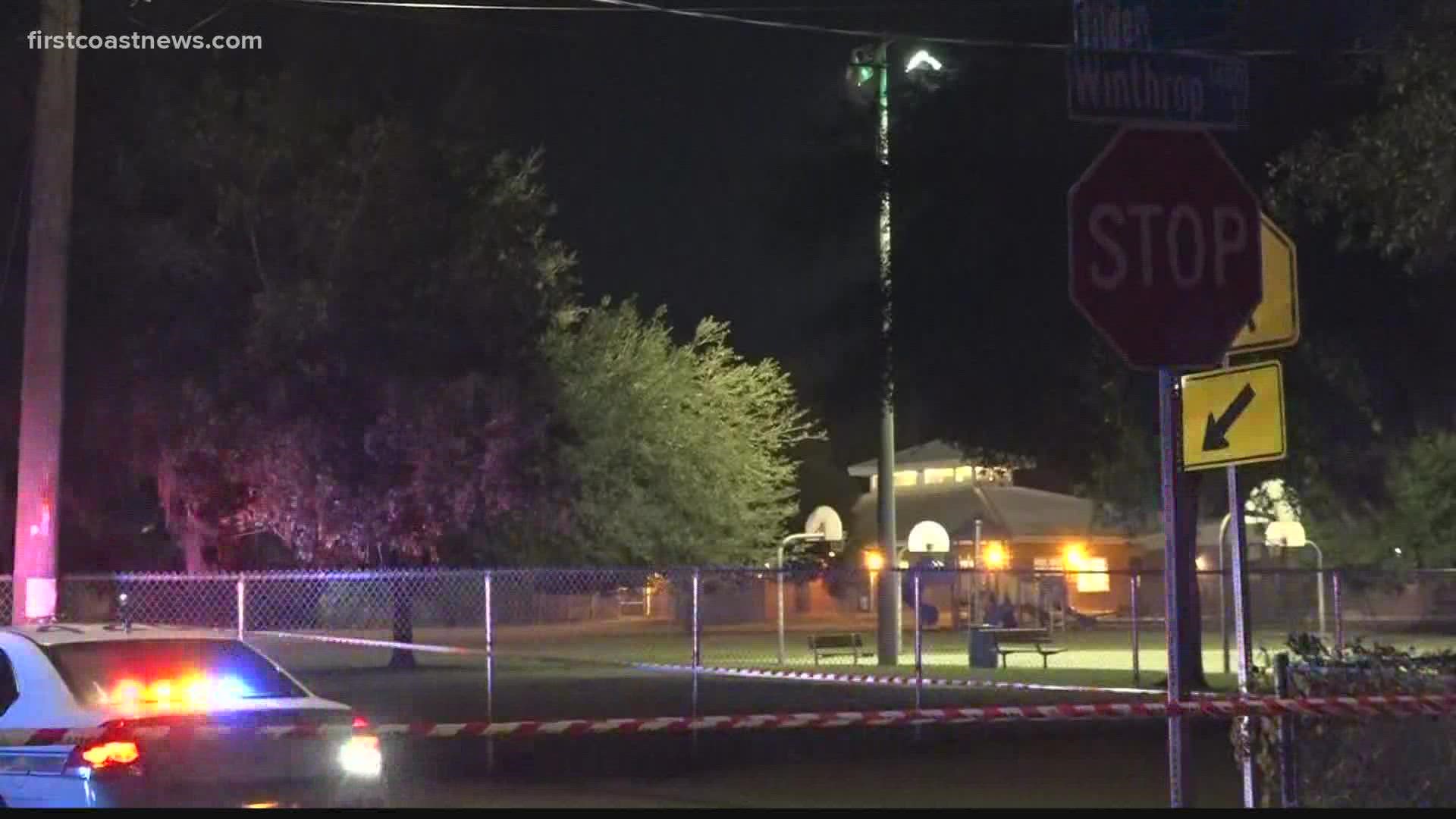 JACKSONVILLE, Fla. — A school bus was caught in crossfire during a shooting that left two men on the street fighting for their lives Tuesday in the Moncrief area.

The shooting happened at around 6 p.m. at the intersection of Moncrief Road and Myrtle Avenue.

When officers arrived at the scene, they found two men suffering from life-threatening gunshot wounds, according to the Jacksonville Sheriff's Office. First responders took both men to the hospital.

Police received another 911 call from a school bus driver that reported her bus had been struck by gunfire while driving through the Moncrief Road and Myrtle Avenue intersection, JSO said.

Neither the driver nor the two students on board the bus were injured in the shooting.

Investigators do not believe the bus was the target of the shooting.

Police do not have any information on possible suspect.

JSO Homicide and Violent Crime Units are both investigating the shooting.

Anyone with information on the shooting is urged to call the Jacksonville Sheriff's Office at 904-630-0500 or email JSOCrimeTips@jaxsheriff.org. You may also call Crime Stoppers at 1-866-845-TIPS.

Jacksonville Mayor Curry was asked about what he intends to do about the recent rise in local shootings, and this was the statement he provided:

“Public safety remains my top priority and I’m fully committed to making Jacksonville a safer community in partnership with law enforcement and community organizations. That’s why my budget provides Sheriff Mike Williams with the tools, personnel, and resources his officers need to protect and serve. It’s also why we invest in tools, technologies, and strategies to help State Attorney Melissa Nelson and her team prosecute dangerous criminals and keep them off our streets.”