When officers and first responders arrived at the scene, they found a girl under the age of 8 and a woman with multiple stab wounds inside the home. 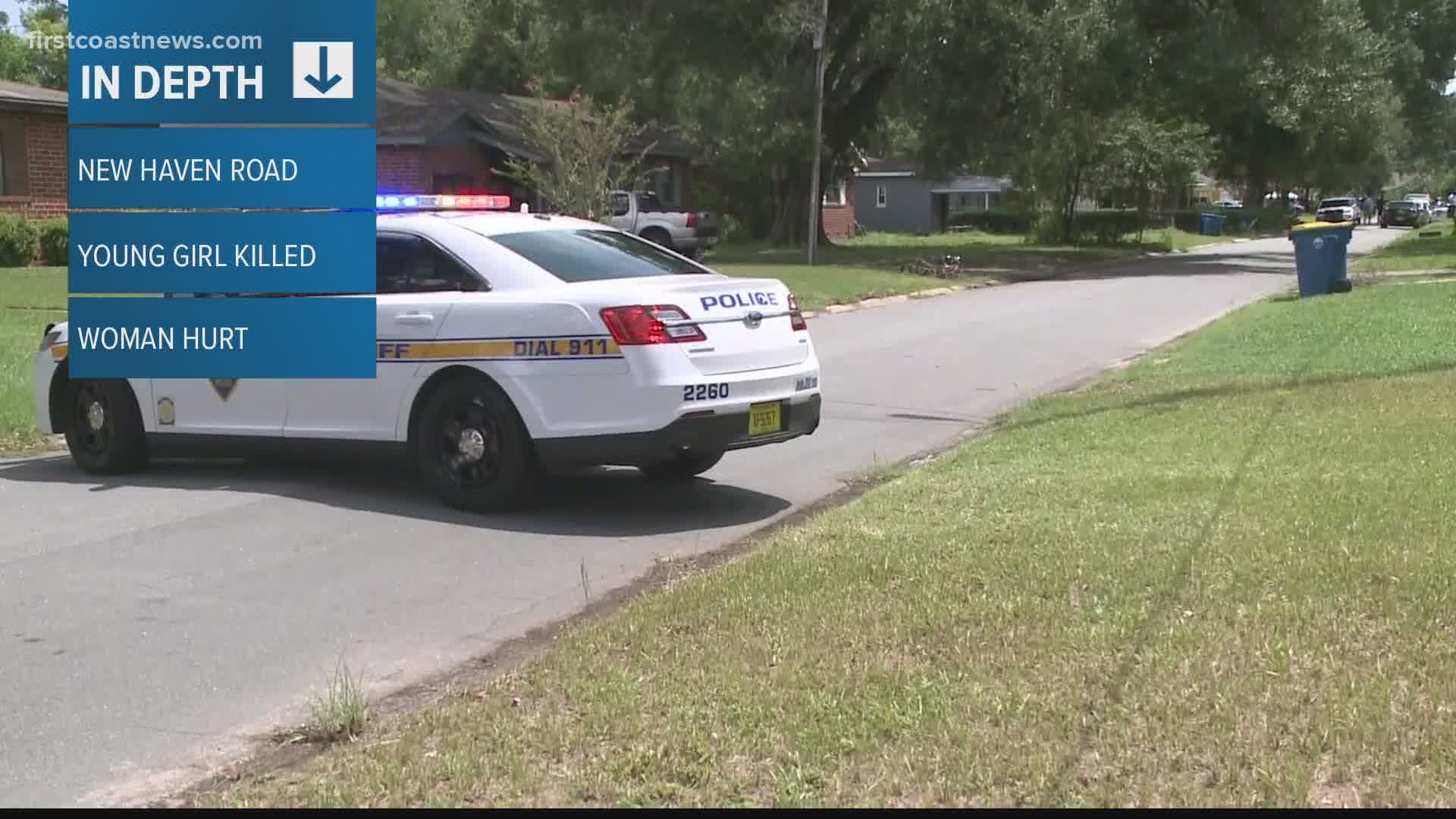 JACKSONVILLE, Fla — A young girl is dead after police say she was stabbed inside an Arlington home Wednesday at around noon.

The Jacksonville Sheriff's Office said the stabbing happened in the 1800 block of New Haven Road. When officers and first responders arrived at the scene, they found a girl under the age of 8 and a woman with multiple stab wounds inside the home.

Both were rushed to a local hospital, where the child later died from her injuries, according to JSO. The woman, who is believed to have stabbed the child, remains in critical but stable condition. Officers believe the woman had stabbed herself after stabbing the child. JSO said the relationship between the victim and the woman is unknown.

Neighbor Kevin Wedige lives across the street from the home JSO had roped off for much of the day.  He would later learn a child died from mutliple stab wounds.  "I do pray for people. I was sitting at my computer a little while ago and I actually prayed for that family over there," he said.

JSO said a child under 10 years old and three other people were also inside the home when the incident happened. All parties involved are in custody and witnesses are being interviewed, according to police.

JSO said there is no threat to the public.

Wedige's heart is heavy knowing a family is going through terrible pain. "I have never lost a child and it's something that I just can't fathom," he said.

#BREAKING: JSO confirms child under 8 has died after a stabbing on the 1800 block of New Haven Rd. The girl was stabbed by an adult female who then stabbed herself. She is in critical condition. @FCN2go