The 22-year-old Florida A&M student was shot during a traffic stop after an officer pulled him over for a seatbelt violation. The family will file suit Friday. 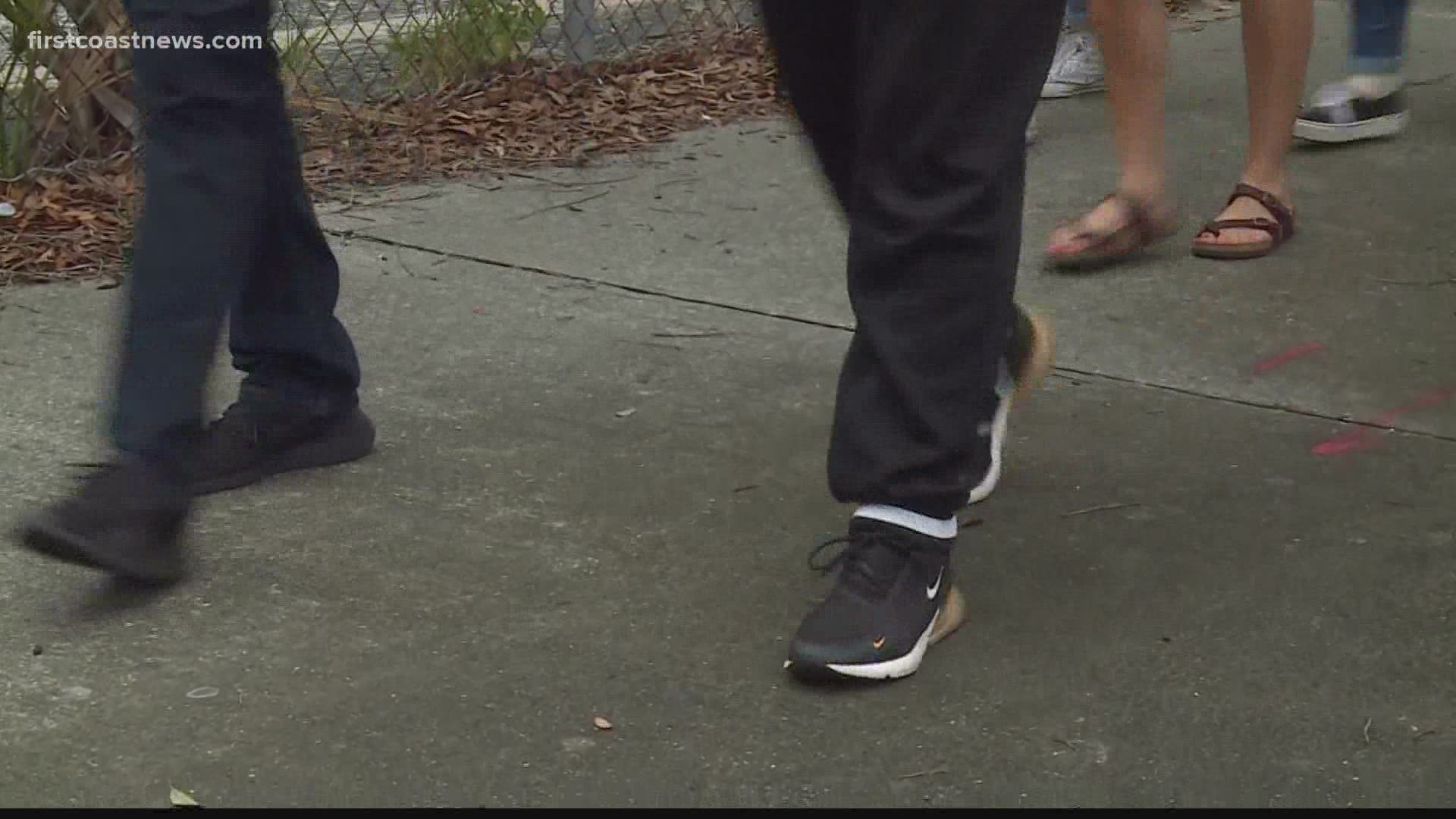 JACKSONVILLE, Fla. — The family of a 22-year-old Florida A&M student killed during a traffic stop has announced plans to sue the Jacksonville Sheriff's Office, the City of Jacksonville and the officer who shot him.

In a notice obtained by First Coast News, the family of Jamee Johnson said it will file suit in federal court Friday for the actions of Officer Josue Garriga in 2019.

According to JSO, Johnson, 22, was pulled over in the 3000 block of Buckman Street by officers Josue Garriga and K. Graham on Dec. 14, 2019. Police did not give an explanation for the traffic stop, but family members told First Coast News it had to do with a seat belt violation.

An investigation by the State Attorney's Office cleared Officer Garriga and found the shooing "justified." The report found Garriga was reasonably in fear for his life after Johnson suddenly dove into the car where Johnson had already said he had a gun under his jacket. Photos released by the State Attorney's Office show the gun no longer under the jacket after the incident, but instead on the center console.

Body camera footage of the shooting was released last summer. It shows that after Johnson dove into the car, he stepped on the accelerator driving the car for a short period before it crashed to a stop.

The family does not agree with the conclusions of the investigation, or even the facts as stated by investigators. The Johnson family attorney alluded to an eyewitness who saw Johnson surrender, and said photos show Johnson's hands in the air before he was shot. The body cam footage released with the investigation does not substantiate that claim.

The family says it will formally file suit Friday.

The full release is below.

THE JOHNSON FAMILY WILLING BE FILING A FEDERAL LAWSUIT IN THE MIDDLE DISTRICT OF FLORIDA ON MARCH 5, 2021 AGAINST JOSE GARRIGA, JSO AND THE CITY OF JACKSONVILLE FOR THE UNJUSTIFIED SHOOTING DEATH OF THEIR SON JAMEE JOHNSON.

March 4, 2021, Jacksonville, Fl – On December 14, 2019, Florida A&M University student Jamee Christopher Deonte Johnson, a 22-year-old black male, was gunned down by Officer Josue Garriga of the Jacksonville Sheriff’s Office. According to eyewitness’ account, at the time Jamee was shot by Garriga, he was unarmed with his hands raised above his head surrendering himself to Garriga and Deputy/Officer K. Graham. After a comprehensive investigation and expert analysis of all the evidence, it is clear that Jamee was killed while surrendering to law enforcement. The evidence that was reviewed to make such determination was available to JSO and State Attorney’s Office during their investigation. However, both entities deliberate chose to ignore the evidence in this case and deem Garriga’s acts justified. This evidence will be shared with the public.

The Johnson family is represented by The Law Offices of Harry M. Daniels, LLC (Atlanta, GA), Champion for Justice Law Firm (Tampa, FL) and The Law Office of Sharika M. Robinson (Charlotte, NC) If you would like additional information about this case or to schedule an interview with Attorney Harry Daniels, please call (404) 537 3072.