James Johnson, 70, faces charges of lewd molestation and offenses against a student by an authority figure. 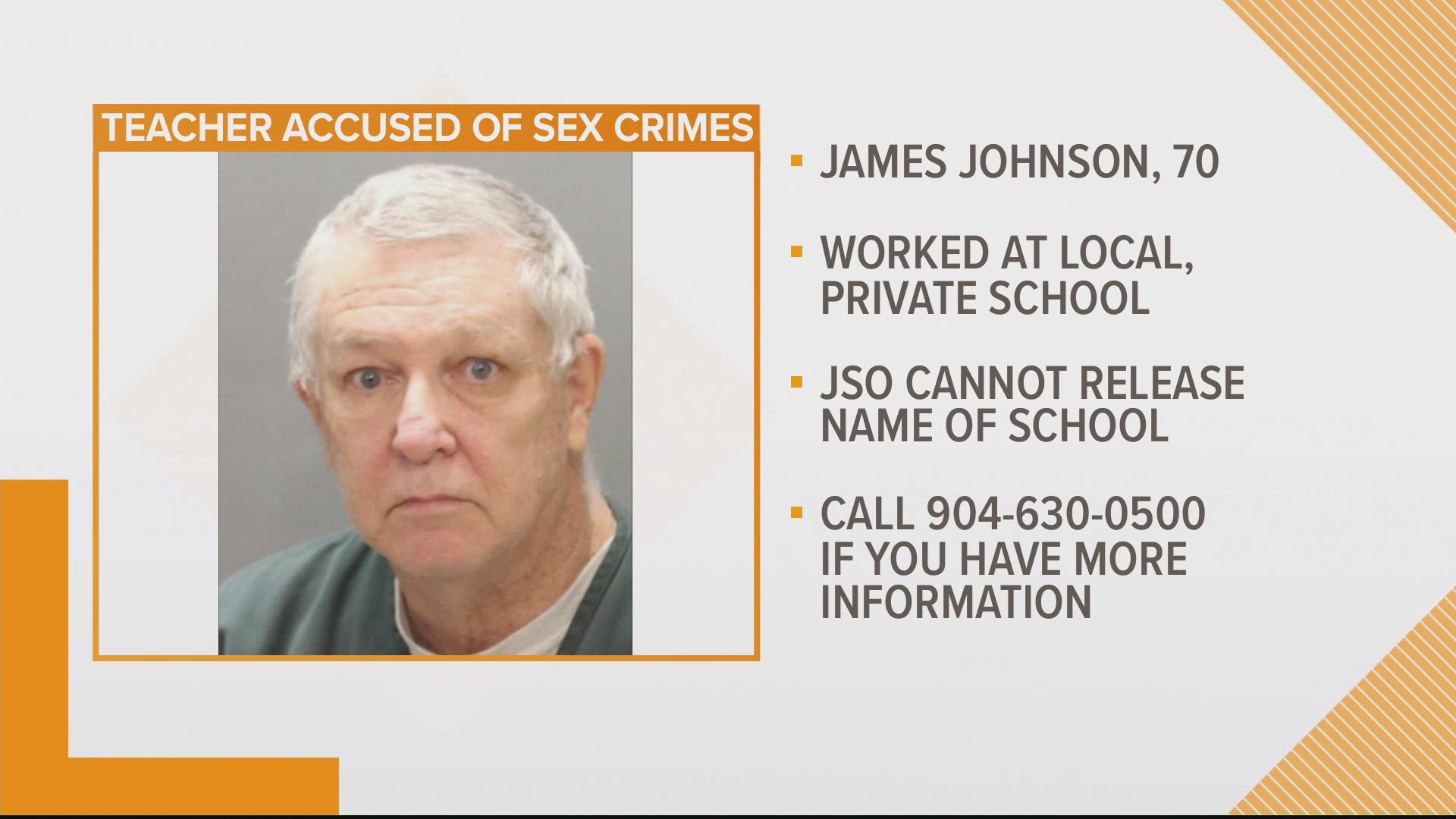 JACKSONVILLE, Fla. — The Jacksonville Sheriff's Office arrested a private school teacher for sexual abuse against a student, according to a police news release.

The sheriff's office first heard about the sexual abuse allegations against 70-year-old James Johnson last week. Police did not release the name of the school citing Marsy's Law.

Following an investigation by the Special Assault Unit, officers arrested Johnson on Feb. 11 and charged him with lewd molestation and offenses against a student by an authority figure, JSO said.

The sheriff's office asks that if anyone may have been victimized by Johnson or has any information related to this case to call JSO at 904-630-0500.

#JSO has arrested James Johnson (White/Male, 70), a teacher at a local private school, for Lewd Molestation and Offenses Against a Student by an Authority Figure.

We are releasing his image to seek any other possible victims. Call 904-630-0500 with information. pic.twitter.com/Esa6tq4Vz8