JSO said the shooting happened in the 2100 block of W 14th Street. 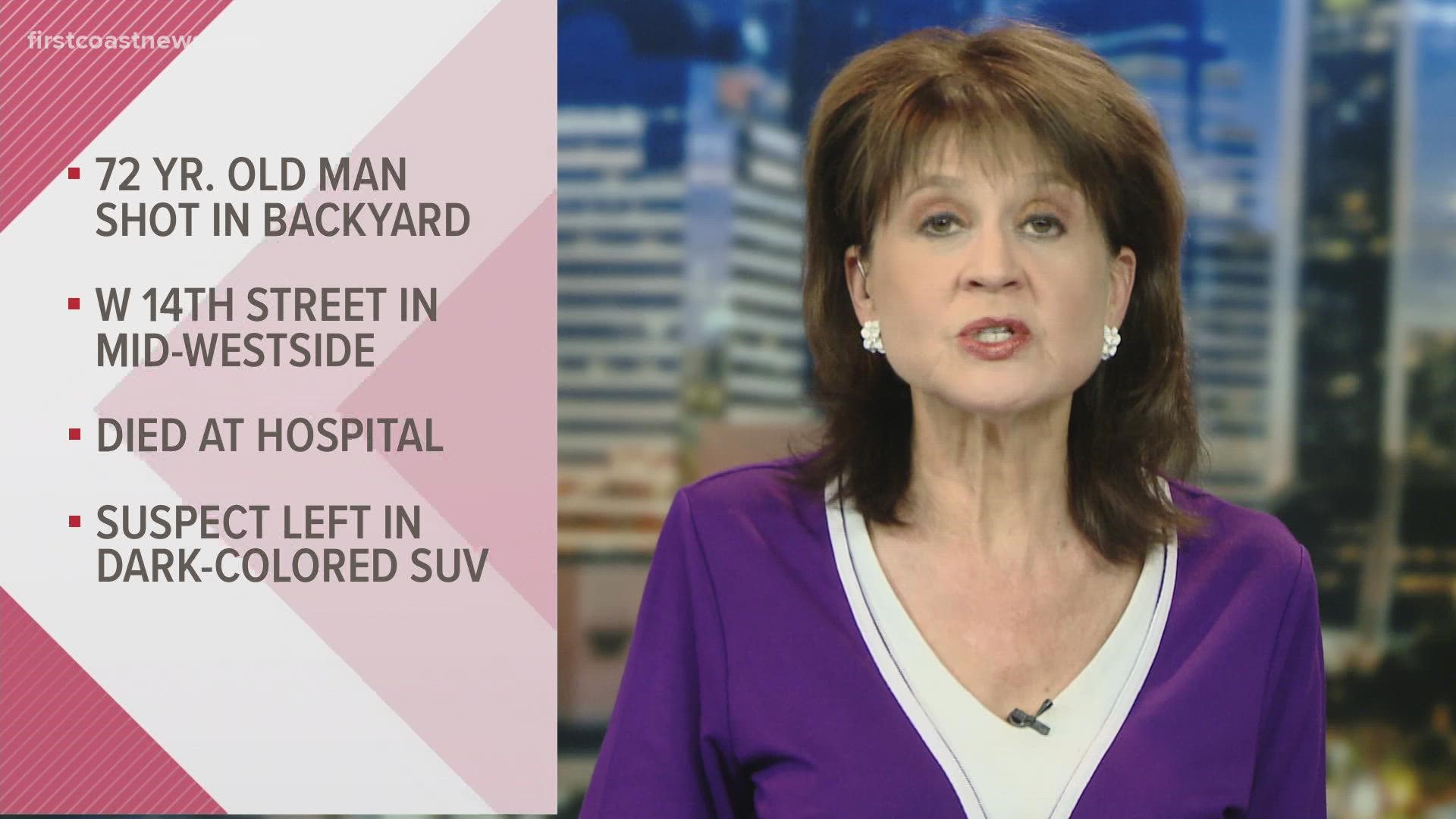 JACKSONVILLE, Fla. — The Jacksonville Sheriff's Office is investigating after an elderly man was shot and killed at his home on the Mid-Westside of Jacksonville Saturday afternoon.

JSO said the shooting happened in the 2100 block of W 14th Street.

Upon arrival, officers found a 72-year-old man suffering from a gunshot wound, lying in the backyard of his home. He was shot in the chest, according to police.

The victim was transported to UF Health where he was pronounced deceased, JSO said.

Witnesses told police they saw a man wearing a hoodie run from the area after they heard gunshots. They said the man possibly got into a black or brown vehicle and fled the scene.

Anyone with information regarding this incident is asked to call the non-emergency number at 904-630-0500, Crimestoppers at 1-866-845-Tips or email JSOCrimetips@jaxsheriff.org.