Jacksonville police amp up patrols after 4 shootings in 12 hours

Multiple people were injured after four shootings: Three shootings on the Westside and one in Grand Park. 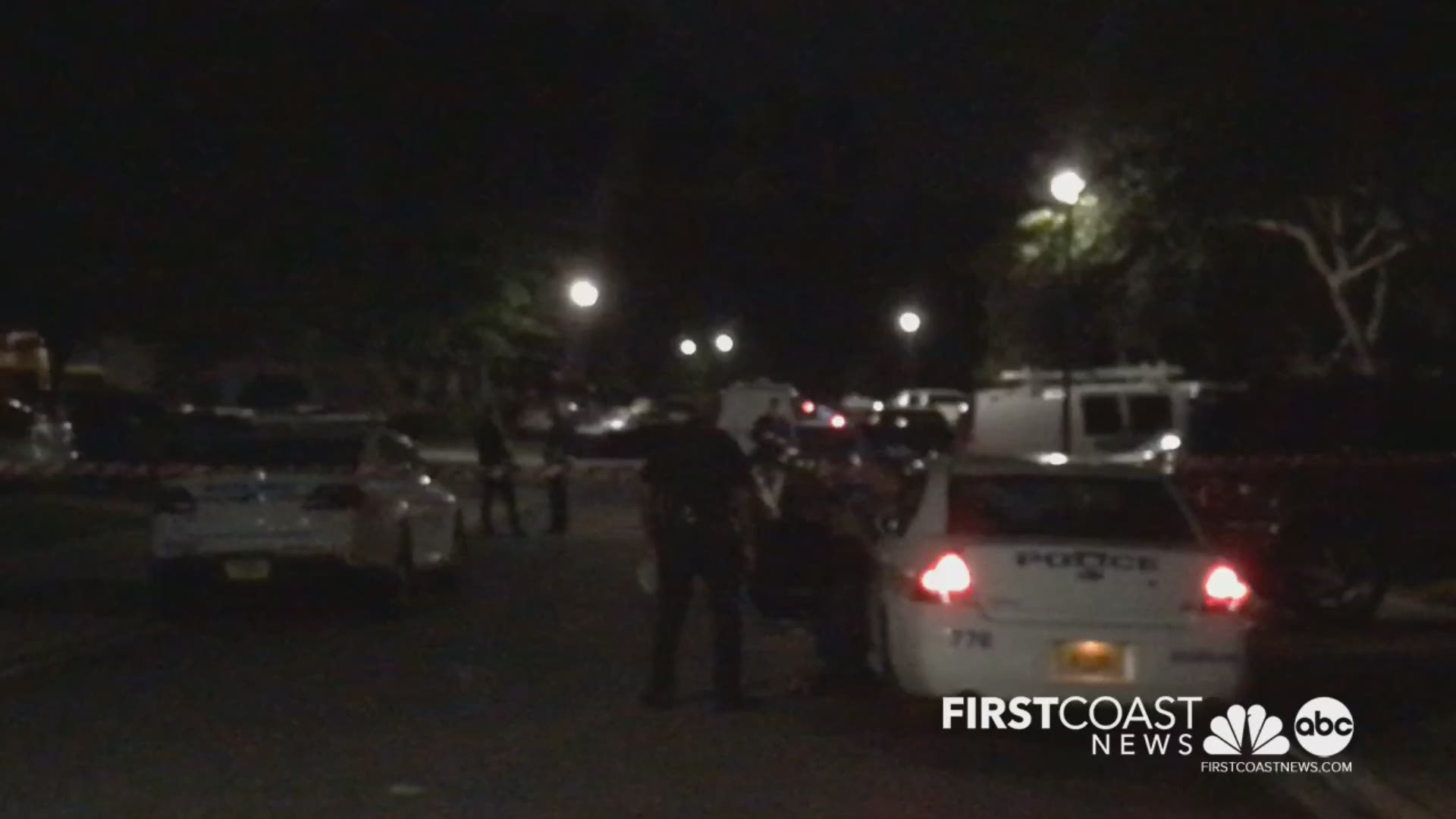 The Jacksonville Sheriff's Office said Wednesday morning that it is deploying extra patrols and task forces to help combat a spike in violent crime over the past 12 hours.

Multiple people were injured after four shootings: Three shootings on the Westside and one in Grand Park.

Over on the Westside, the first shooting happened around 5:20 p.m. Tuesday. When they got to the 1300 block of Orton Street, officers located two adult men nearby with gunshot wounds. They were taken to the hospital with non-life threatening injuries. At this time, police do not have any suspect information.

Less than an hour later, an 18-year-old was left in critical condition after being shot in the neck in the 6800 block of Miss Muffet Lane around 6:10 p.m. JSO learned that the shooting took place between two groups of people in two separate cars, stemming from a dispute. All individuals involved in the shooting have been located and are being questioned, police said.

RELATED: Person shot in neck during dispute on the Westside

Then, around 10:05 p.m., police responded to the 7100 block of Timmerman Lane and discovered two young men were shot while sitting in a vehicle. One victim sustained a gunshot wound to his hand and the other had a gunshot wound in his leg. They both were taken to a local hospital with non-life-threatening injuries.

RELATED: Teens shot in Duclay area on the Westside

The final shooting happened around 2 a.m. Wednesday in Grand Park. Upon arriving at the 2000 block of W. 17th Street, police located a man with a gunshot wound to the leg. He was taken to a local hospital.

Anyone with information about these incidents can contact the Jacksonville Sheriff's Office at 904-630-0500 or email them at JSOCrimeTips@jaxsheriff.org.

To remain anonymous and receive a possible reward up to $3,000 if your tip leads to an arrest, please contact Crime Stoppers at 1-866-845-TIPS."