Police were called to investigate an overdose death in February involving victim McCaffrey Barr. An arrest report says they identified Mark Singletary as the dealer. 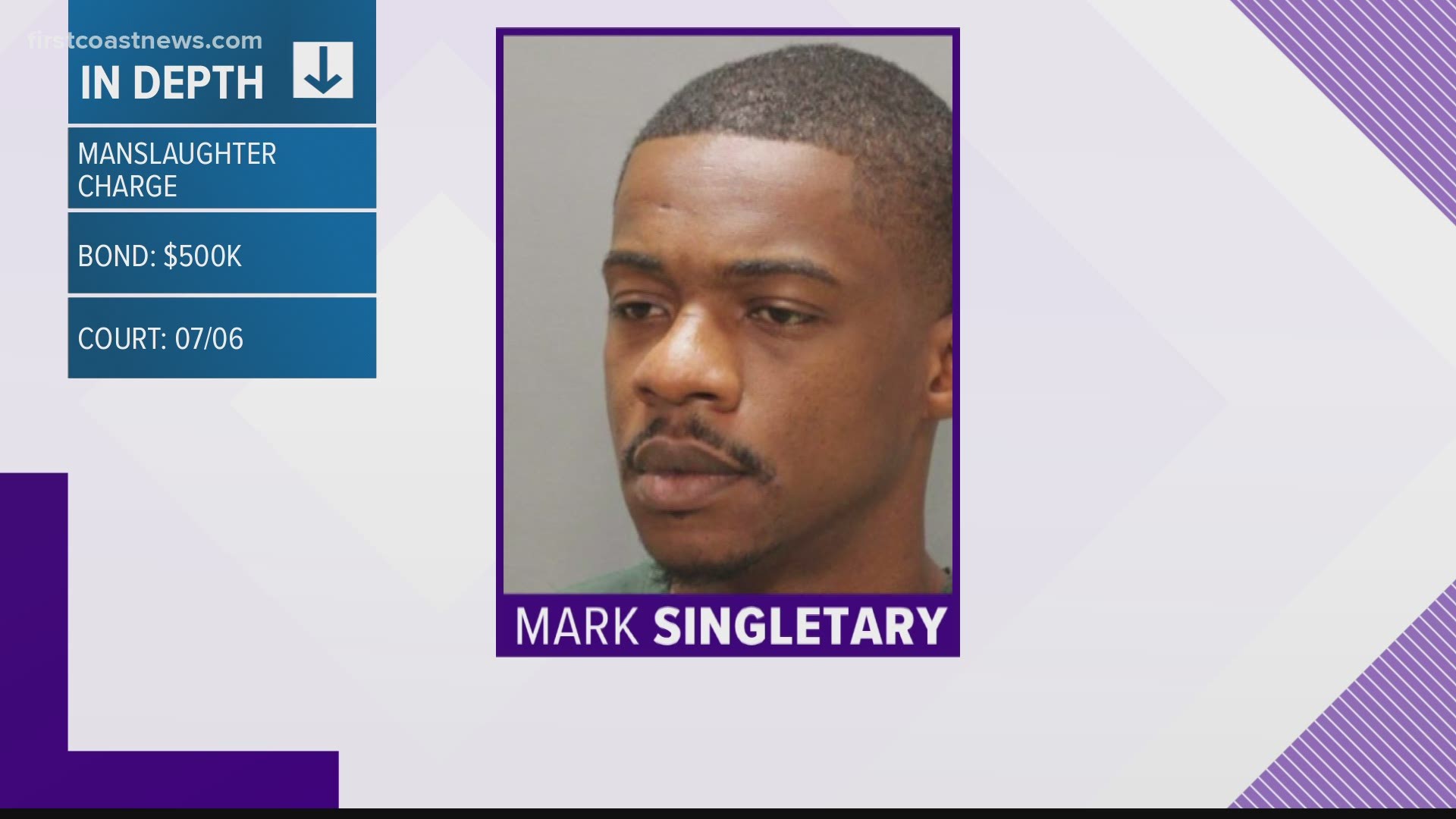 JACKSONVILLE, Fla. — A Jacksonville man is now charged with manslaughter after police say he sold a man drugs that led to a deadly overdose in February.

The Jacksonville Sheriff's Office arrested 37-year-old Mark Singletary over the weekend. Police were called to 252 Otterwood Circle on Feb. 16 to investigate an overdose death involving the victim McCaffrey Barr, according to an arrest report.

Through JSO's investigation, they identified Singletary as the person who sold Barr the drugs that led to his death, the report says.

Singletary was booked into Duval County Jail on Sunday and charged with manslaughter. A judge set his bond at $500,003.

Singletary's next court date is set for July 6 at 9 a.m.