Family re-visiting the scene broke down in tears. They say the boy was 14 years old, and the family had just moved into the area. 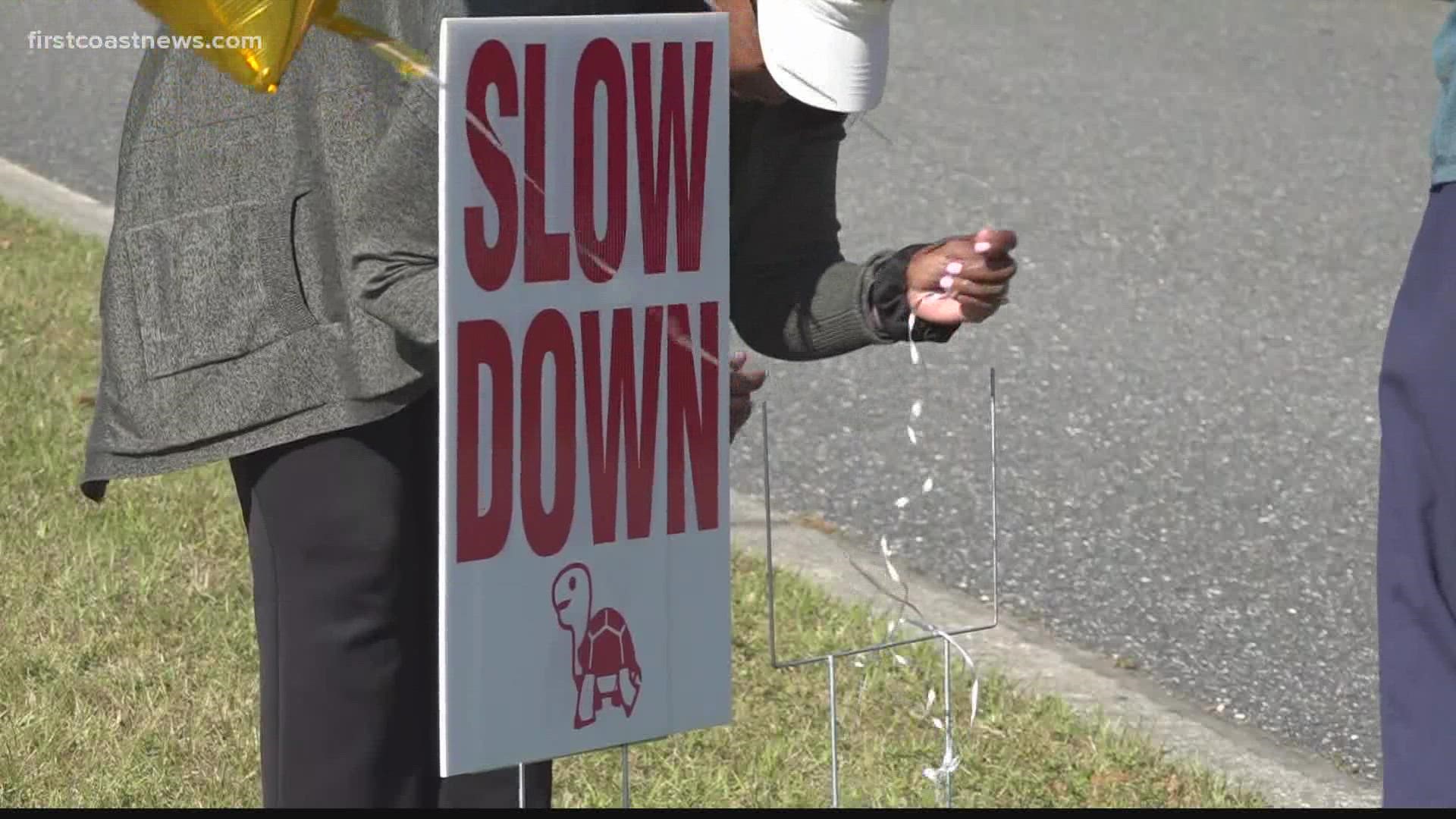 JACKSONVILLE, Fla. — A family is grieving after a teenage boy was killed while crossing a street on Jacksonville’s Northwest side.

It happened just before 7 p.m. Tuesday night. The Jacksonville Sheriff’s Office says the boy was on an electric scooter trying to cross Rolling River Boulevard when he was struck by a vehicle.

Now the homeowner’s association and a City Council member are calling for safety improvements.

“I am feeling the pain and tragedy that the family is feeling, of course. We're going to try to improve this community," said Emile Delerme, President of the Rolling River Homeowner's Association, said.

The Homeowners Association for the area has been trying to improve safety measures for years, successfully getting signs installed in the area, but want speed bumps to be added as well.

“This is basically the, the main strip coming in and out of the complex and a lot of the homeowners and guess uses basically as a drag strip," said Delerme.

Family at the scene Wednesday were breaking down in tears. They say the boy was 14, and the family had just moved into the area.

According to the Jacksonville Sheriff’s Office, the boy is the 191st traffic death this year in Jacksonville and the 48th pedestrian killed in a traffic crash.

Council member Reggie Gaffney, who represents this area, says a petition has been in the works to improve safety, but with the latest tragedy he is looking to make some changes now.

“One of the things that I'm going to start looking at are ordinances. What I can do to change the ordinance, perhaps you can’t get 75% but because now because this is living proof that you need them. We cannot, we may have to wait the route, so I can speed that process up," Reggie Gaffney said, City Council for District 7.