'It's like a movie. It's like we're in a nightmare:' Family of homicide victim, JSO ask public for information in case from February

Eight months after Elias Alhirsh was shot and killed, his family and the Jacksonville Sheriff's Office are asking the community for answers. 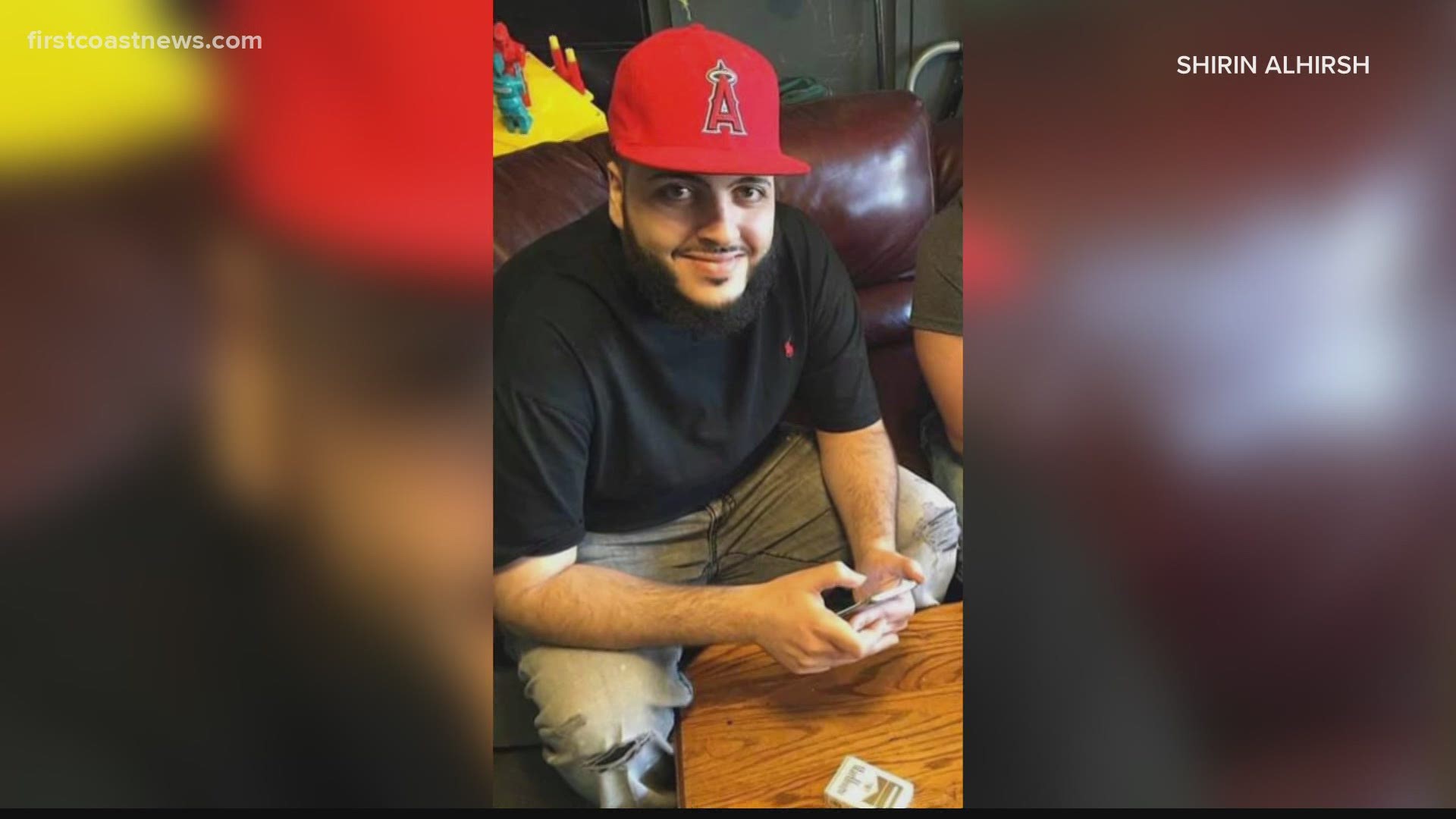 JACKSONVILLE, Fla — Eight months after the man they called their purpose for living was shot and killed, the family of Elias Alhirsh is begging the public to come forward with any information.

According to the Jacksonville Sheriff's Office, 34-year-old Elias Alhirsh, Big Lou to family and friends, was visiting a friend at the Sugar Mill Apartments in Mandarin in late February. Around 11:30 p.m., he was walking back to his car. JSO said two men approached him, a physical altercation occurred and Alhirsh was shot several times.

The suspects left the scene in a dark-colored sedan. Shirin recalled that night.

“A friend of my brother's gave me a call and told me that my brother was shot and I was in bed, and I just jumped, and the only thing I recall yelling over the phone and asking my brother’s friend was, 'Is he alive? Is he alive?'” she said.

Eight months later, JSO is still searching for suspects. Wednesday, JSO asked for the community's help in the case, offering a possible reward of up to $3,000 for information.

“It’s like a movie. It’s like we’re in a nightmare. He wouldn’t even hurt a fly. We’re still honestly dead on the inside," Shirin said. "He was my best friend, my entire world, my purpose for working so hard, my purpose for getting up in the morning. If he was next to me right now, I would honestly hold him tight."

Shirin and her family ask if anyone has any information to please come forward.

“The only thing that’s keeping us going right now is trying to understand why someone would try to hurt such a good soul that this world needed and try to get him justice at this point," she said.

You can report information anonymously by calling First Coast Crime Stoppers at 1-866-845-TIPS.