"For it to end in violence like this is unfortunate, and quite frankly, we should all be saying unacceptable." - Diana Greene, Superintendent of Duval County Schools 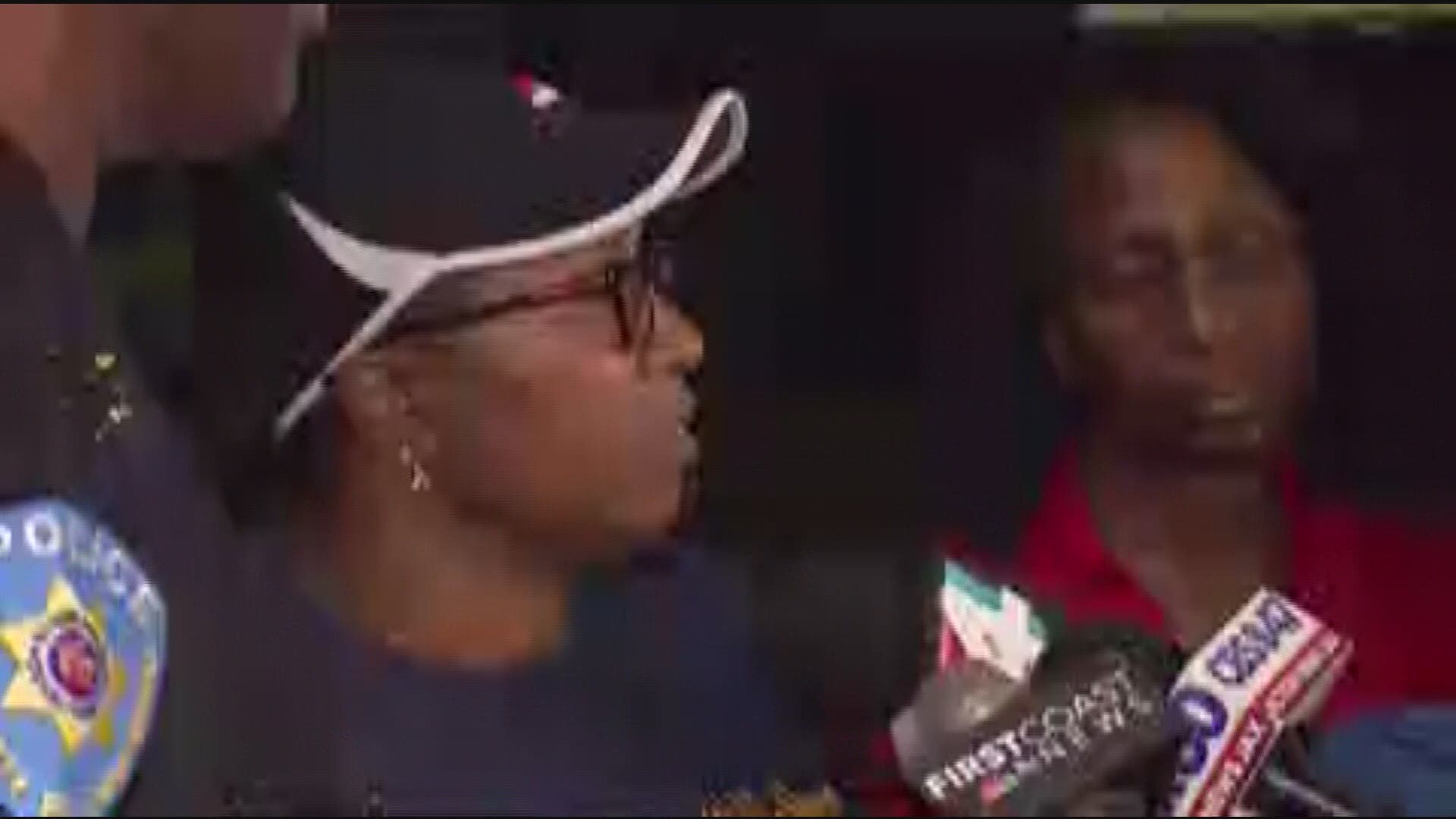 A football rivalry ended in a triple shooting outside of Raines High School in Jacksonville Friday night.

One male is dead and two others are injured in the shooting that occurred just outside of the football field's main gates. Police have no suspects.

Diana Greene, superintendent of Duval County Public Schools, was at the game with her husband and said it was a pretty good game. "For it to end in violence like this is unfortunate, and quite frankly, we should all be saying unacceptable," Greene said during a news conference a couple of hours after the shooting.

"I want to send my heartfelt thoughts and prayers to the families of the victims right now. They should be the first thought in our minds," Greene said adding that the county had plenty of security at the game. 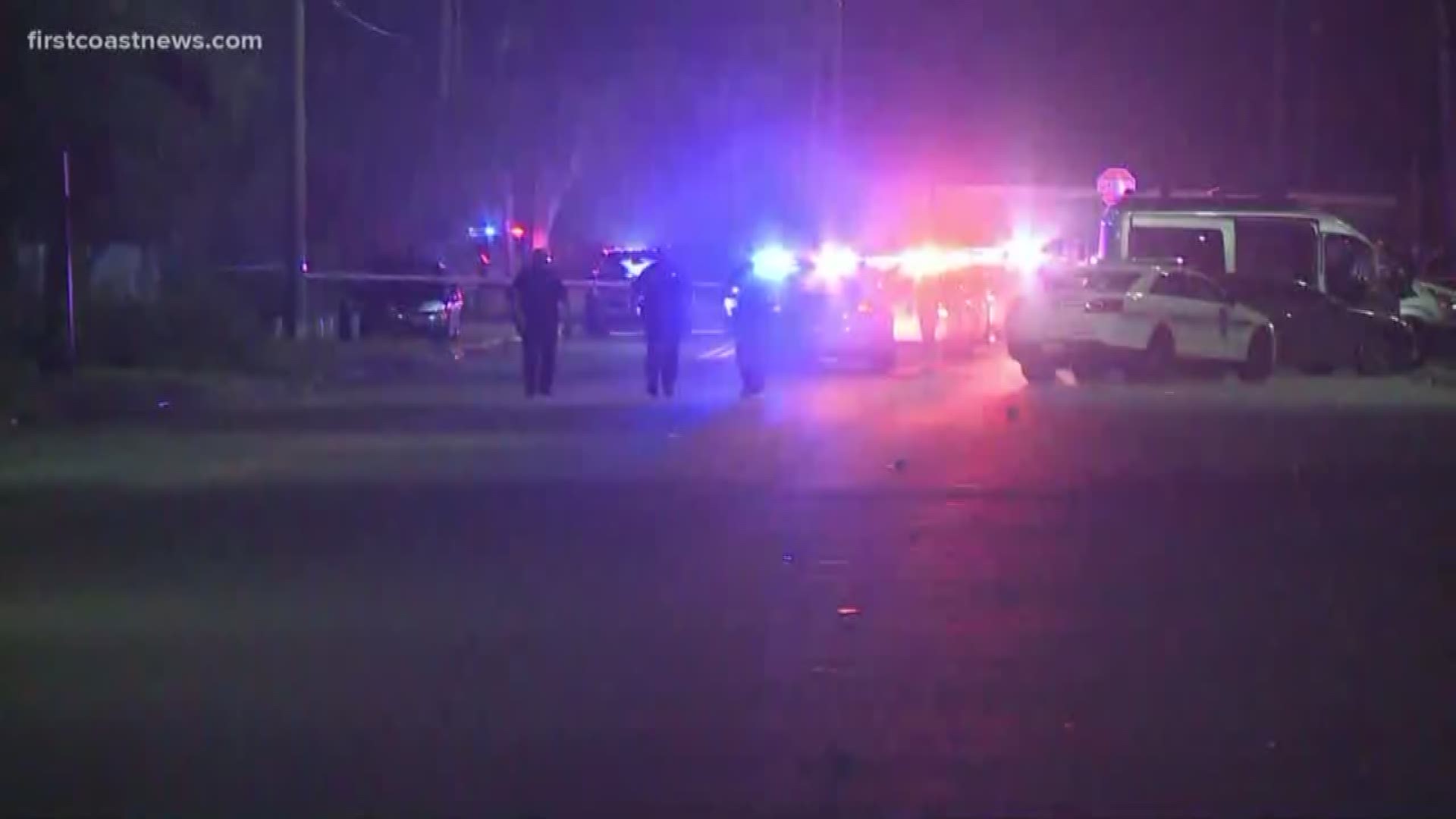 There were more than 50 Duval County police officers there, Greene said adding that everyone who entered the game was searched with a metal detecting wand. However, the shooting took place after the game was over and outside of the area where people would have been checked, police said.

"Last night, a Friday night gathering of sports and community fellowship at a high school was devastated by senseless gang violence. In the hours since, I have discussed the incident with Sheriff Williams, Duval County Schools Superintendent Dr. Greene, as well as other city officials and faith leaders. I have stressed that we must redouble our commitment to showing young people that crime and violence is not the path. And for those who do not understand that fact, I will continue my support for law enforcement personnel and programs that ensure that perpetrators of crime face the full force of the criminal justice system. As mayor, I will continue this fight to rid our streets of violent gangs."

The Jacksonville Sheriff's Office has not mentioned if the shooting was related to gang violence.

"Our security procedures for football games were in place, the incident, unfortunately, happened after the game was over," said Greene.

Michael Edwards, director of Duval County School Board Police, said that three-fourths of the stadium had left after the game when the shooting occurred. He said that family members and some fans were waiting for the football team to come out of the locker room.

"I had officers out there at the same time so when we heard shots, we immediately ran to the scene," Edwards said at the news conference. He said officers secured the scene and tried to locate a suspect.

"I want to reiterate our condolences to the deceased young man and those who have been wounded," Paula Wright, chairman of Duval County Public Schools said. "This is not a DCPS issue alone."

Wright said that DCPS has to work in conjunction with police and the community, "to tackle how our students, at this young age, are getting access to guns. Though it happened on the campus of Raines High school, it was outside of the perimeters of the safety measures that were in place."

School board officials and police will be meeting on Saturday to talk about safety measures and what can be done moving forward at future games.

In a video from Twitter, a man at the scene asks "Someone got shot in the face?" And a woman tending to a crying woman replies to the man, "up there."

Shots fired in the parking lot of Raines vs Lee after the game. People running! “Someone got shot in the face” @WJXTBJackson @BrentASJax @DuvalSports pic.twitter.com/lBt7MNfu7n

Earlier in the game, a video was posted to social media showing football players lying down on the field after a what was labeled a "disturbance." The triple shooting did not occur until hours later.

Police still pulling into Raines. Police tape around the school. Terrible scene after a great game between Raines and Lee pic.twitter.com/E4rTWE5J8M

Warren Jones, district school board member for Raines' district, told First Coast News he was at the game before the shooting. He says "It's a tragedy, a reflection of the neighborhood. School is a microcosm of what is happening there."

Twitter user @dreamkingfilmz was covering the game as a member of the media when the shooting happened.

In a video tweet he said, “Hey man, right now, very emotional game, somebody just was shot in front of … Raines. Like I said 16 – 15 emotion in the game but moments after the game a shooting happened, dead body laying right out front of the field house, mass hysteria going on out here man it’s real wild, it’s real crazy. I was interviewing a couple of players, coaches, next thing I know everyone was running, scattering, guy laying on the ground dead man, shot. I don’t know what happened.”

Police are asking any witnesses or anyone with information to come forward. You can call JSO at 904-630-0500:

With the amount of people there, we should have many witnesses.

If you heard chatter, observed anything, please contact JSO at 904-630-0500 or email JSOCrimeTips@Jaxsheriff.org. To remain anonymous and be eligible for a possible reward, call Crime Stoppers at 1-866-845-TIPS. https://t.co/9NQNmWW7d1

This is a developing story, stay with First Coast News on air and online for updates.