Former homicide detective William Baer is charged, along with his ex-wife Melissa Schafer, in the 1999 stabbing death of convenience store owner Saad Kawaf. 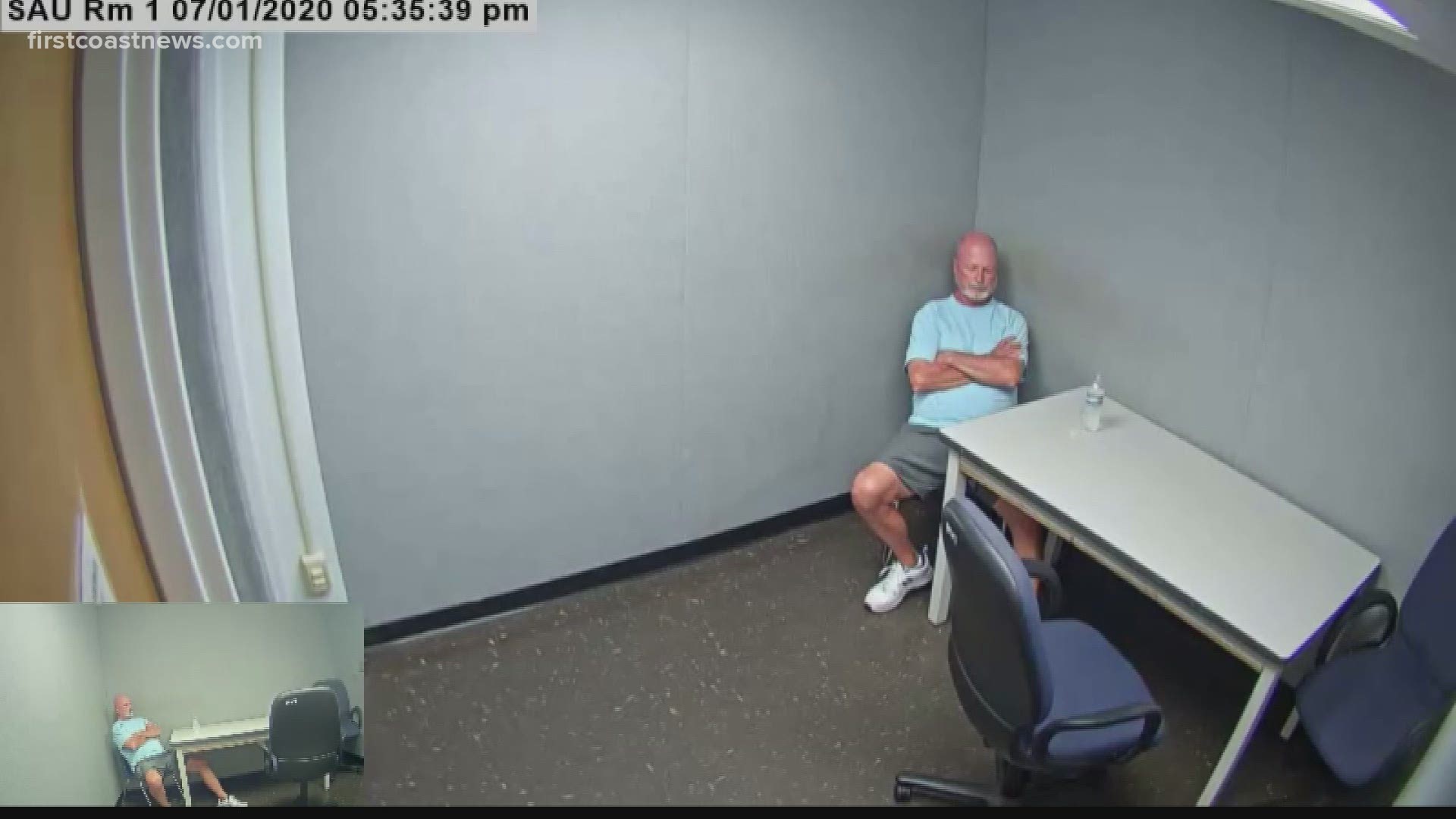 JACKSONVILLE, Fla — The State Attorney’s Office released documents Wednesday giving First Coast News more details into a Jacksonville cold case in which retired homicide detective William Baer has been charged with murder, including an interview with him the day of his arrest and crime scene photos.

The former Jacksonville Sheriff's officer was previously charged with two counts stemming from the 1999 stabbing death of convenience store owner Saad Kawaf. At the end of July, Baer's attorney pleaded not guilty on his client's behalf to five new charges of murder and armed robbery.

His ex-wife, Melissa Schafer, was also charged in the decades-old cold case.

The interrogation between Baer and investigators on July 1 was around seven minutes long.

The former JSO officer appeared defiant as soon as the interview started. He understood he was there for a reason, and just wanted to get to it.

Baer: “Lets skip all the formalities, because I don’t know what’s going on and you need to tell me whats going on. I know what my rights are.”

It then appears that Baer is shown photos by investigators of the murder victim and his house, but they are redacted from the video.

Investigator: “Do you know this gentleman right here? Never saw him before?”

Baer: “At least that I don’t …” *redacted silence*

Investigator: “Ever been to his house?”

Baer: “Look, if you’re gonna ask me more questions… because I don’t remember.”

Investigator: “I am asking you questions.”

Baer: “I guess my point being is… obviously you’re accusing me of doing something.”

Investigator: “What would you think I’m accusing you of?”

Baer: “I don't know, but I want a lawyer, you're obviously accusing you of something.”

Investigator: "Mmmhm, I am."

The interrogation ended soon after Baer asked what he was being charged with.

Detective: “Feels good to put it down.”

Investigators then told Baer they had the evidence they needed to convict him.

Other documents First Coast News got a hold of in July, explain how blood droplets and nail clippings taken from the crime scene in 1999 and new genetic testing led to Baer and Schafer's arrests.

Also included in the new documents from the State Attorney's Office Wednesday, were photos taken by investigators at the crime scene. They appear to show the garage where Kawaf was killed with blood stains inside, a marking on Kawaf’s wife’s neck and the chair where she was tied up.

Baer was with the Jacksonville Sheriff’s Office for 27 years. At the time of the murder, documents show Baer was part of an investigation into Kawaf. The Florida Department of Law Enforcement and the FBI were looking into him for “structuring deposits to avoid mandatory cash transaction reports.”

Investigators state that Baer was assigned to do surveillance at the bank where Kawaf was making large, weekly deposits.

Baer, 67, has been held in the Duval County Jail without bond since his arrest. Schafer, 50, was arrested in Missouri and then transferred to Jacksonville. 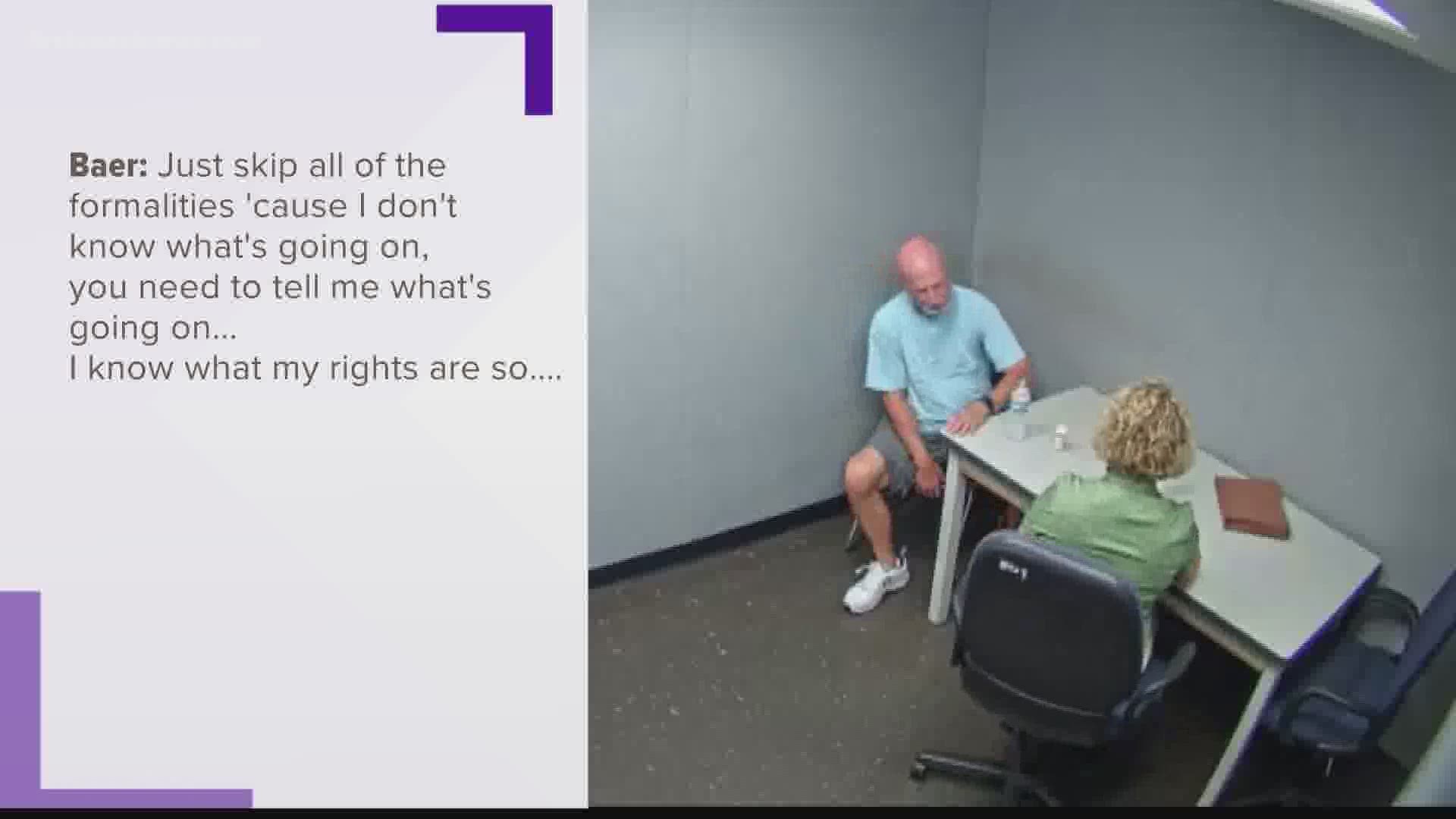