Innocent Jacksonville man should not be compensated for wrongful conviction after 42 years in prison, state says

Man who spent four decades behind bars for a wrongful conviction should not be compensated, according to Florida's Attorney General Office. 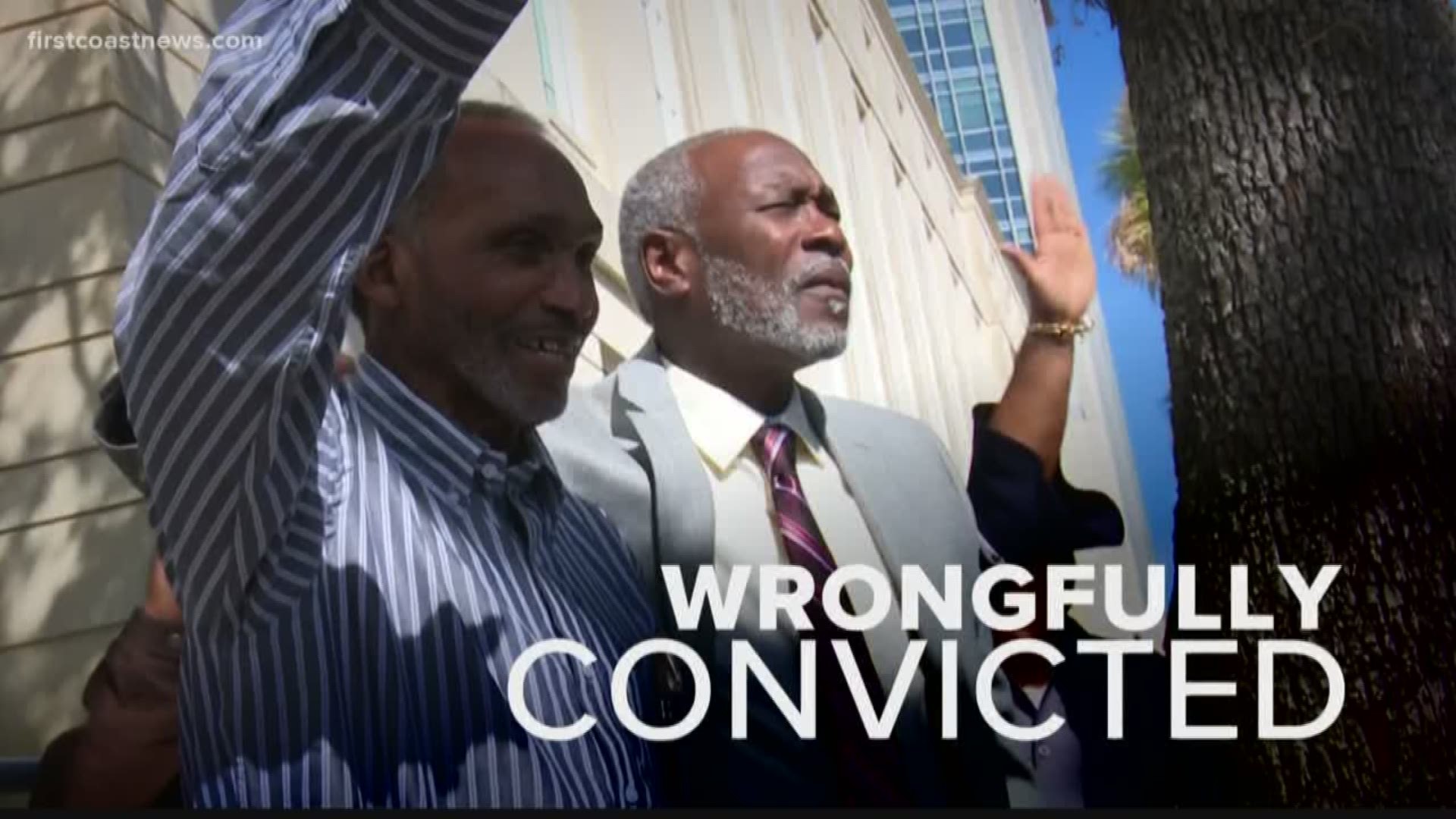 That was the conclusion of 10-month investigation by the State Attorney’s Office, a review by an independent audit board, orders by two Circuit Court judges, and the findings of a special master appointed by the Florida Senate.

But a six-page letter from a single person in the Attorney General’s Office says otherwise – a conclusion that threatens to upend Nathan Myers’ chance at compensation for the nearly 43 years he spent behind bars.

“We were taken aback,” says Innocence Project of Florida attorney Seth Miller. “It’s completely at odds with the decision of every court and prosecutor that has touched this case in the last year, who found there is substantial, credible evidence of actual innocence.”

“Justice demands the granting of these motions, so both sentences are vacated,” said Circuit Judge Angela Cox.

Her decision was based on a 72-page report by the State Attorney’s Office Conviction Integrity Review unit, which examined the men’s claim of innocence and found their 1976 murder conviction fatally flawed, based on a failed defense strategy and profound investigative errors.

Circuit Judge Meredith Charbula echoed this when she approved Myers' petition for compensation. “[He] has met the burden of establishing by clear and convincing evidence that [he] committed neither the act nor the offense that served as the basis for the conviction and incarceration.”

But a Jan. 23 letter from Associate Deputy Attorney General Carolyn Snurkowski dismissed the conclusions of the report and both trial judges.

It’s not clear what legal basis Snurkowski is using to deny Myers’ petition. Florida’s compensation statute gives judges the sole authority to determine if a defendant meets the definition of a “wrongfully incarcerated person.” And it allows the prosecuting authority an opportunity to challenge that finding.  (The State’ Attorney’s Office chose not to.)

After that, it is the job of the Attorney General’s Department of Legal Affairs is to determine if a defendant “meets the requirement of the act.”

Miller says that responsibility is limited, and does not include reinterpreting or ignoring the findings of trial judges. “Absolutely not. The compensation statue does not provide the Department of Legal Affairs any legal authority to reject a court’s finding of actual innocence.”

Florida's Wrongful Incarceration Compensation Act allows people who have been exonerated of their crimes to be compensated $50,000 for each year they were behind bars, with a cap of $2 million. (Because Myers and Williams were in prison so long, they would actually exceed the cap.)

Moody’s office declined to answer questions. In an email a spokesperson said, As [Snurkowski’s] letter states, this claim does not meet the burden of proof required by law for wrongful compensation. Our office’s role is in the wrongful incarceration process is to determine whether a claim for compensation meets the requirements of Florida Statutes, Chapter 961, not to determine the innocence of the defendant.”

Ironically, Myers’ codefendant and uncle Clifford Williams is not entitled to compensation, since state law bars anyone with a prior felony from collecting restitution. But a bill specifically drafted to give restitution to the 77-year-old is sailing through the legislature, and is widely expected to pass.

Small steps: Freedom and fatherhood after four decades behind bars

First Coast News reached out to the State Attorney’s Office for comment.
Miller says Myers is disappointed by the AG's decision.

"He's understandably sad and devastated that he has to continue to fight for compensation when a court and the State Attorney have already declared him actually innocent," said Miller. "We will be seeking further remedies to address that."