As Unicorn continues to recuperate after an arrow was shot through the Labrador mix’s head in mid-May, a Hilliard woman has been arrested, the sheriff's office said. 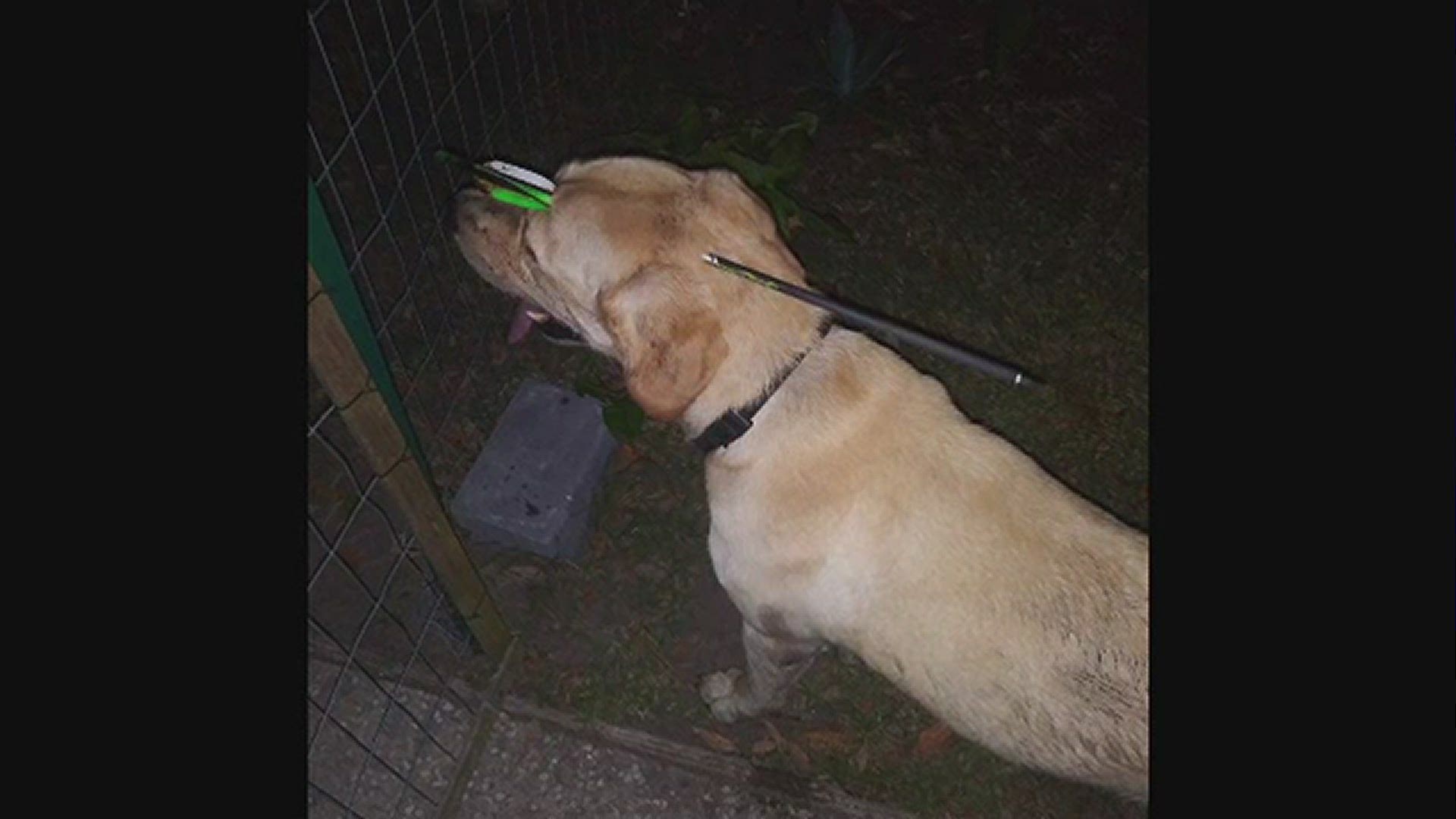 A 37-year-old Hilliard woman was arrested Wednesday after a 4-year-old dog was found with a 16-inch arrow shot through his skull 11 days earlier, according to the Nassau County Sheriff’s Office.

Nassau County Animal Services said it sent an investigator to Hilliard about 2 a.m. May 16 following an emergency call about a dog with the arrow piercing his forehead and exiting the back of his skull.

The dog, nicknamed Unicorn, was operated on at an emergency veterinary service in Jacksonville removing the arrow, animal services officials said. The Labrador mix is recovering at the county facility at 86078 License Road in Yulee.

Deputies went to Wilson’s home Wednesday with animal control officers after receiving an anonymous tip, her arrest report said. Wilson said she had previous issues with the dog trying to kill her chickens. When she saw him urinating on her car’s tires, he was shot with a crossbow.

Credit: WTLV WJXX
'Unicorn" is recovering after the arrow was surgically removed.

“At the time of the incident the dog was not being aggressive,” the report said.

Animal Services continues to seek donations to pay for Unicorn’s surgery, medication costs and heartworm treatment with information on its Facebook page.

“He is making a wonderful recovery,” the agency said. “Once he is cleared by veterinarian, we will be accepting foster applications.”

RELATED: Justice for Unicorn: Deputies searching for person who shot dog in head with arrow

RELATED: Dog recovering after being shot through the head with an arrow