When officers arrived on the scene, they say they found a Carter in the middle of the roadway, naked and holding a shotgun. 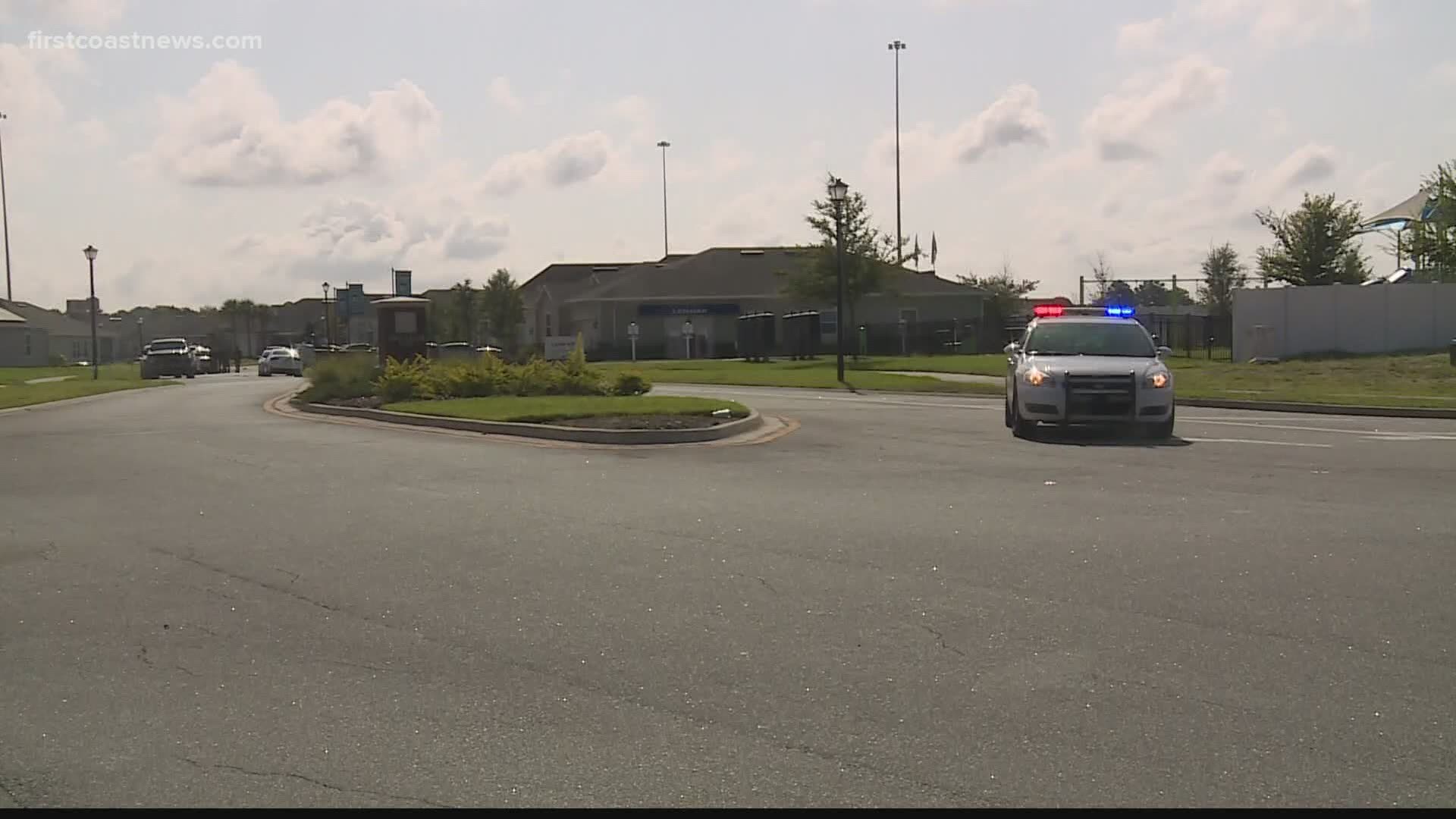 JACKSONVILLE, Fla. — A naked man wielding a shotgun is in custody following a standoff that led to gunfire Friday morning, according to the Jacksonville Sheriff's Office.

There were only minor injuries reported.

JSO says the incident began around 12:15 p.m. in the 1100 block of Kendall Drive when a woman called 911 regarding an incident involving her son.

When officers arrived on scene, they say they found a Carter in the middle of the roadway, naked and holding a shotgun. Police say he told them he "was going to burn down the house."

Carter then ran inside a home and barricaded himself, according to JSO, which caused SWAT to be called out. After several threats were made, an arrest warrant was issued for Carter on various charges.

JSO said that Carter fired several rounds inside the home between the hours of 3 to 5 a.m. Around 6:20 a.m., JSO says Carter came to the front door of the home with the gun and a SWAT team officer fired on him and Carter fired back. Nobody was hit.

Carter later came out of the home and turned himself over to police, JSO says. He sustained minor injuries during his surrender.

Police say Carter does not live in Jacksonville and was visiting from Georgia.

The officer that fired on Carter was placed on administrative leave, as is standard pending the official outcome of the JSO investigation.

RELATED: How police are preparing for crowds at Duval County beaches for Fourth of July weekend