JSO says this is the third time the officer has been involved in a shooting. 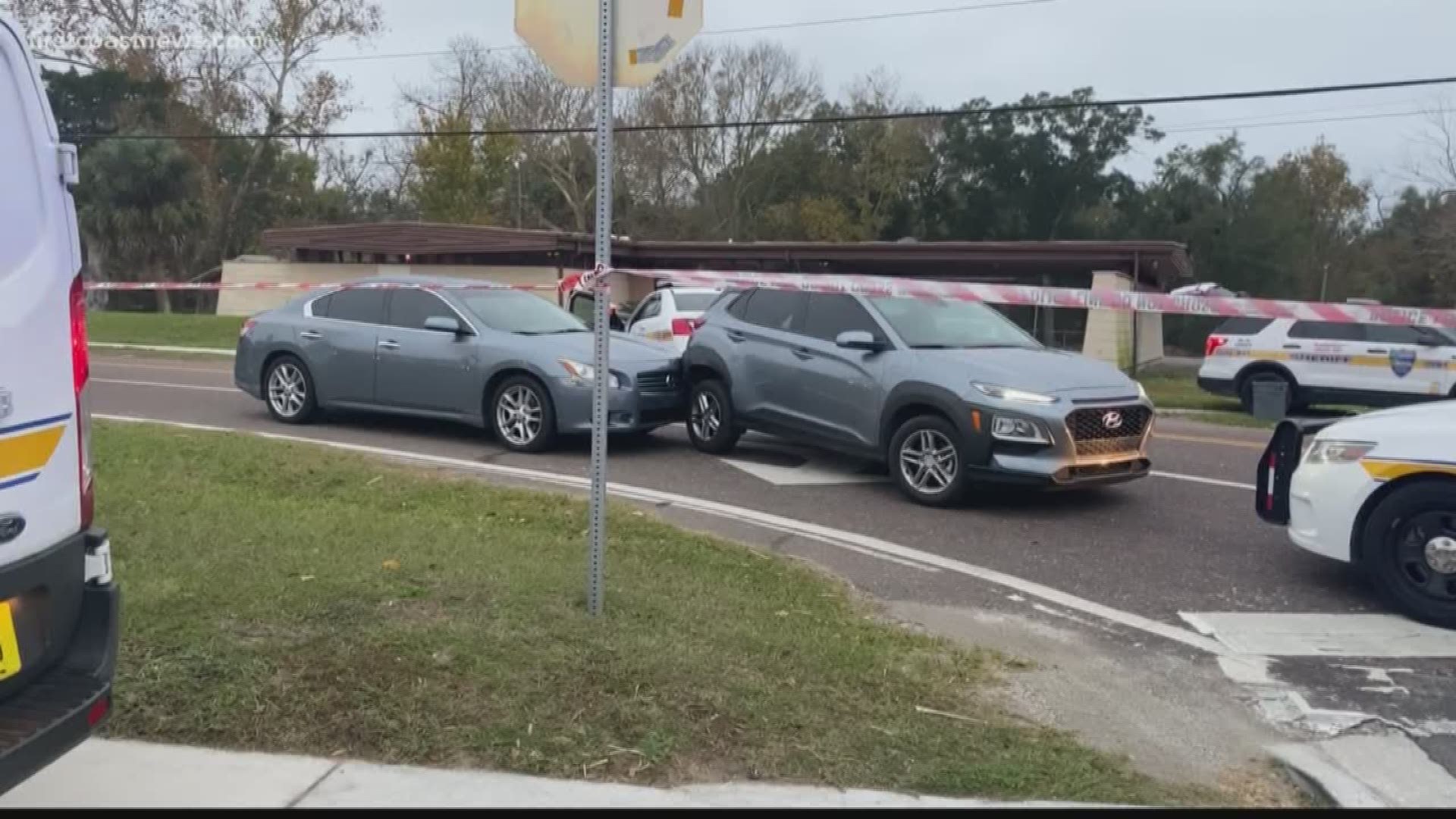 Three people were taken into police custody following an officer-involved shooting which caused a heavy police activity in the Moncrief area Thursday night.

During a news conference, the Jacksonville Sheriff's Office said its detectives were investigating a recent shooting involving gang violence when they noticed a suspicious vehicle, a Hyundai Kona, near Lem Turner Circle around 3:40 p.m.

JSO said the vehicle took off when detectives flashed their police lights. When the vehicle stopped, the driver rear-ended an undercover police vehicle pursuing it, police said.

The three people inside then jumped out of the vehicle and fled on foot in different directions. One was armed and went west on Lem Turner Road, police said.

Detective L.K. Johnson, an 18-year-veteran, followed the armed suspect and ordered them to stop, police said. The suspect kept going and turned toward Johnson with a weapon in their hand, at which point Johnson fired one round from his handgun at the person and missed, police said.

The person ran, fell into a ditch and was apprehended, police said. The other two suspects were apprehended nearby where the vehicle stopped.

This incident created heavy police activity in the area of Lem Turner Road and Interstate 95. 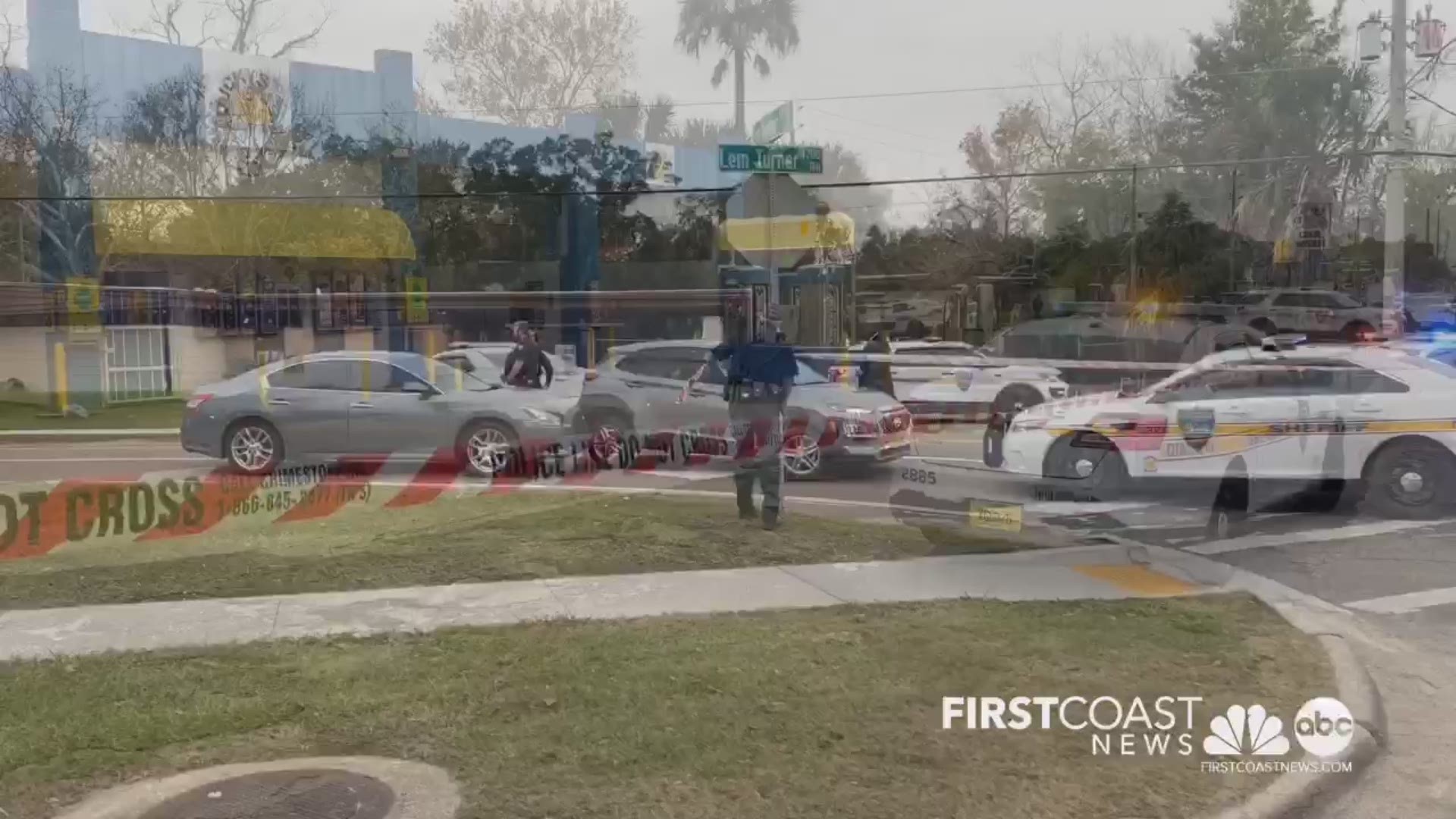 Police said the three individuals were 18 years of age and that the SUV was stolen during a burglary that happened Dec. 9. 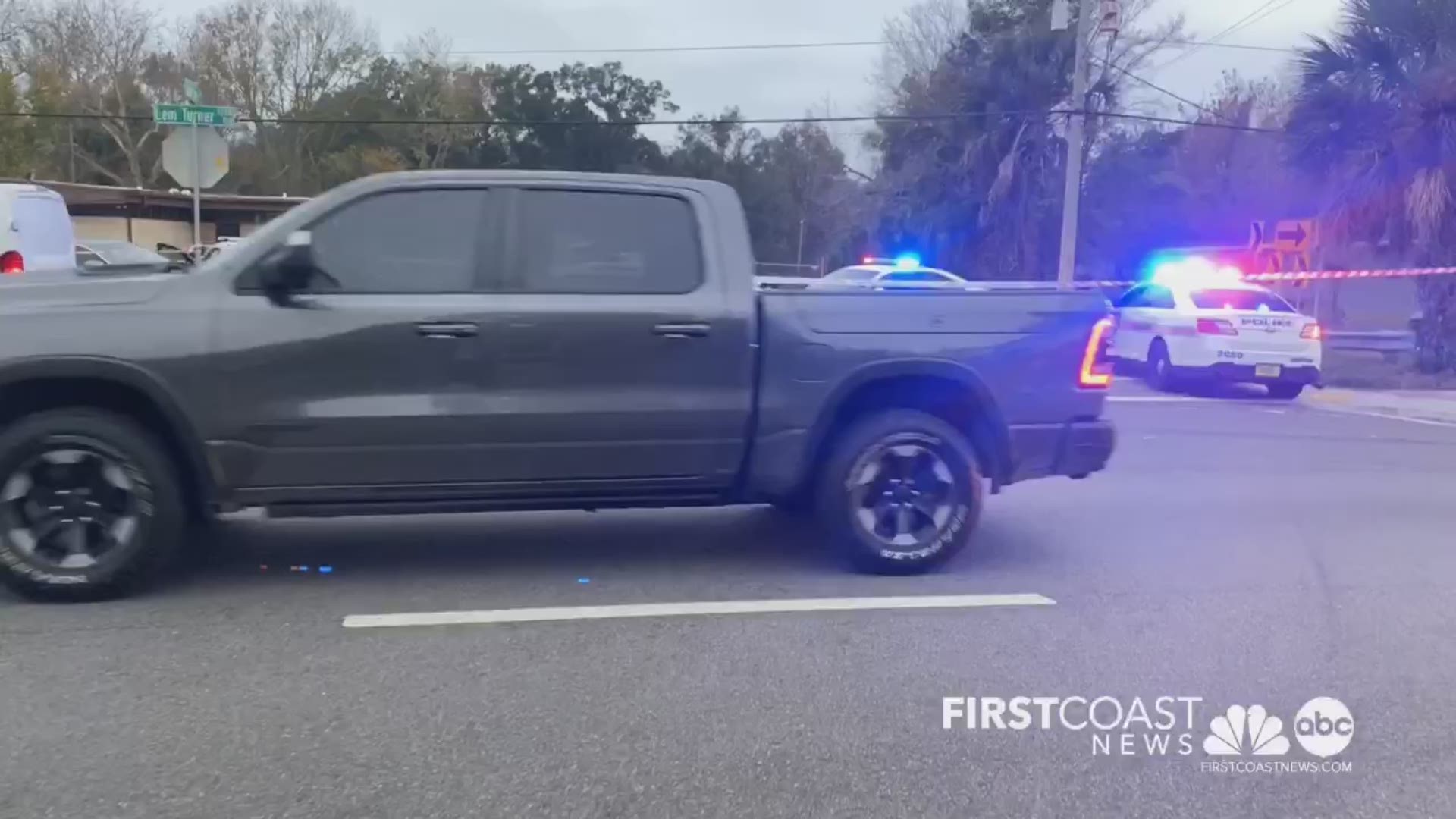 Police said this was Johnson's third police-involved shooting, including one in 2017 where he, police said, he fired 13 rounds at a drunken suspect.

Johnson was placed under administrative leave.

Police also told First Coast News that a loaded AK-47 was found inside the suspects' vehicle.

Watch the news conference below. 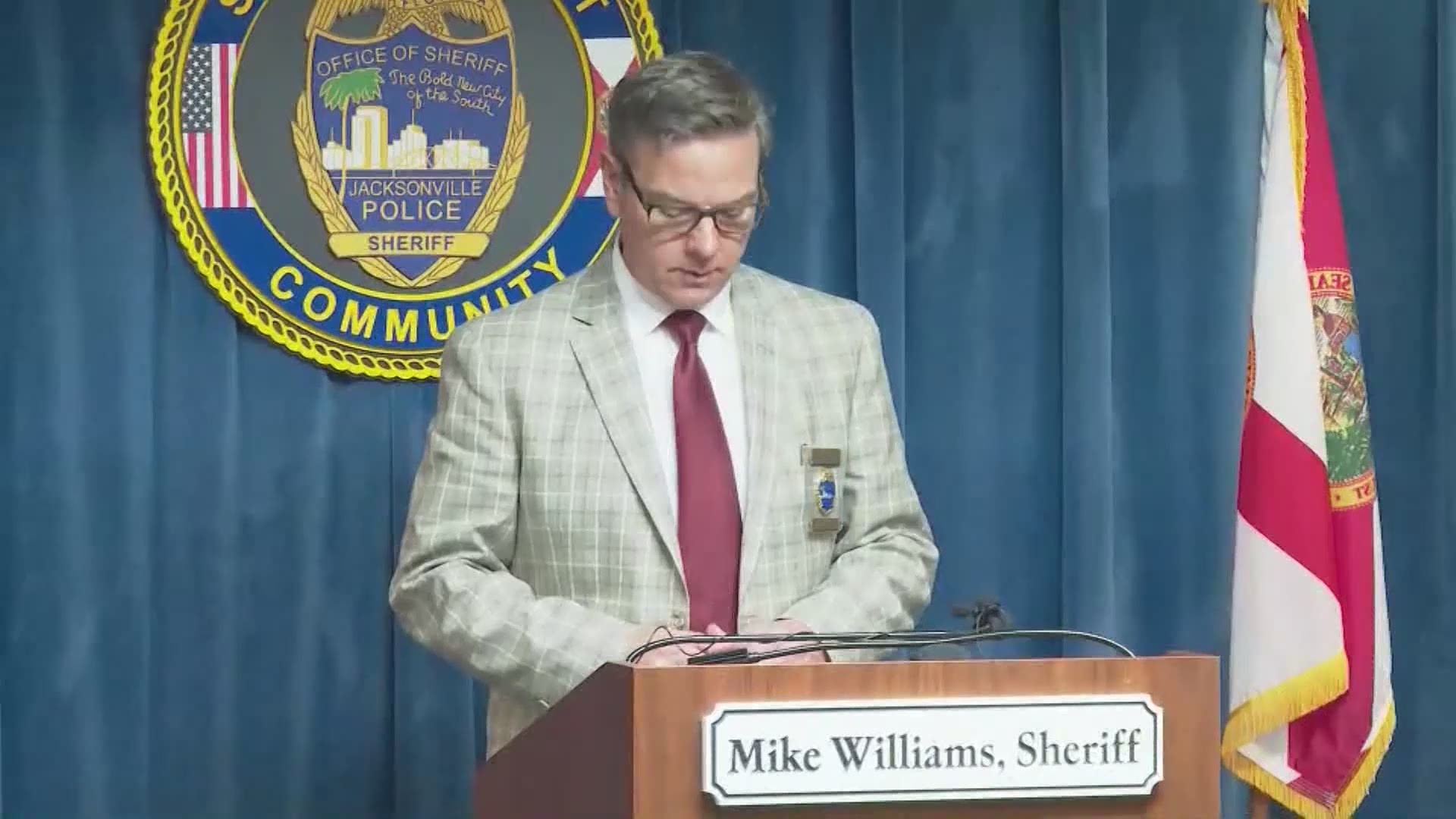