Police say Hakeem Robinson, 22, killed Adrian Gainer, aka Bibby, and Charles McCormick, aka Lil Buck and then bragged about the murders in his rap videos. 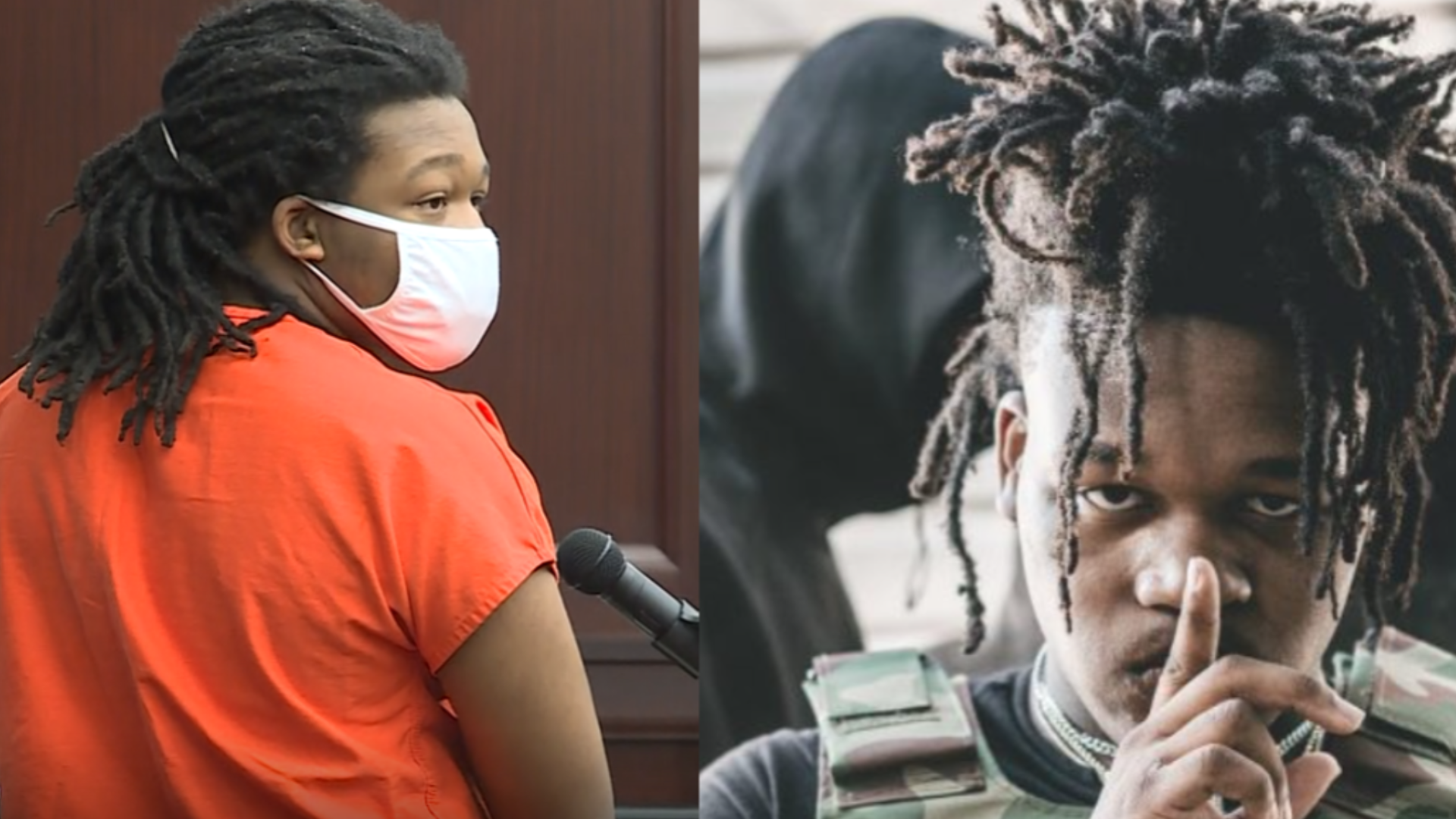 JACKSONVILLE, Fla. — Hakeem Robinson was much more subdued Thursday morning in Duval County Circuit Court than he typically is in his rap music videos. Standing before Judge Tatiana Salvador in an orange jail-issued uniform, shackled at his wrists and ankles, gone were the brash antics of Ksoo, the name the Jacksonville rapper uses when making music about taking the lives of his enemies.

Robinson, 22, is accused of killing two people in separate gang-related shootings. Police say he killed Adrian Gainer, aka Bibby, in February 2019 and Charles McCormick, aka Lil Buck, in January 2020.

During his pretrial hearing Thursday, Robinson was represented by his two Miami attorneys, Christopher DeCoste and Tara Kawass, who appeared via Zoom.

Kawass told the judge that she and DeCoste are quite busy in Miami with other cases, and they still need to depose hundreds of witnesses in Robinson's case, which could take until November.

"Oh no, no, no, no," Salvador said to that request, telling the lawyers that she typically gets upset with attorneys who ask her for five weeks to depose witnesses, "and you're asking me for five months?"

The judge set a status update for Robinson's case for July 28, saying the court should have a better idea on setting a trial date during that time.

Jacksonville is in the midst of a deadly feud between rival gangs ATK and KTA. The star of ATK is rapper Yungeen Ace while rapper Foolio leads KTA. Dozens of YouTube channels from around the country, and as far away as Europe, are chronicling this beef with seemingly a new video being made daily.

Robinson has made several videos with Yungeen Ace where the two, donning diamond studded necklaces with ATK medallions, rap about guns, violence and killing their rivals.

Exactly when this sordid hip hop beef started is difficult to determine, but there are some key Jacksonville murders notoriously immortalized in viral rap music videos that exacerbated the situation.

In June 2018, Yungeen Ace was shot eight times when gunmen opened fire on a vehicle he was in with his brother and two best friends after leaving a St. Johns Town Center restaurant. Ace, whose real name is Kenyatta Bullard, was the only survivor.

Robinson's brother, Willie Addison, a rapper who went by the name Boss Goon, was shot to death in January 2019 near the Spring Park Road intersection on Emerson Street after he performed at the Paradise gentlemen's club on Baymeadows Road. Gunmen opened fire on the vehicle Addison was in with his father, Abdul Robinson, and three other family members. Abdul Robinson was shot in the back, but survived.

That following month in February 2019, 16-year-old Adrian Gainer, aka Bibby, was shot to death in the parking lot of the Hilltop Village Apartments in Northwest Jacksonville.

Gainer is the younger brother of Foolio.

Charles McCormick, aka Lil Buck, mocked the death of Robinson's brother Willie Addison in a song called "Young Show Off."

McCormick, 23, was shot and killed Jan. 25, 2020, at an Arlington shopping plaza at 7001 Merrill Rd. An officer happened to be parked in that area when he said Robinson stood over McCormick and shot him multiple times.

Months later, Hakeem Robinson was also charged in the killing of Foolio's 16-year-old brother Bibby. According to an arrest warrant, Jeremy Brookins (Ralo) was with Robinson when the teen was killed.

Arrest warrants for Robinson notes his activity on social media following the murders he's accused of. A witness told police Robinson wanted to kill McCormick because he "... made a song which talked despairingly about Willie Addison who is deceased," an arrest warrant states.