Group holds vigil for families affected by homicides in Jacksonville 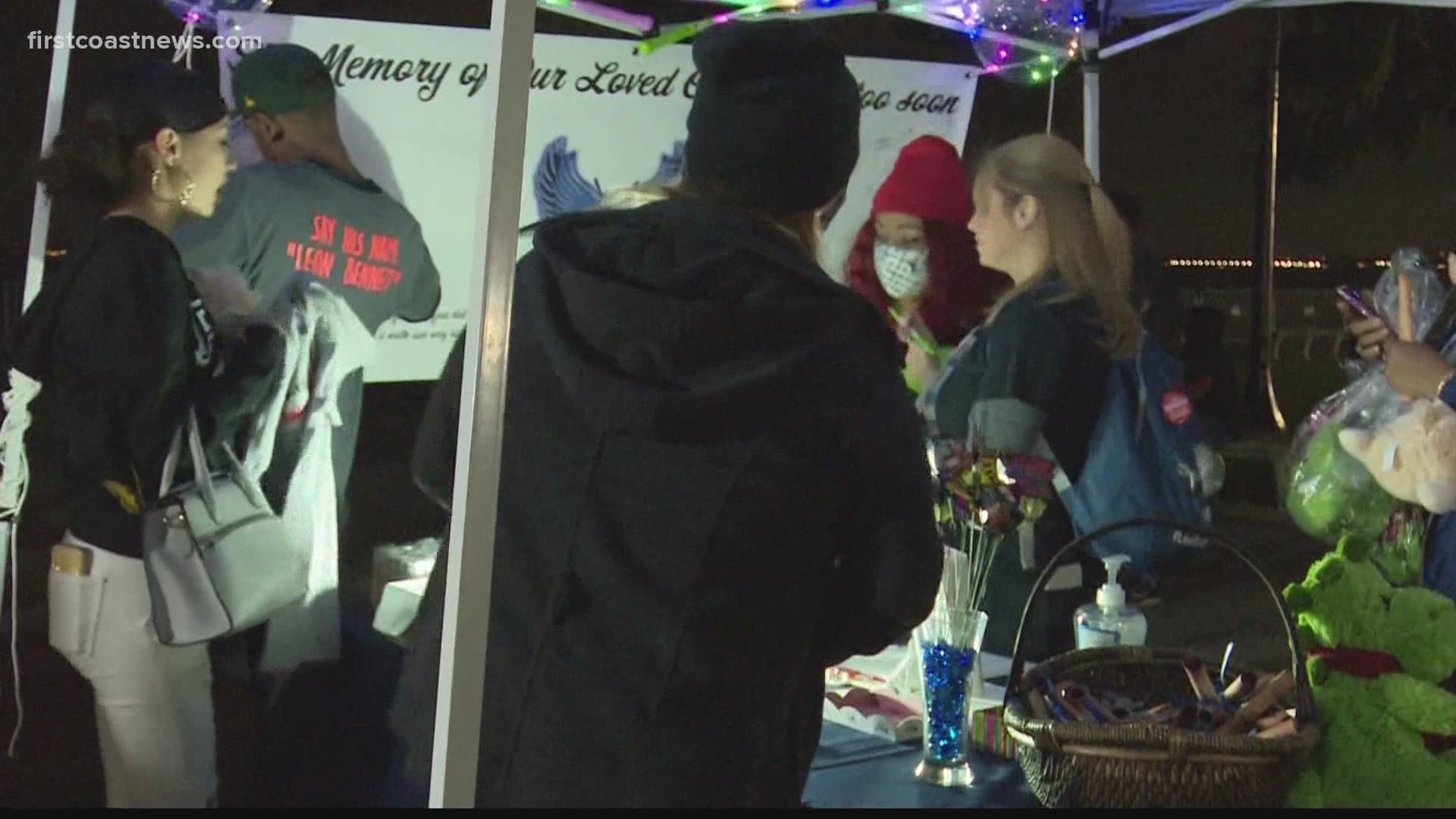 JACKSONVILLE, Fla. — Candles in the darkness marked the second annual vigil for families of homicide victims in Jacksonville Saturday night at Memorial Park.

The vigil comes as Jacksonville is wrapping up one of its deadly years in decades. According to First Coast News' unofficial count, the city has seen at least 171 homicides in 2020. Most have come by gunfire, including nine cases in which officers with the Jacksonville Sheriff's Office shot and killed someone.

The number of homicides this year is up from 158 in all of 2019. 2019's number was the highest homicide rate in almost two decades.

"It's very disappointing and all of the unrest nationally, we need to get back to realizing we're all important," Pastor Kelly McKnight of New Dawn Fellowship said.

Gray started the group after her son was killed by gun violence in 2019.

"Trevor had a really big heart," Gray said. "He’d give you the shirt off his back. If he was alive and we were doing this, he’d be right by my side," she said.

“We’re doing the vigil to bring everyone together and let them know they’re not alone in their grief. I know a lot of them are facing their first time with Christmas without their loved one. It’s important for them to have support so we want to offer that to them," Gray said.

Families were also given the chance to talk about their loved one at the vigil.

Second annual candlelight vigil for victims of homicide in Jacksonville getting ready to start at Memorial Park in Riverside. There have been at least 171 homicides in the city this year so far compared to 158 in all of last year. The vigil lasts until 8 p.m. pic.twitter.com/XUWQslp8li

"They’re not alone. There’s so many grieving families right now. I’d love for them to reach out to me. There’s services in place for them," Gray said.

"One thing it honored those that we love. I think that's very important. The other is that it keeps an awareness and with the increase of violence this year, hopefully this will create an awareness," McKnight said.

There was also a toy drive at the vigil collecting toys for less fortunate children in Jacksonville.