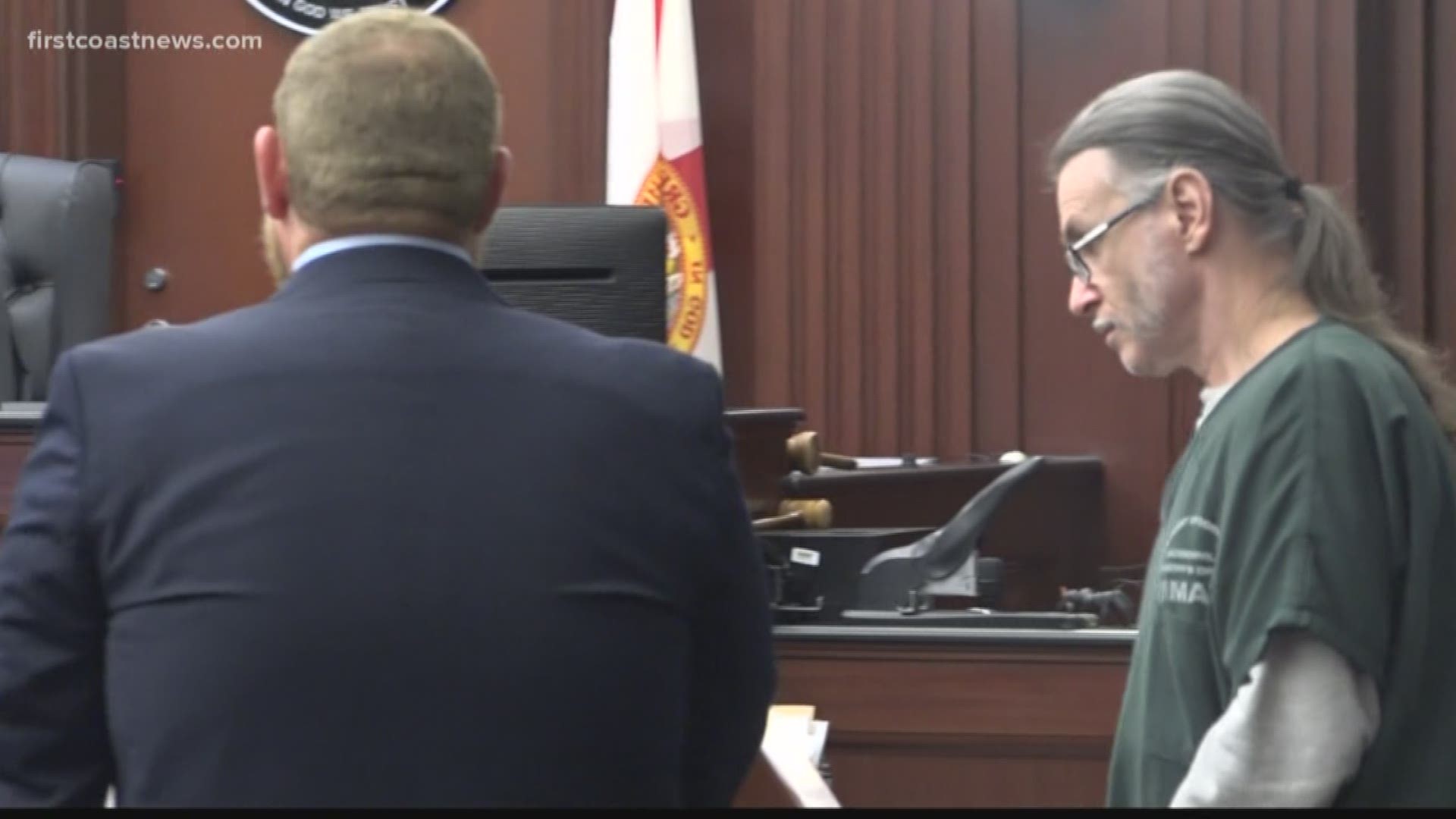 JACKSONVILLE, Fla. — His neighbors called it a house of horrors. If Russell Tillis’ confession is to be believed, it was a literal torture chamber.

Tillis, who is representing himself, included transcribed portions of his confession to a jailhouse informant in a motion to suppress that same confession.

RELATED: 'House of Horrors': An inside look into an accused murderer Russell Tillis' home

Tillis faces the death penalty on charges of killing Joni Lynn Gunter and burying her in his Southside backyard. He has pleaded not guilty.

The documents detail a criminal enterprise of utter brutality. In profane and unsparing language, Tillis tells fellow inmate Sammie Evans, “I was picking girls up and locking them in that room."

He said the room was "sound-proofed" and that he would repeatedly sexually assault the women, the document shows. Tillis was also recorded saying he allowed other men to rape the women for money.

"I locked the f*** girl up in there and you know that I rent her out and I got other guys coming over here and f***ing her too, and paying me, you know," Tillis said, according to the documents.

Sometimes, he said during the confession, he released the women. In one instance, he said, “she was kinda of the mentality, you could let her go and she wouldn’t say nothing. .. A lot of girls do. You would be surprised.”

But on one occasion in 2014, a Tillis calls “Jimmie” beat a captive savagely, the documents show.

“Torture, yeah. He breaks her f***ing cheek bone and breaks her nose and some of her teeth out and he beats the dog s**t out of her. … I tell him, damn, Jimmie, you know, you done messed her up. I can’t keep her,” Tillis said in the confession.

He killed and dismembered the woman and took her to a “little place down the street where I put her … in the ground,” the documents show.

During the confession, Tillis admitted to a second murder soon after of a woman who “wasn’t very submissive.. She was a little fighter.” At some point, she recognized Tillis’ brother, Tillis says, and “he talked me into killing her,” the documents show.

In the confession transcript, Tillis describes using saws and knives to dismember the woman in the garage.

“Just cut her arms off and cut her legs off and get her down to the torso and leave her on the plastic,” Tillis said he instructed his brother.

But, he said, his brother grew “squeamish” after he cut the woman’s head off and left Tillis with the work of dismembering and disposing of the woman, the documents show.

Tillis told the informant he buried the woman in the backyard. Human remains were found in Tillis’ yard shortly after the confession, prompting the pending first degree murder charge.

In his motion, Tillis asks to have the confession suppressed. Tillis contended the jailhouse informant said he was wearing a wire and then physically coerced him into making those statements.

Confessions are typically not public record, but the fact Tillis included portions of the confession in his motion brought them into the public record.

Tillis is set to go to trial in January.