Georgia state representative Al Williams led a call to pass a hate crime bill, which may be re-named to the “Ahmaud Arbery” law in the 25-year-old’s memory. 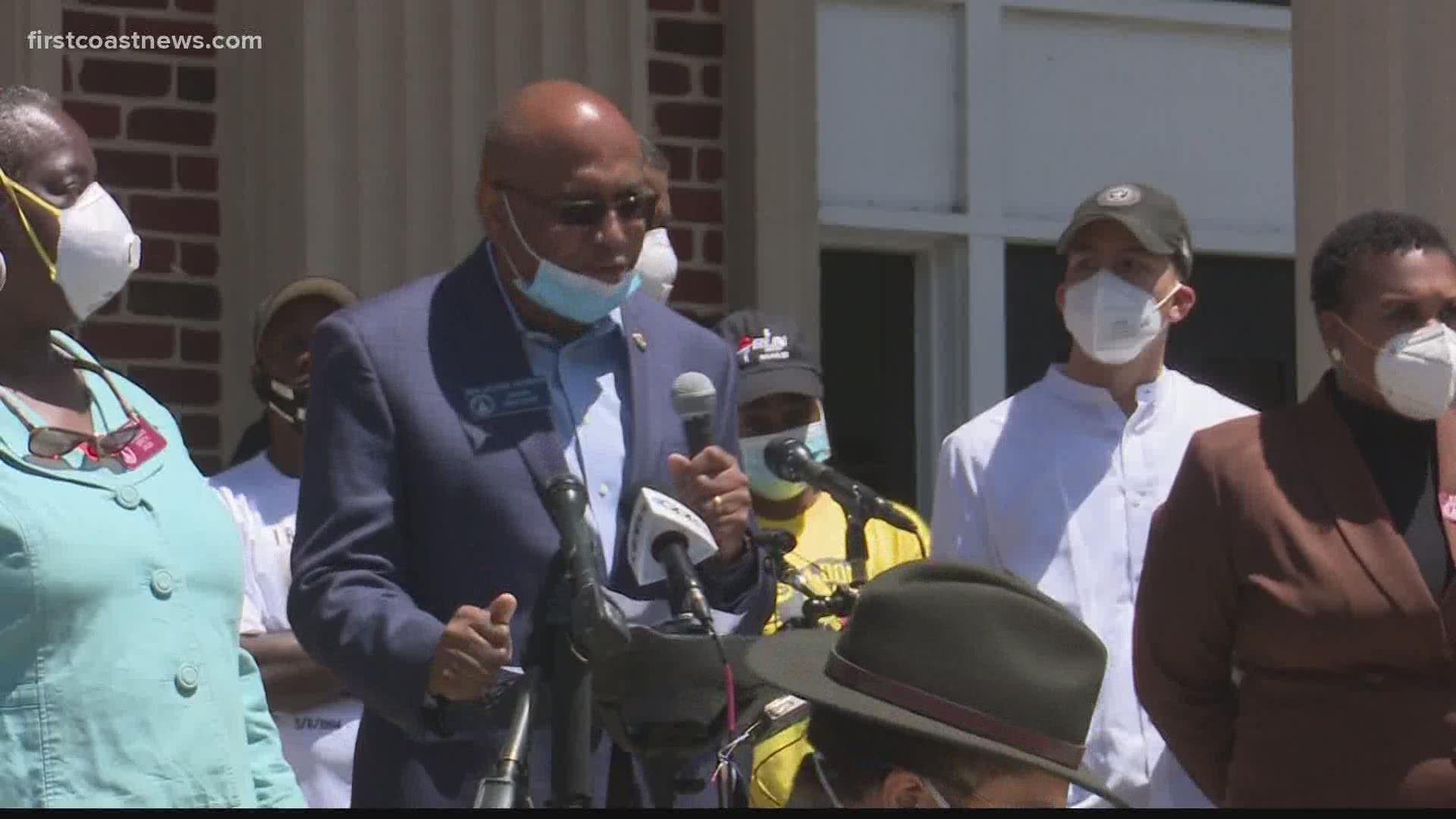 The shooting of Arbery has gained national attention. Political leaders from the president down to Southeast Georgia have called Arbery’s death disturbing.

Video showing the deadly confrontation between Arbery and accused killer Travis McMichael sparked a firestorm. On Tuesday, state leaders said they want to make sure this doesn’t happen to another person again.

Georgia state representative Al Williams led a call to pass a hate crime bill, which may be re-named to the “Ahmaud Arbery” law in the 25-year-old’s memory.

Arbery’s cousin, Kevin Smith, spoke to First Coast News and says the family is glad to get all this support, but they are still trying to understand why Arbery was shot that day.

Arbery was born on Mother’s Day 26 years ago. His family still mourning.

“We're happy about the support but we’re still sad," Smith said. "We’re still hurt we lost Maud. We’re trying to get an understanding about what happened really, you know?”

Smith also wants two district attorneys who recused themselves from Arbery’s case to be held accountable for their actions.

Brunswick DA Jackie Johnson and Waycross DA George Barnhill will both be under a GBI investigation.

The agency announced they are looking at possible misconduct for how the two handled the case.

The GBI said Barnhill held onto the case for weeks, despite the fact his son worked alongside suspect Greg McMichael in a previous prosecution of Arbery. Barnhill also justified the shooting, stating that suspects Greg McMichael and Travis McMichael were trying to make a citizen’s arrest.

It’s a law that state leaders want to change.

Smith wants change at a local level after the delay in getting justice for his cousin.

“We’re all here for the same reason. Justice and peace. With Johnson in office, it’s hard for us to get it,” Smith said.

DA Johnson has stated that any investigation will show her office acted appropriately under the circumstances.

First Coast News is still waiting to hear from Barnhill.