The shooting is reportedly linked to a video circulating around Facebook. 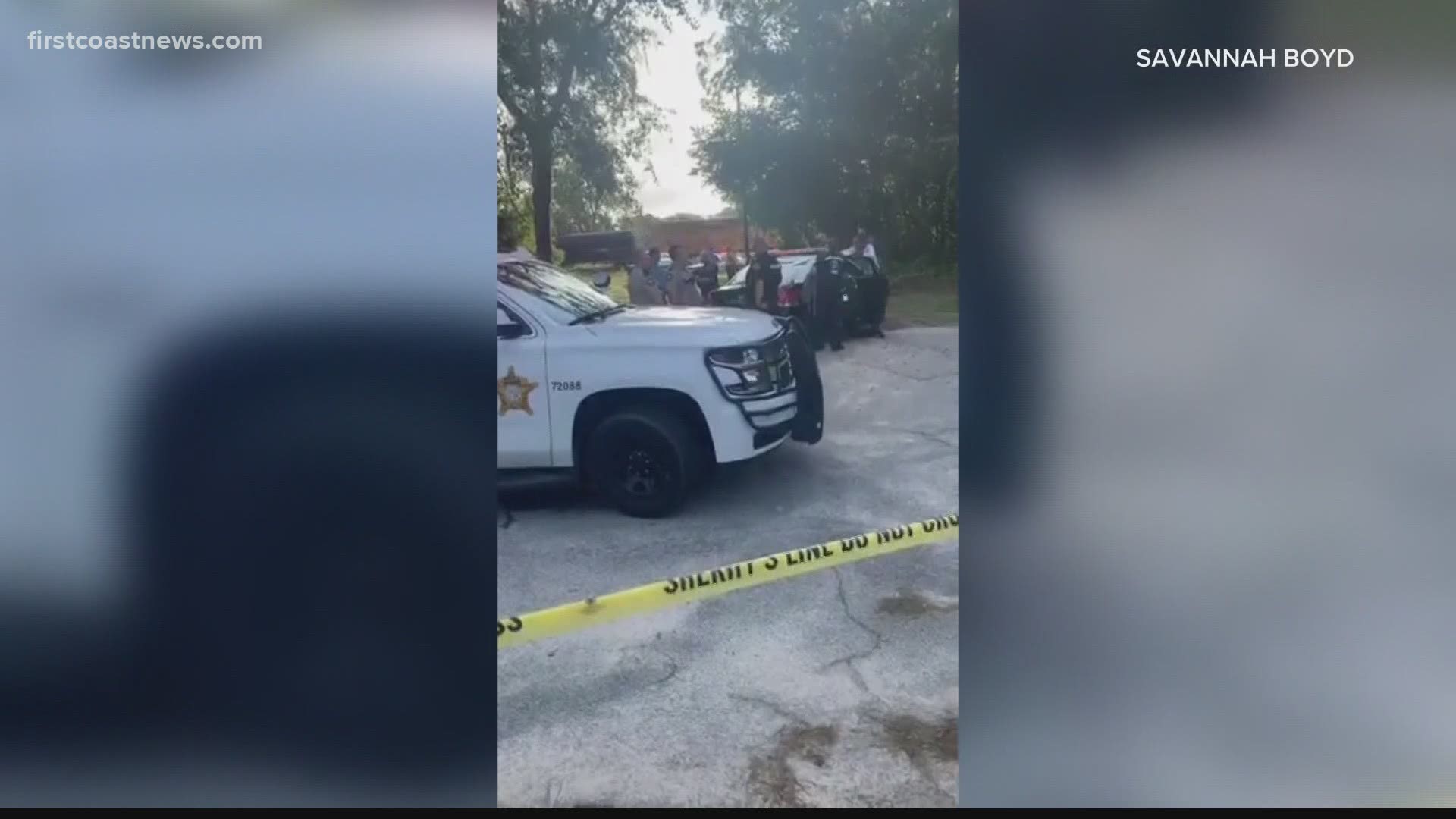 WAYCROSS, Ga. — Agents with the Georgia Bureau of Investigation are investigating an officer-involved shooting that happened Saturday morning in Waycross and involved a group of minors.

Several viewers sent First Coast News a video of the scene following the incident. The video, a Facebook Live, was taken by Savannah Boyd, the sister of the minors involved.

"[My sister] called me and said 'The officers are shooting at us. Come get us,'" Boyd said. "I was like, 'They're just playing,' and she was like, 'I don't think so. I think they're serious.'"

Boyd said her siblings, ages 9, 12, 14, 15 and 16, were shot at by police officers at least eight times following a traffic stop at around 8 a.m. at the intersection of Howe Street and Brunell Street.

According to GBI, an officer with the Waycross Police Department saw a traffic violation and tried to get the car's license plate information. As the officer responded, the GBI said three minors ran out of the car, prompting a second officer to respond to the scene. Boyd said the 9-year-old and two 12-year-olds got out of the car and ran to their mother's house down the street.

As the second officer approached the car, the GBI said the car began to drive toward him and he fired several rounds at the vehicle. The GBI said a 15 and 16-year-old were inside the car at the time the officer fired. According to the GBI, the two teens then got out of the car and an altercation ensued between the second officer and the 15-year-old. The 15-year-old was then handcuffed.

The GBI said the teen was treated for minor injuries from the altercation. No officers were hurt and no one was struck by the gunfire.

"He's Black. He's a Black young man in this country and it's a scary situation and I feel for him," Boyd said.

At the time of the incident, Boyd said her siblings were dropping off their 9-year-old brother with his football team so they could take the bus to their game in Jacksonville. That's when the officer started following them, according to Boyd.

"Stuff like that shouldn't happen. Police are supposed to be here to protect and serve," Boyd said.

Boyd said her siblings decided to go home once they saw the officer following them but were pulled over while turning onto their street. The older brothers, she said, told the three youngest siblings to run to their mother's house down the street.

The first responding officer eventually returned to the initial scene of the traffic stop after hearing gunshots. The GBI said the three minors went home and no officers were injured.

Both the WPD and the GBI said the incident is under investigation. Specifically, the police department said the GBI is the point agency and said, “as procedure, we always call them for any use of force of this nature."

Larry Lockey, the president of the Waycross NAACP, said he met with the family and is looking into the incident as well. According to Georgia-based attorney Gerald A. Griggs, the Georgia NAACP has been alerted to the incident.

Boyd said they still don't know why her siblings were stopped.

We have sent questions to the Waycross Police Department regarding this incident. We were told they’re in a meeting right now and will send a press release regarding the incident when more details are available. https://t.co/YaAeewra8L