The alleged serial killer and rapist was a match on a genealogy website, which led to his arrest. 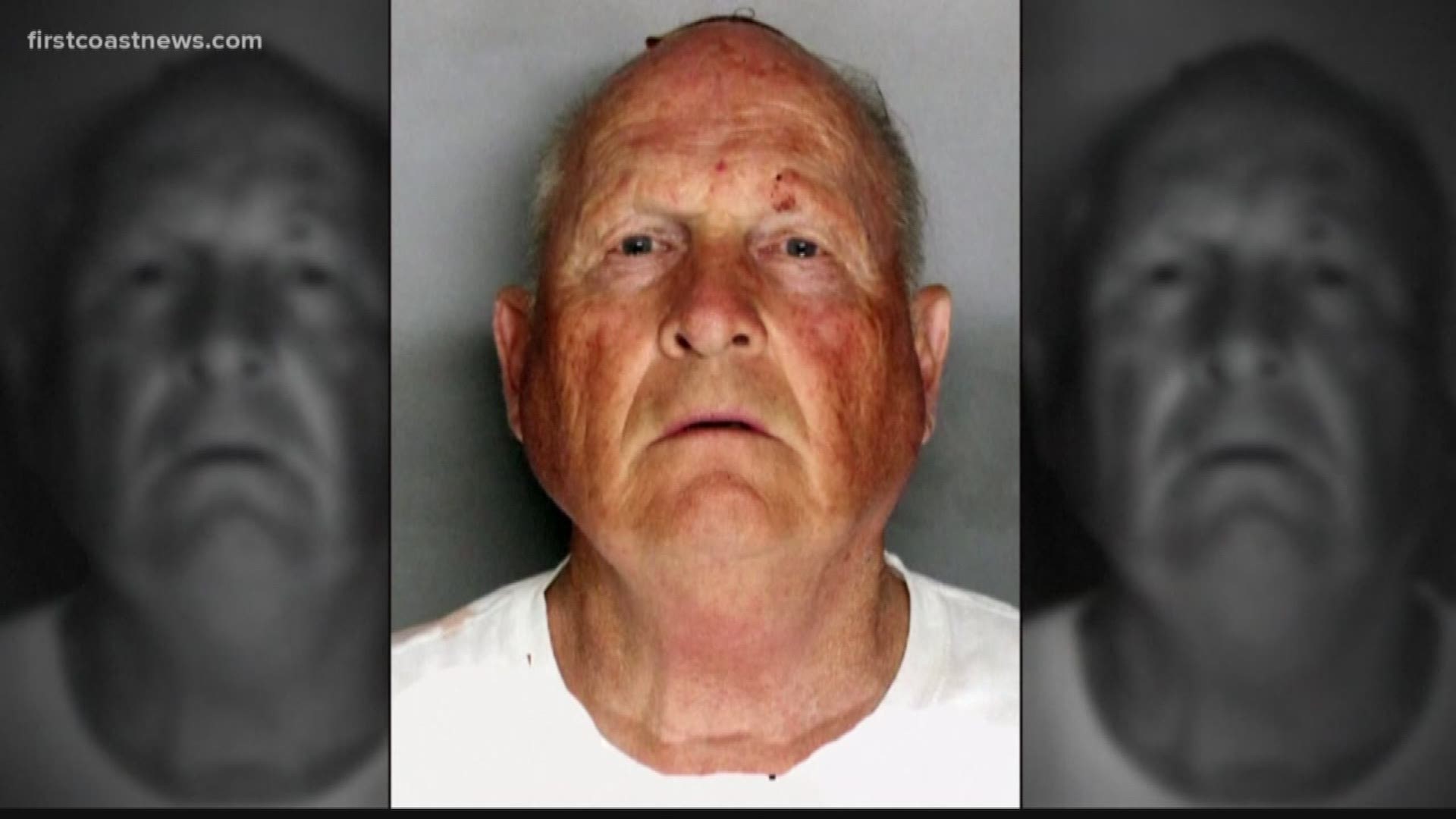 JACKSONVILLE, Fla. -- Finding the alleged Golden State Killer, who is responsible for 12 murders and more than 50 rapes, was like finding a needle in a haystack, according to the Sacramento County District Attorney.

Two weeks ago, a man named Joseph DeAngelo was arrested in California. He has been identified as the suspected serial murderer and rapist.

Diane Stein is the mother of his last known victim. She now lives on the First Coast. She told First Coast News the answers from the DNA will finally help bring families closure.

The method used to possibly bring down the violent suspect was an unprecedented move. A retired investigator who worked decades on the Golden State Killer case gave it another attempt. Preserved DNA from one of the scenes was used and entered into GED Match, a genealogy website.

UNF Professor Dr. Matthew Gilg said it could open the door for more cold cases, but he warns of obstacles with the brand new method in the future.

"You’re taking this unknown DNA and comparing it to everything this company has on file," Gilg said. "There’s definitely questions over civil liberties."

DeAngelo was a match on that website. It's what led to his arrest.

"I do think this is a great way that can help investigators but I also think it could get messy and it could be used to harm people," Gilg said.

He said knowing this could dissuade customers; it's a reason genealogy websites may not want to get involved. However, like other genealogy websites, they do warn customers about their privacy being exposed once on the website, saying in part, “If you require absolute privacy and security, we must ask that you do not upload your data to GEDmatch.”

"It’s one thing to say your DNA may get used to help police, but that doesn’t stop someone from getting your DNA and taking it to an insurance company saying you need to charge this person a higher premium because their DNA shows they may get these diseases," he said.

He said eventually privacy concerns will be a factor, if they aren't already, but not a dead end in forensics.

"This really is the tip of the iceberg, most likely there will be more investigators who use this," Gilg said. "Before this, unless someone volunteered to give their DNA, or unless they committed a crime and were in the system, that was the only way they could utilize DNA evidence. I don’t know if it will change the future dramatically but it gives investigators a technique they didn’t have before."