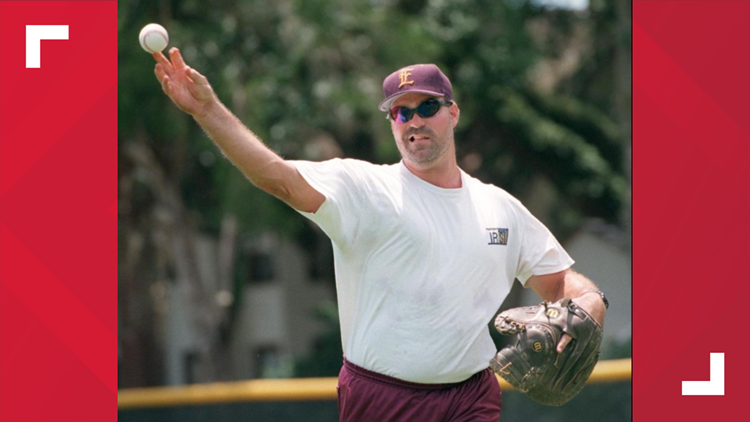 Davis, 55, who also is listed as a health teacher, is charged with violating an injunction for protection order against domestic violence involving his estranged wife.

Dawn Davis, 53, filed for divorce Jan. 3 after five years of marriage and then the injunction on Jan. 7, court records show.

The arrest report does not include a narrative, and The Times-Union has requested the arrest warrant from both the Sheriff’s Office and State Attorney’s Office.

His estranged wife said she moved out of their Mastin Cove Road home in September after several instances of violence, according to the injunction. She said Davis has been stalking her and calling her multiple times, including 10 times on Dec. 18. She said he comes to her apartment day and night pounding on her door.

On Jan. 4 he told her he had someone follow her and he had video, but then said he was lying, according to the injunction. She said he has threatened to kill her and has a history of domestic violence with his two previous wives.

Court records show Janice Davis filed an injunction for protection against him in 2012. She said she locked herself in a bedroom after he made a comment, and he hit the door so hard that it popped open. He began to yell and she told him it was the last straw. He told her she was not going to get out of there with his kids.

She said they had discussed divorce, but “he told me that if I ever tried to leave him that he would kill me and bury me so deep that no one would find me,” she said in the document.

Davis pleaded not guilty Feb. 25. He has been placed on home detention with electronic monitoring and is to have no contact with his estranged wife. He did not wish to comment Friday. The Times-Union also left a message for his attorney, L. Lee Lockett.

She said he began working for the district in 2002 at Stanton High School and transferred to Atlantic Coast in 2010 where he has been since.