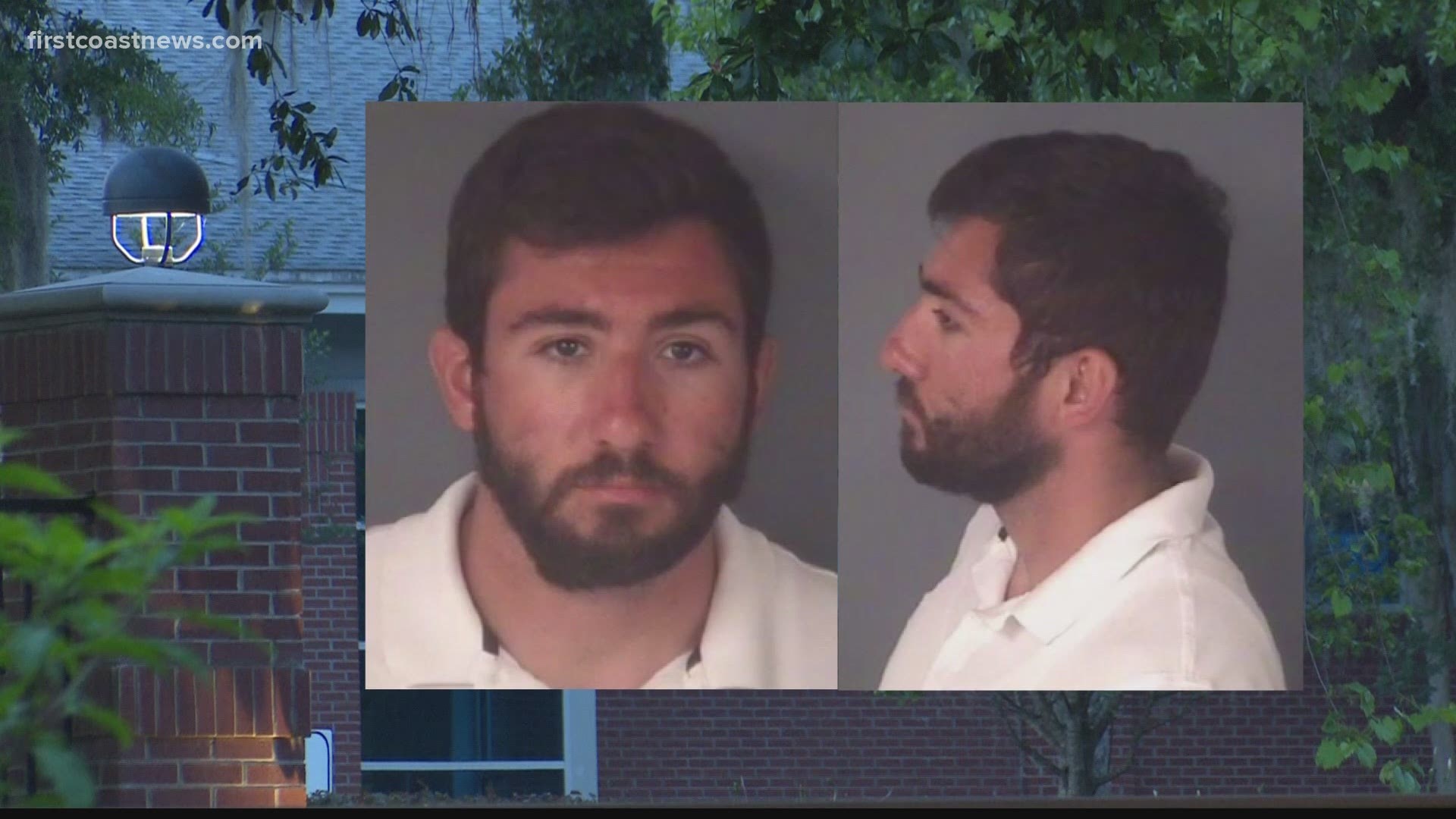 According to a press release, in April 2021, the Clay County Sheriff’s Office Internet Crimes Against Children and Forensics Unit conducted an extensive investigation involving a child being exploited online.

During the investigation, deputies say evidence revealed Mitchell Bentz, 24, solicited a 17-year-old online for unlawful sexual conduct. Bentz further sent several lewd images to the child victim. It is unclear if the child was a swimmer or student of St. Johns Country Day School.

According to an arrest report, investigators spoke to Bentz last week, and he turned himself in to the sheriff’s office Monday. Jail records show he is charged with one count of using of a computer to seduce, solicit or lure a child, and one count of transmission of material harmful to a minor by an electronic device. His first court appearance is Tuesday.

First Coast News reached out to the private school multiple times for comment on Bentz’ arrest, but have not yet heard back.

“According to the best statistics, one in five girls and one in 13 boys will be sexually abused by the time they're 18," Marci Hamilton, CEO of the child advocacy group Child USA said.

Hamilton says parents need to be actively monitoring what their children are doing and seeing online.

“Your child needs to understand that the internet is dangerous. It's just as dangerous as playing on a busy street," she explained. You know, we all teach our kids don't run in front of cars, we need to teach them that this is a dangerous arena.”

Hamilton offers the following additional tips on how to keep your children safe during in the internet world and beyond: