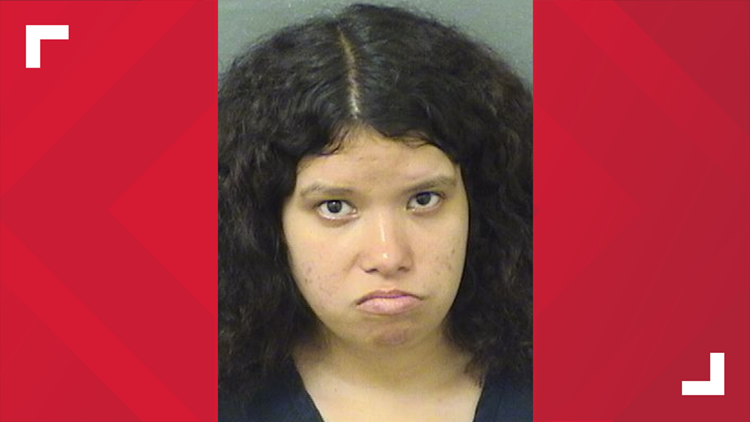 LAKE WORTH, Fla — A Florida mother upset her children were being moved to a different school threatened to commit a shooting, investigators say.

Miranda Perez, 28, admitted to thinking about shooting the school but claimed she wouldn't actually commit the crime, according to an arrest report from the Palm Beach County Sheriff's Office.

The sheriff's office was called Sunday by a man named Andrew Broome. He claimed to have been video chatting earlier with Perez, who mentioned she was going to friend-request on Facebook accused Parkland shooter Nikolas Cruz because she liked "violent things," the report reads.

Following the chat, the two began messaging on Facebook Messenger, with Perez allegedly saying, "I'm thinking of doing a school shooting at Barton."

It was in reference to Barton Elementary School -- the school in which her kids were being moved to.

Broome is said to have responded, "WTF," and Perez reportedly replied: "Yep. It's there fault."

Investigators contacted Perez and said she did send the messages, deputies say.

Jail records show she is booked in jail and held on a $5,000 bond. She is charged with sending a written threat to commit bodily injury.