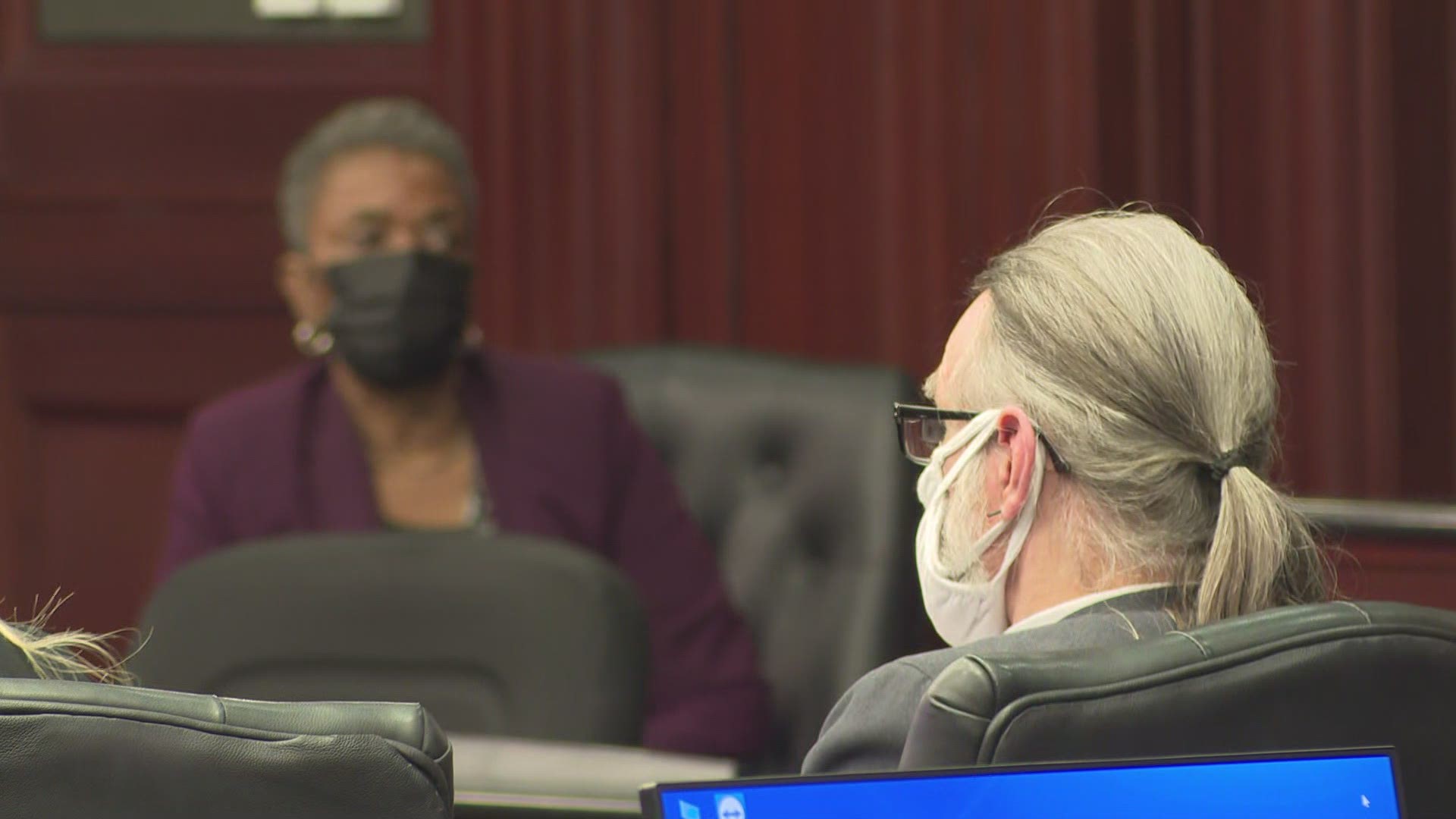 JACKSONVILLE, Fla. — UPDATE: A Duval County jury recommended a life in prison sentence for Russell Tillis after he was convicted of first-degree murder, kidnapping and abuse of a dead human body.

The jurors voted 9-3 on a verdict Thursday evening.

Now, in the penalty phase, they must decide whether prosecutors have proven aggravating factors that warrant death, or whether Tillis’ defense attorneys have provided enough mitigating evidence to outweigh those aggravators.

The defense spent much of the day Wednesday presenting Tillis as “a damaged, broken” man, but one who could nevertheless lead a productive life in prison using his skills as a welder. They introduced psychologists and toxicologists who testified that Tillis was warped by childhood trauma and years of drug addiction.

After a final a few witnesses Thursday morning, attorneys for both sides will present closing arguments before the case goes to the jury.

There is no timeline on how long deliberations might take.

Following Tillis’ conviction last week for first-degree murder, the penalty phase of the trial began this week with Tillis’ attorneys introducing evidence of the physical and sexual trauma they say he suffered growing up at the hands of his father.

Forensic psychologist Dr. Jethro Toomer testified the toxic stress he endured, along with a drug addiction that began at 13, stunted Tillis mentally and emotionally.

“Russell Tillis is a damaged, badly broken individual but not beyond redemption,” defense attorney Donald Mairs told jurors. “You are going to learn that Russell Tillis was poisoned by the violence that he witnessed, that he endured both sexual and physical, and also the drugs that he used.”

However, prosecutor Alan Mizrahi told jurors the guilty verdict they reached last week should inform their decision in the penalty phase.

“What happened on 3551 Bowden Circle was shockingly evil. It was heinous atrocious and cruel,” Mizrahi said. “We are confident you will hold him fully accountable and that you will do what the facts in this case require, and that’s to vote unanimously for a sentence of death.”