Isabella Garcia, 19, Cameron Bell, 18, Hayden Raulerson, 20, and Alysia Litlejohn, 20, were pronounced dead at the scene. All were from Jacksonville. 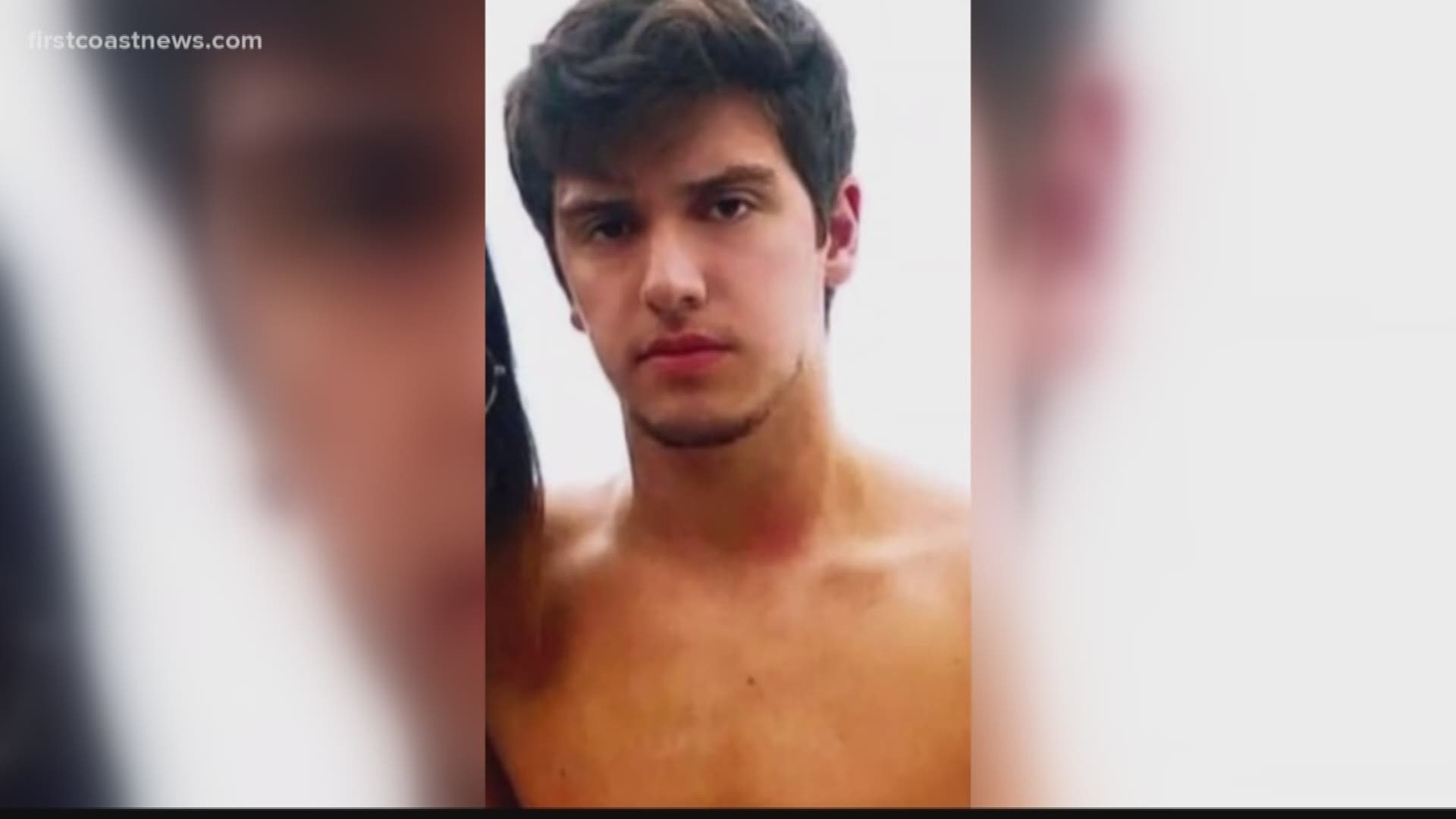 A survivor of the 2018 crash that killed four young adults in Gilchrist County was arrested on Friday and he faces multiple charges, including DUI manslaughter, the Florida Highway Patrol told First Coast News.

An investigation revealed that Blake Delapaz, who was 20 at the time, was speeding and going eastbound on County Road 340, according to the FHP report. At the intersection at US Highway 129, he reportedly failed to stop.

Delapaz survived with serious injuries, but the other four adults were pronounced dead at the scene. The driver of the other vehicle was also injured.

Blood tests revealed that Delapaz was under the influence of alcohol at the time of the crash, according to the report. It stated his blood-alcohol level was .083.

First Coast News spoke with Casey Gibson about Delapaz's arrest.  He was a wrestling coach to Bell, Delapaz and Raulerson at Sandalwood High School.

He considered them all 'great students' and says, "I know it hasn't gotten easier for us because I think about them all the time. I was very honored to be their coach. I was honored to know them."

FHP also revealed that the four who died weren't wearing a seatbelt.

He was arrested in Jacksonville and booked into the Duval County Jail with a bond of $950,000, Jacksonville Sheriff's Office records state.

"Today, we were notified of the arrest of Blake Delapaz in connection with the tragic crash that killed my baby Alysia Littlejohn and 3 of her friends last June. It has been a long and difficult wait for the family to learn of the results of the Florida Highway Patrol’s investigation. Although the next couple of months will be difficult, we stand with the other families in seeking justice for the senseless deaths of loved ones. In the Blink of an Eye tragedy can happen and it’s important for those responsible to be held accountable. We hope that this will serve as a cautionary tale for other young people to avoid driving wrecklessly and drinking and driving. As well as getting into a car with anyone under the influence. We ask to keep all of our families in your prayers as we travel down this journey for justice. "