"I want everyone to know the caring person he was. He was there for everyone. He liked making people laugh,” said Kaiden Townsend, Skyler’s older brother. 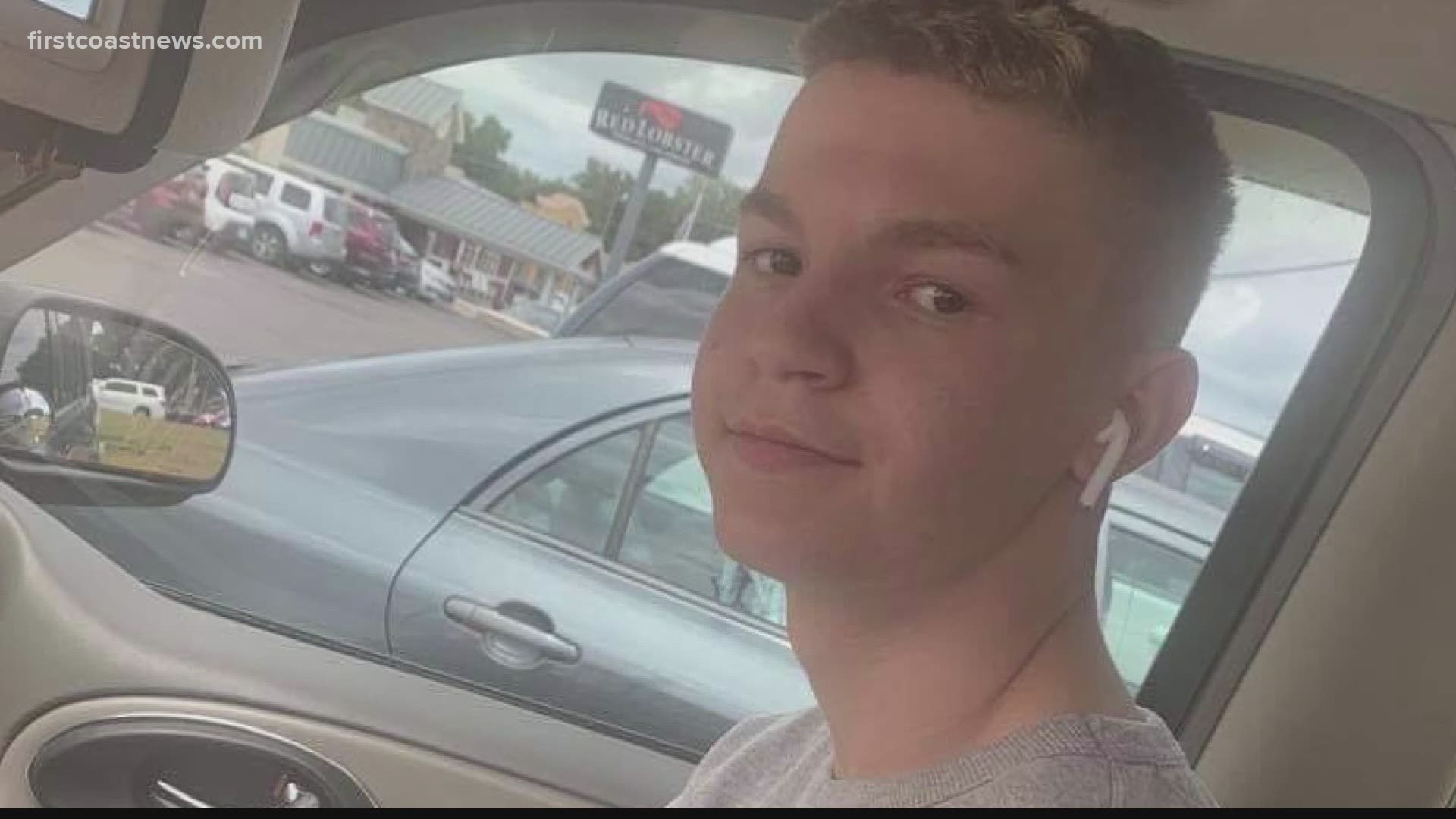 GREEN COVE SPRINGS, Fla. — The family of a Clay County teenager shot and killed Tuesday evening wants the community to know what kind of person he was.

Skyler Townsend, 18, died after a shooting along the 1100 block of Center Street in Green Cove Springs. Shards of tattered glass remain at the spot where a young man lost his life way too early.

"I want everyone to know the caring person he was. He was there for everyone. He liked making people laugh,” said Kaiden Townsend, Skyler’s older brother.

Kaiden says his brother wanted to go to college at Louisiana State University and have a career helping animals.

"It's very unfortunate. He was so young. It's just tragic," said Alexandrea Robertson, Skyler's aunt.

Alexandrea Robertson says her nephew had his act together and was always mature for his age.

"He was very intelligent," Robertson said. "He graduated school early and just turned 18. He was hilarious. He could make you laugh at anything. He was very goofy."

The Orange Park High School graduate was raised by a single mother. His older brother Kaiden says the two were best friends.

"The way that he changed my life and the way that I looked up to him, whether he's my younger brother or not, there's so much stuff he did that I wish I could have done," Kaiden Townsend said.

"It was numerous, numerous things that he could have done. He was just a very well-rounded child and smart. He had the world at his hand," Robertson said.

The Green Cove Springs Police Department said Wednesday that officers found and seized a vehicle of interest in connection to the shooting. Police said the vehicle is being processed for evidence and charges are pending.

I will be interviewing the victim's sister and will have more on who she says he was and how how she'd like him remembered tonight live at 5 & 6 on @FCN2go. The picture of Skylar Townsend is courtesy of his sister, Bree Townsend. https://t.co/C6G9Afl9jp pic.twitter.com/zMOgMh63o3