"It's time for the DA in Brunswick to do the right thing," Dennis Perry’s family says, 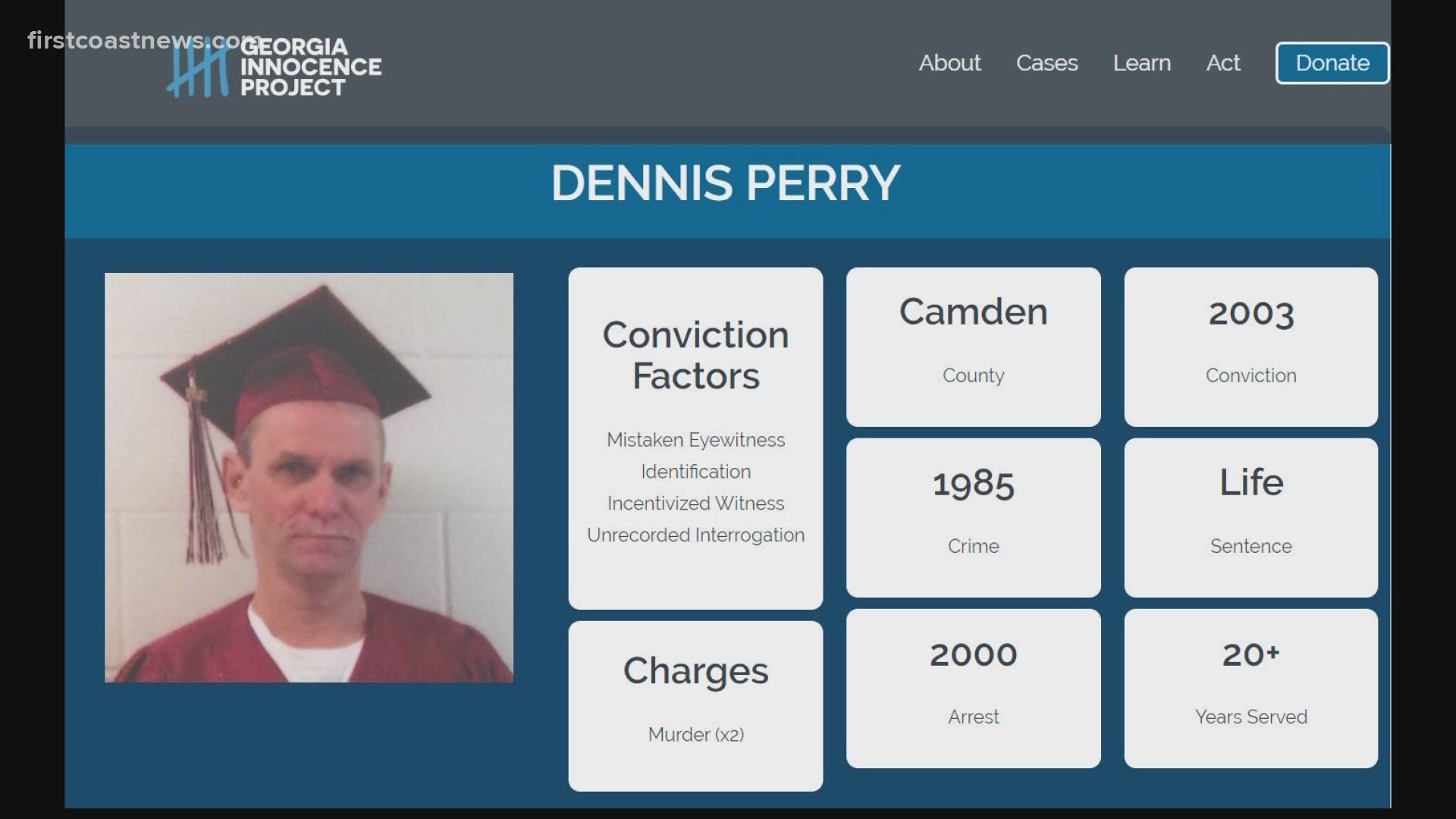 CAMDEN COUNTY, Ga. — For 20 year, Dennis Perry has been behind bars. For 20 years, he has maintained his innocence.

The horrific crime he was convicted of happened in Camden County on March 11, 1985.

Harold Swain, a deacon at Rising Daughter Baptist Church in Waverly, and his wife Thelma Swain, were shot to death inside their church. Witnesses told police a white man came into the black church and killed the couple.

“It was a horrible, horrible crime, and there’s been no justice for their deaths,” said Suzanne Baugh, Perry’s cousin. She started the “Free Dennis Perry” Facebook page and has been pushing for his release.

In April, Perry’s attorneys filed a motion for a new trial based on new evidence. According to that motion, DNA test results tie another suspect to key physical evidence found at the crime scene of the murders. That evidence, a court document says, was a pair of very distinctive eyeglasses believed to have belonged to the killer.

On Tuesday, District Attorney Jackie Johnson requested the Georgia Bureau of Investigation conduct a follow up investigation into the case in light of the newly conducted DNA test. The GBI confirmed to First Coast News it is reopening the investigation.

Based on the findings, the District Attorney’s Office said Johnson will review the case and determine how to proceed for the hearing on Perry’s extraordinary motion for a new trial.

The Georgia Innocence Project and the King and Spalding law firm sent a statement to First Coast News saying they are "surprised and disappointed" Johnson waited six weeks after getting the DNA evidence to bring in the GBI.

"While we are heartened that the GBI is now investigating the new DNA evidence that implicates an alternative suspect and further exonerates Dennis Perry, in the meantime Mr. Perry remains in prison for crimes he did not commit. He should be released immediately,” the statement said.

The Georgia Innocence Project, which only takes on 2% of the cases it receives, has been working for years on Perry's behalf.  The case has also been featured extensively on the podcast “Undisclosed”.

Perry’s family believes the new DNA evidence is enough to set him free.

“It means he’s innocent, and he is serving someone else’s time. It means he has sat in jail because there are people out there that didn’t want to listen to the evidence,” Baugh said.

She said it's time for Johnson to "do the right thing."

“Martin Luther King said that the moral arc of the universe is long, but it bends towards justice. Well it's been long enough," she said.