Five years after the SS El Faro sunk off the coast of the Bahamas, the families had to endure more heartbreak when the memorial to the crew was vandalized. 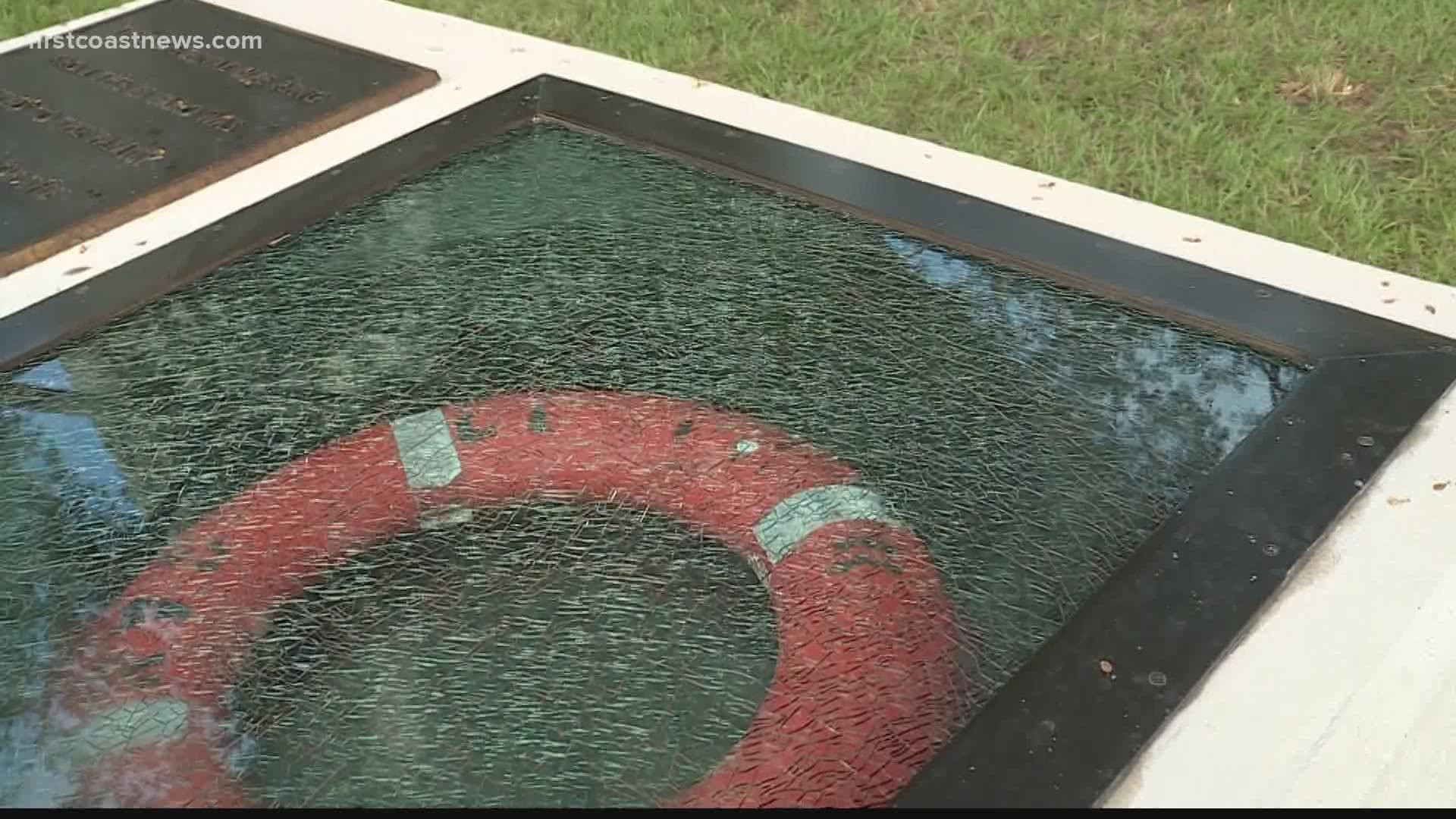 Less than 48 hours later, on the morning of Oct. 1, the ship ran into the Category 3 storm and began to take on water and started to list. A short time later, the ship sank 15,000 feet into the Atlantic Ocean near the Bahamas along with all 33 souls on board.

"It seems like it was yesterday," remembered Rochelle Hamm, whose husband Frank was one of the 33 crew members lost in the sinking.

Shortly after the tragedy, organizers dedicated El Faro Memorial Park underneath the Dames Point Bridge near the St. Johns River as a tribute to those lost that morning.

"This memorial park is all we have," Hamm said. "This was set up so we can come and have peace with our loved ones."

However, the families of the El Faro's crew were left to suffer yet another heartbreak when one of the 5 ft. angels was apparently stolen from the park's grounds.

"I was upset totally," Hamm said. "We live in brokenness and this makes it worst."

"I don't know why somebody would actually do that," Livingston said.

On Friday, Hamm discovered even more vandalism to the hallowed memorial. A sheet of tempered glass protecting a life ring from the ship was shattered as if someone was trying to remove it.

"To me, this is like somebody came and dug up Frank's bollard," said Hamm.

Speaking for the other El Faro families, Hamm is asking the public to assist authorities with the investigation so the preparator(s) can be brought to justice.

"They went to work and did not come home," Hamm said. "This is all we have, no ashes, no remains here. This is it."

The City of Jacksonville is actively investigating the vandalism. A parks department worker and staff from Totes Services, which owned El Faro, were at the memorial park to examine the damage.

The City of Jacksonville told On Your Side they are working on it:

"We are aware of the senseless vandalism and will work with JSO to try to find who is responsible. In the meantime, crews from our Parks Dept. are on site today to make repairs and ensure the safety of this treasured Memorial. Parks is also in contact with Tote Maritime, the organization that did the install."