According to an arrest warrant, Casandra Streib said in a resignation note before the incident: "I hate the kids and I’m putting in my two weeks.” 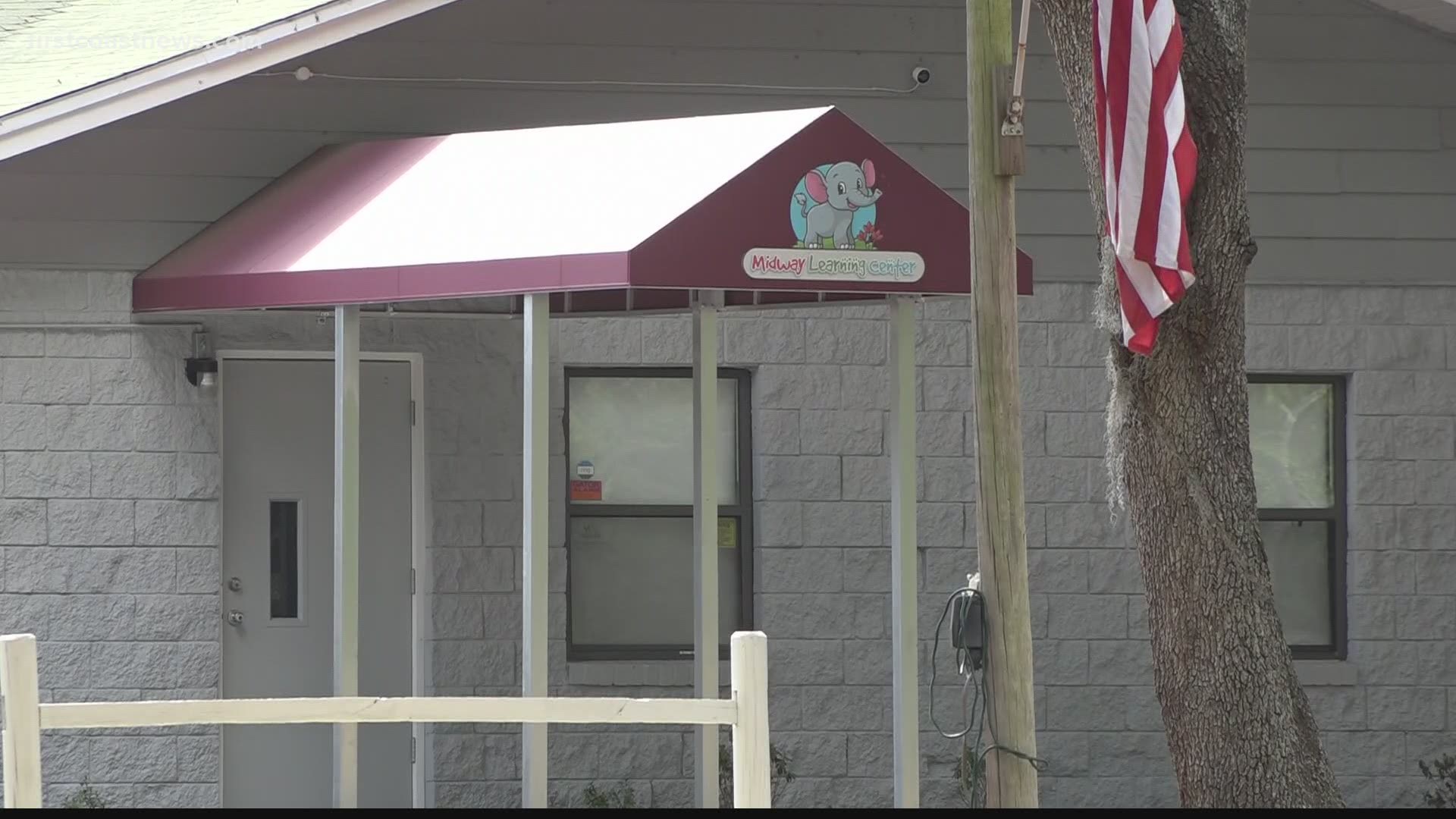 MELROSE, Fla. — A former daycare worker is facing a felony charge after being accused of cruelty to a 1-year-old child at Midway Learning Center in Melrose.

The young girl's mother prompted the investigation after finding bruises on her arms, back, and head in mid-May, according to a Bradford County Sheriff's Office arrest warrant.

Daycare teacher Casandra Streib, 29, was charged with child abuse after investigators viewed surveillance footage from inside the child care center.

According to the report obtained by First Coast News, Streib allegedly handled “the child roughly multiple times” within an eight-minute period.

The footage is not available at this time, officials say, citing the active investigation. However, according to the report, Streib “pulled the victim hard enough to cause her head to fall backwards and hit the ground." Before “forcefully grabbing the child and picking her up off the ground and tossing her."

As the child was crying, investigators say, Streib used “her leg and foot to move” her.

“When you send a kid to daycare, you put your trust in that facility –  that they've hired workers that are responsible and treat your kids with respect," family attorney Teddy Foster said. "And violating that trust is a huge, huge pit in your stomach as a parent or as someone who has children. It’s extremely traumatic.“

One week before the incident, investigators say, Streib left a resignation note stating: “I just can’t do this anymore. I hate the kids and I’m putting in my two weeks.” According to investigators, the daycare director asked her to work three more weeks so she could hire a replacement.

Foster said the family is weighing its legal options.

“I think it's just painful to see that that's what she put in her two-week notice letter," Foster explained. "To know that that's what was in her heart, And that's how she felt. And then to see that manifested in the way she acted with the children physically is really heartbreaking.“

The owner of Midway Learning Center told First Coast News she can't comment on the on-going investigation, but released the following statement:

Please be advised that we can’t make any comment or provide any details on this case due to an ongoing investigation.

What I would like to say, however, outside of that, is that we are extremely fortunate to have the opportunity to own and operate Midway Learning Center in Melrose. Melrose is a beautiful boutique community with some of the nicest, most hard-working people we’ve ever met.

It’s for this and other obvious reasons that our primary goal is to ensure the safety and well-being of our little ones. To serve our parents and the community of Melrose, is what we will continue to do without fail.

Streib was released on a $100,000 bond, according to Bradford County Jail records. She pled not guilty last Friday.

The Bradford County Sheriff’s Office confirms with First Coast News it is only investigating Streib, not Midway Learning Center.