Tim Edwards dated a woman he knew to be named Melissa McKernen in and around 1997-1999. They had a son together in 1998. She signed the birth certificate for their son as Christina Melissa Brook. She told Edwards she was using the aliases to make sure her family, including her mother, could not find her. 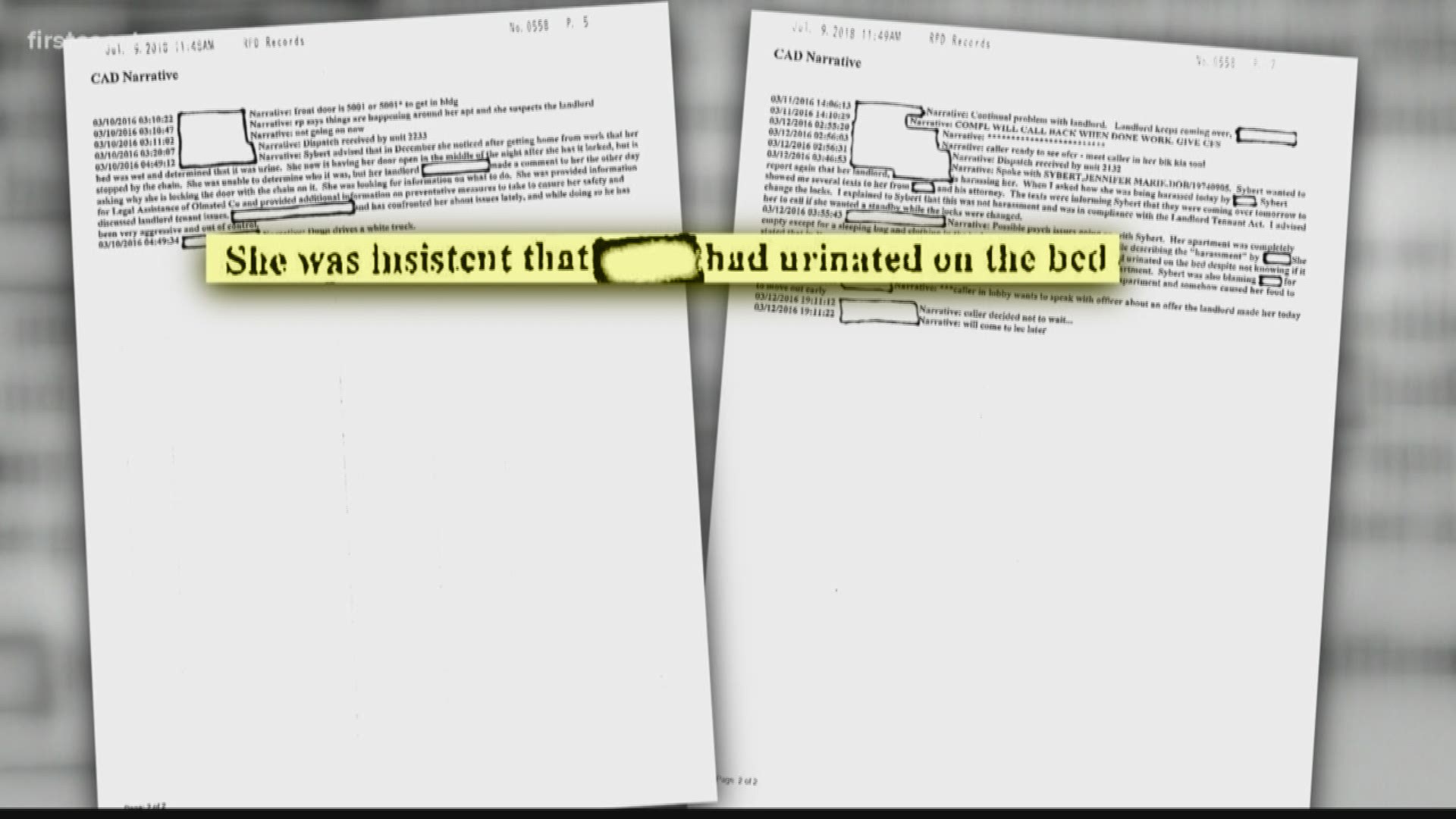 She signed the birth certificate for their son as Christina Melissa Brook. She told Edwards she was using the aliases to make sure her family, including her mother, could not find her.

She was arrested under the name Jennifer Sybert. Now she is known as Kimberly Kessler and she is the suspect in the disappearance of a Nassau County mother named Joleen Cummings. Cummings was supposed to pick up her children on Mother's Day but never showed up.

Cummings' mother reported her missing and the Nassau County Sheriff's Office and the FBI have been looking for her body ever since. In a recent development, the FBI has begun searching a landfill in Georgia for evidence after security footage showed Kessler throwing away a white garbage bag and the contents of a garbage can into a dumpster in Nassau County.

“I believe it was the following week that Joleen Cummings had gone missing when the Nassau County Sheriff’s Department and the FBI were trying to contact me and Evan [their son] is when I found out what her actual real name was," Edwards said in an exclusive interview with First Coast News. "When we met each other, her name was, well what she was going by was Melissa McKernen ... then once my son was born she put Christina Brook, Christina Melissa Brook on the birth certificate. So prior to me even meeting her, she had been using aliases. And the reason she told me she was using aliases was to avoid her mother."

In an interview done by WTAE in Pennsylvania, Kessler's mother, Connie Kessler, made accusations that her daughter began using aliases in 2004 when Edwards supposedly told Kessler that Evan had died at around 15 months old. According to Connie, Kessler said that she had reason to fear the father of her child and that she wanted to find where her son was buried.

READ MORE| Mother of suspect in Joleen Cummings' disappearance: "I'm her mom to the end"

Connie also alleged she had never met Evan before and made it seem as though she and Kimberly had a decent relationship, though she had not seen her in person since 2004 when she was reported missing in Pennsylvania.

Except that, according to Edwards, the aliases clearly began before 2004 because she was operating under a false name in 1997. Additionally, Edwards states that Kessler was keeping their son Evan from him when he was around 15 months old and social services took custody of him.

"At that point, she went to social services with a handgun to try and get him back and was arrested and then she skipped town after that. I hadn’t seen her since, and I went in place of her social services case, custody case and was awarded sole custody of him, and in the process terminated her parental rights."

Edwards says the timeline of what Kessler's mother said is all wrong and also just not factual.

"It was right around 1999-2000 [when social services took away her son Evan] that’s why I noticed in the interview that her mom was saying that he was born in 2004 but he was 6 years old in 2004. I have watched it several times, and that’s what it seems like she was saying -- that she had decided to take a different alias and go looking for Evan’s gravesite and that he was born in 2004, and I was just like none of this remotely adds up," says Edwards. "I mean, I’m not sure what she has told her mother, and I know what she has told me, and I know what has happened in our past and everything like that. All I know is from my side of it, what she told me was that she was trying to avoid her mother, and I guess what she was telling her mother was that she was trying to avoid me."

Connie Kessler has, in fact, seen Evan, according to Edwards.

Edwards says that when Evan was about six months old she showed up at their door unannounced and Kessler was not happy about it. She would not let her mother into the home.

Edwards made it clear he never told Kessler that Evan was dead. They had almost no contact during that time. Kessler was barring him from seeing his son. He was unable to spend Evan's first birthday or Christmas with him.

"Like I said, I haven’t spoken with her since she went to social services with a handgun trying to get Evan back from them. I mean I wouldn’t have told her that at all," says Edwards. "I don’t even know if she knows her parental rights were terminated. I don’t even know if she knows that I was rewarded sole custody, I don’t know what she knows. I honestly don’t because I haven’t spoken to her or seen her since before, you know, I got custody of him."

When asked if he knew, then Melissa but now Kimberly Kessler to be a violent person, after a long pause, Edwards says, "Yeah, she had a temper. Something happened right about the time that she had lost custody of Evan."

Edwards didn't want to go into detail of the event, it is something he has discussed with the FBI, but he said Kessler tried to rope him into a "violent event" right after she lost custody of Evan, before she was arrested and skipped town, and at that time he knew he had to part ways and get custody of his son.

Evan had not even so much as seen a photo of his biological mother until the FBI showed up at the Edwards household. He had lived his life happy, healthy and Kessler-free. Edwards had purposely kept her out of Evan's life because he knew her to be toxic.

"The truth does need to be told, the way her mom is portraying all this to have gone down is not the truth, and if she has any hope whatsoever in making contact with either of us, it is not going to happen," says Edwards.

Tim, his wife and Evan hope to put this behind them soon but says the focus should be on the Cummings family who is mourning a loved one.

"It kind of bothers me ... the fact that you know why is this even a discussion, we should be focusing on what’s going on there, on that side of it, I don’t even understand why her [Kessler's] mom would even try and bring this up or even dig this up, you know, this makes absolutely no sense other than trying to find an out for her daughter or an excuse or somebody to blame. I mean realistically we shouldn’t even be having this conversation, the focus should be on them," says Edwards.

"We’re hoping to get all this behind us so we can move on and hopefully things will work out for Joleen’s family as well."

First Coast News has requested the police report from the incident where Kessler allegedly showed up to social services with a handgun from the policing entity. Due to the age of the report, it is unclear if it will be supplied.

Destiny Johnson is a digital reporter with First Coast News who often reports on the crime beat. You can listen to her Jacksonville true crime podcast here and follow her on Twitter @Hello_Destiny.