The woman is hospitalized with apparent self-inflicted 'cutting/stabbing' wounds, according to police. The male was found shot to death in the home. 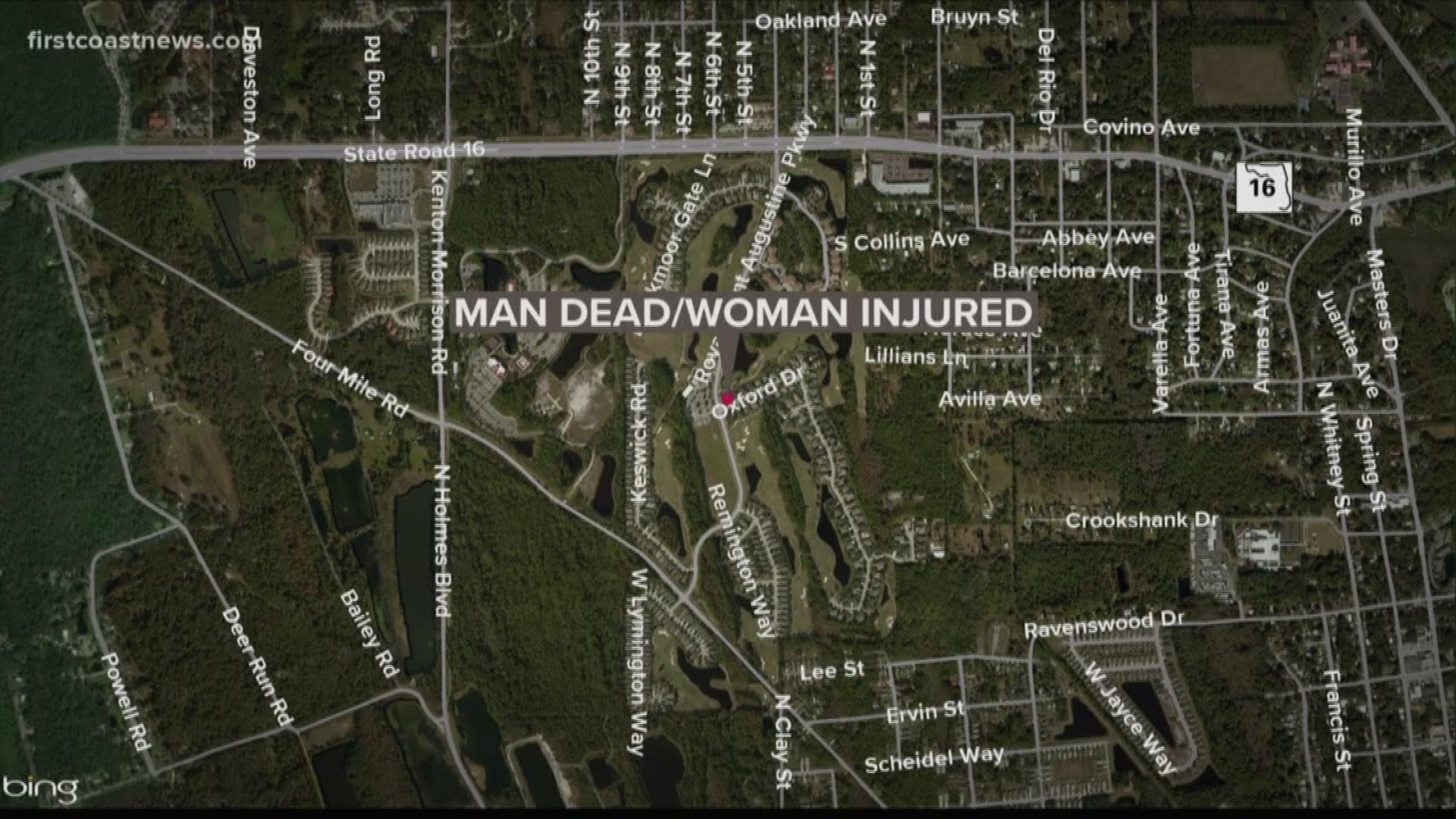 A woman is hospitalized with what police are calling self-inflicted stab wounds and an elderly man was shot to death at a St. Augustine home Friday afternoon.

St. Johns County deputies said they received a call from someone in a northeastern state who said a St. Augustine resident was going to harm herself and another person, according to a news release. Without having an address, investigators searched databases and began canvasing several locations and possible addresses.

Deputies eventually located a female sitting in a vehicle in a driveway in the 900 block of Oxford Drive. When she didn't respond to officers' commands, deputies approached the vehicle and found the woman suffering from self-inflicted "cutting/stabbing" wounds, the news release states.

She was taken to the hospital after officers rendered medical aid. Deputies entered the home and found the elderly man dead, according to the news release.

"Currently, there is no information present that anyone else is involved, although detectives are continuing the investigation into the incident," the news release states.