Duval student arrested for possession of firearm at high school

A high school student was taken into custody after bringing a 45-caliber firearm and ammunition to school. 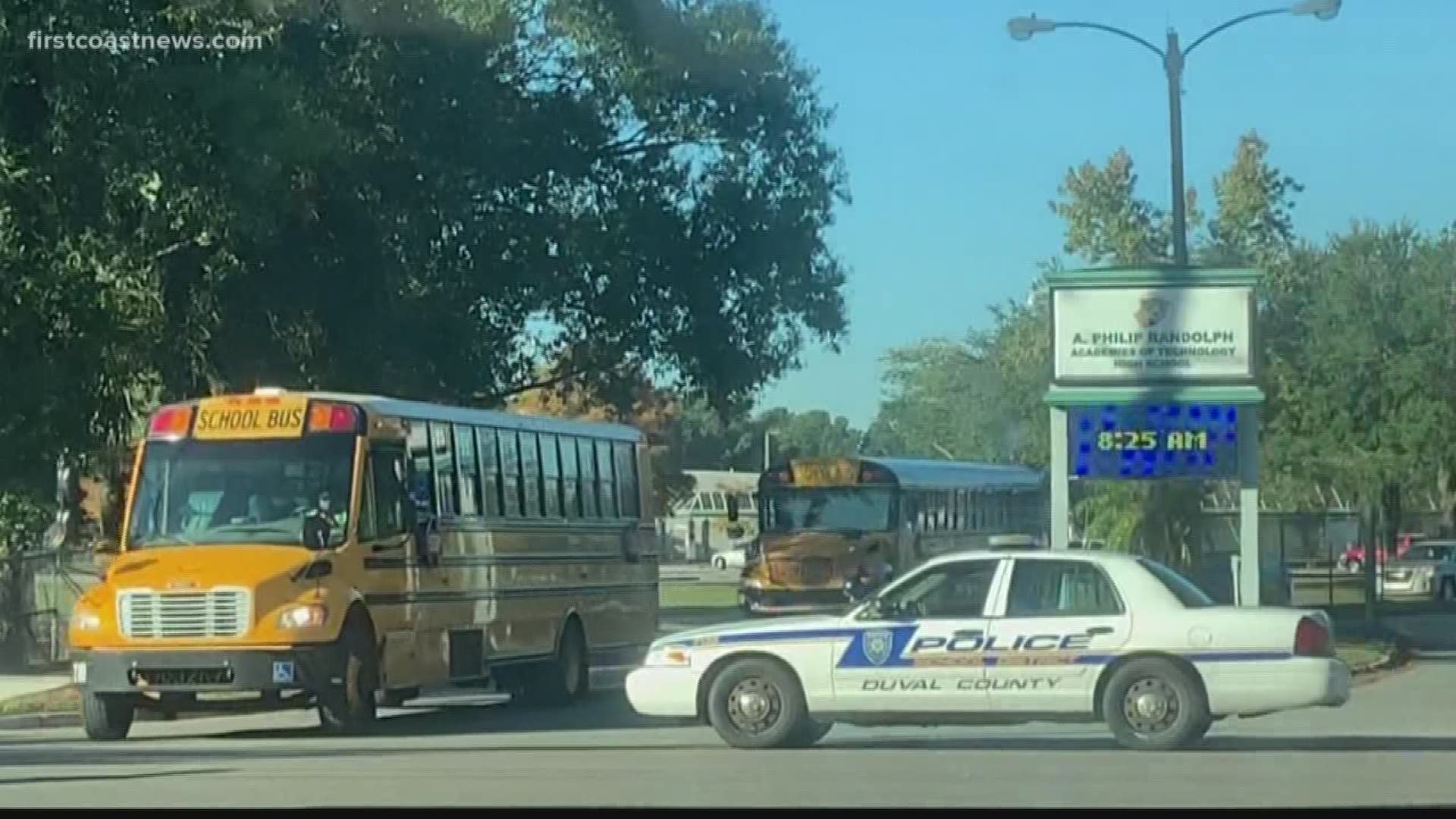 An unloaded 45-caliber firearm was recovered from a student's backpack at  A. Philip Randolph Career Academies in Jacksonville Tuesday morning.

The student, a 17-year-old boy, was arrested and charged with possession of a firearm on school property, law enforcement said. His backpack was searched because the student was involved in an altercation.

A magazine holding three rounds of ammunition was also found in his possession. Administrators took control of the firearm and magazine. No one was harmed during the incident.

The school's principal, Cathy Barnes, left a voicemail to parents to let them know what occurred. Part of the voicemail said:

"Today our school police arrested one of our students for bringing a firearm on campus. While the firearm was not loaded, the student was also in possession of a magazine with three rounds of ammunition."

Last year, the high school had a firearm arrest and a total of six arrests were made by police for firearm possession in the county.

As a result, all students at A. Philip Randolph will be screened daily with metal detectors before entering the school starting Wednesday. According to Superintendent Dr. Diana Greene, she made the decision to have the mandatory screenings at the school after Tuesday's incident.

"Last year [A. Philip Randolph] had an incident where a student brought a gun onto campus, and one time is one time too many, and again, our number one priority is to ensure that our students are safe when they’re at school," Greene said. "Anything we can do to put one more layer of protection for them, we’re going to do it and after yesterday’s incident, it was very important to me that we move forward with that extra layer of protection for our students."

Several parents, who didn't want to talk on camera, said they are glad the mandatory precaution is in place and said they feel safer sending their students to school. One parent said, however, she wishes the mandatory measure was put into place after the first incident last year.

Greene said she is looking at more safety measures at all of the high schools.

“As I stated, one time is one time too many, and we’re going to continue to review our safety and security measures that we have at all of our schools and if we see a need to make an adjustment, we will make that adjustment," Greene said. "Our schools are prepared. Our administrators are prepared, and our police department is prepared.”

Specifically, Greene is asking all high school principals in the county to talk with their school advisory committees early next year about whether or not they think mandatory screenings are needed at all high schools in the area.

She said then she will take that feedback and talk about it with the district advisory committee.

The number of metal detectors at Duval County secondary schools were increased in 2018. The daily screening at A. Philip Randolph will continue until the end of the school year.

RELATED: High school metal detectors in Duval County will be for occasional use